Ahead of its Time

Matthias Breschan is proud that his company is synonymous with innovation. "Innovation is the core of the company and it is of the utmost importance if one wants to keep the leading role and position in the business," says Breschan, the Austrian head of Rado Watch Co. Ltd. The Swiss luxury watch maker is known for its material innovation with scratch-resistant products. Breschan was in India recently to announce the launch of a new product, and said Rado would launch two more products in the first quarter of 2014. He said India has always been an important market for Rado. At a time when most luxury watch companies were focusing on Europe and the US, Rado had already established a presence in India. - Arpita Mukherjee

Pranav Curumsey, Member of the Executive Committee at Wikimedia India, Savithri Singh, Principal of Acharya Narendra Dev College, New Delhi, and Sunil Abraham, Executive Director at the Centre for Internet and Society, have diverse backgrounds. But they united for a common cause recently - the India relaunch of Creative Commons. A US-based non-profit organisation which enables the sharing and use of creativity through free copyright licences, Creative Commons first came to India in 2007 but seemed to go nowhere. The trio, through their respective organisations, now hope to advocate the use of free legal tools to make creative work such as art and music public. Says Curumsey: "Our work is explaining the licence and how to use it." - Goutam Das The Man from Mars

Since setting up his company's operations in India almost four years ago, M.V. Natarajan has managed to ensure a 20 per cent compound annual growth rate. With the recent launch of Galaxy chocolates in the country, the Managing Director at Mars International India has ensured innovative packaging that allows consumers to save their treat for later consumption. At `15, Galaxy is relatively affordable, as compared to the international rate. Natarajan, who has done the tough-as-nails sales, distribution and marketing drill for companies such as Coca-Cola India, also helped Reliance Retail set up its entire beverage and processed food segment. "I don't give up, and I love to take on challenges and stay the course," said Natarajan, who is currently scouting for a location to set up a manufacturing plant in India. - Shamni Pande 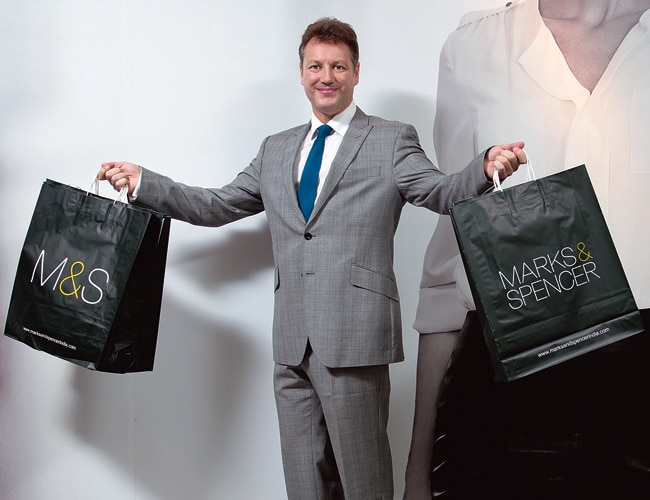 Jan Heere believes that any investment in a new country requires farsighted thinking and one shouldn't get bewildered by regulatory restrictions. "One has to understand 100 per cent how a business in a country operates, and have an approach for the long haul," says the International Director at Marks & Spencer (M&S), the UK-based retail giant. M&S's decision to partner with Reliance Retail in India has paid off, claims Heere. While Reliance Retail knows the Indian market and consumers well, M&S brought in international knowhow and best practices. M&S, which currently has 36 stores in India, plans to increase the number to 80 by 2016, making the country its largest international operation. "I won't say India is a straight-forward market. However, we have been able to adapt, we are comfortable and want to accelerate," he says. - Ajita Shashidhar For the Love of Travel

Every company should be alive to the fact that it needs to grow at all levels, says Ramesh Tainwala, President, Asia-Pacific and Middle East, and Executive Director, Samsonite Group. The world's largest luggage company, which Tainwala has been with for more than 15 years, will launch a new product in what he calls the popular segment in March. It would be targeted at the category that makes up 50 per cent of the global luggage business. "It will reach where travel is utility, and price sensitivity is much higher." Tainwala, who loves to travel, says Samsonite seeks to find and fill in the gaps in the market, with multiple brands in multiple categories. - Arpita Mukherjee 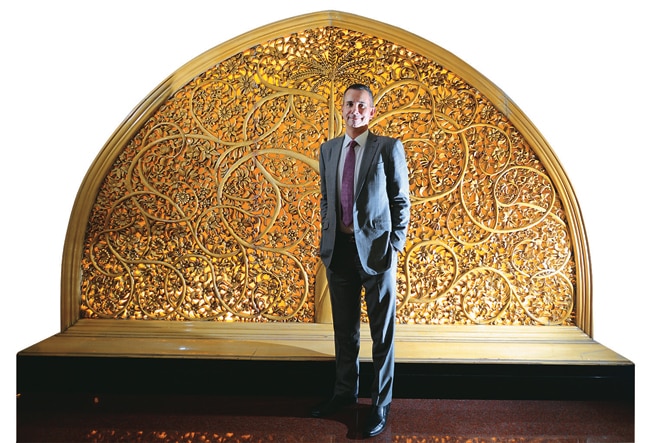 Oracle, which has traditionally been an enterprise product-centric company, is now seeing big consumer-driven IT trends such as mobility and cloud computing. And for Adrian Jones, head of Oracle's Asia Pacific business, the trend starts at home. His three boys, Jones says, are always on the phone. "It is a whole generation change... Mobility is the biggest trend," he says. In India, cloud computing is bigger than mobility. Oracle is, therefore, adding more people in the country to drive adoption in cloud. According to Jones, it is the right time to invest in more countries like India. "In India, companies are talking about cloud, and are ready to put their data in a public environment." says Jones. - Sunny Sen "In today's world you can't build a brand seamlessly unless an agency builds in all the three disciplines of creative, design and technology. There has to be a fusion between those who build brands and those who facilitate technology," says adman Ravi Deshpande. The former chairman at Contract Advertising now has his own venture, Whyness. According to Deshpande, it is an integrated agency in the true sense, where creative minds would build brands in partnership with design and technology. "The work you are going to see from us would be truly integrated," says Deshpande, who is close to signing up his first set of clients. Whyness has, meanwhile, already partnered with Findability Sciences, the US-based big data technology company, and French branding and design firm Seenk. - Ajita Shashidhar