Room to Grow
Simon Cooper does not remember the last time he spent an entire week in Hong Kong. The city is currently home to the Asia Pacific head of Marriott International, from where he manages the operations of 16 countries, including India. Marriott, which operates 23 hotels in India, has another 50 in the pipeline. Cooper blames the low average room rates and occupancy levels (in the Indian market) on the oversupply of rooms. He says that many big cities such as Delhi, Mumbai, Chennai and Bangalore have not absorbed all the supply. "The existing supply needs to get absorbed. Growth is built into the Indian economy automatically. Our challenge is how best to use that growth for the benefit of our brands." According to Cooper, Marriott is now heavily focusing on the mid-market segment. "In terms of the actual number of hotels that we expect to sign up and open in the next three to five years, Fairfield and Courtyard would be the leading brands because these hotels are easier to do and can be opened in smaller cities." Finbarr Moynihan, GM, International Sales & Marketing, MediaTek Photo: Aditya Kapoor/www.indiatodayimages.com
Chipping Away
An engineer by training, Finbarr Moynihan, who heads sales and marketing at MediaTek, was in India recently to launch octa-core mobile processors in the country. These come barely a year after the Taiwanese chipmaker launched quad-core processors. The emergence of local brands in India and China excites Moynihan, who spends three weeks a month travelling, and loves to cook and ski. "These guys are growing their market share. The nice thing is that consumers are ready to accept their products even in the high-end premium price category." Besides global companies such as LG, MediaTek's client list includes local brands such as Spice, Micromax, Lava and Karbonn. Spice was MediaTek's first Indian customer back in 2007.* Devendra Chawla, CEO, Food Bazaar Photo: Vivan Mehra/www.indiatodayimages.com
A Man's Place
Come weekends, and Devendra Chawla, the newly designated CEO of the Future Group's food business, is invariably in his kitchen, trying his hand at some global cuisine. "I come across some interesting ingredient or recipe during my interactions with suppliers almost every day, and I am tempted to try it out." As CEO of the nearly Rs 5,000-crore Food Bazaar, Chawla's emphasis would be
not merely on setting up more Food Bazaar stores, but to strengthen its private brand portfolio in foods. Kishore Biyani, Founder of the Future Group, India's biggest retailer, has on many occasions said that his vision is to behave not just as a retailer but also to be known as a creator of brands. And Chawla is set to make his mentor's vision much larger than that.

Gaurav Burman, Director, Dabur Intl Photo: Ramesh Sharma
Healthy Option
After some years in the private equity industry in the US, Gaurav Burman, Director, Dabur International, has been managing the private investments of the Burman family back in India. He recently entered the fast-growing home care services sector partnering with UK-based HealthCare at Home. The venture will help offer critical services such as oncology, pulmonology and palliative care to patients in their homes. "Home care services in India are restricted to nursing bureaus. It's a no-brainer that services like ours will do immensely well," says Burman, who plans to invest about Rs 200 crore in the venture over the next four to five years. 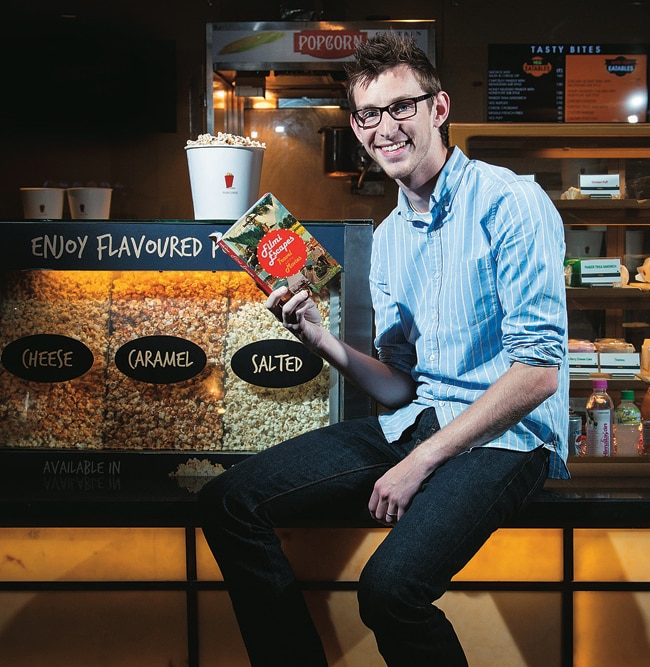 Daniel Houghton, COO, Lonely Planet Photo: Danesh Jassawala
Not So Lonely
Travelling is an integral part of Daniel Houghton's life. On his maiden visit to India recently, the Chief Operating Officer at Lonely Planet, the Australia-based leading travel guide book publisher, launched Filmi Escapes - Travel with the Movies. Inspired by Bollywood, the book is the first-ever travel guide on popular film locations in India. "Indians are very passionate about films," says Houghton. According to Lonely Planet, which is in its 40th year, about 800,000 domestic trips are undertaken in India annually and the number will only go up as travel becomes increasingly affordable. As far as outbound travel (from India) goes, more than 50 million trips will be made by 2020. Jaydev Mody, Chairman, Delta Corp Photo: Danesh Jassawala
What Happens in Vegas
Jaydev Mody, the undisputed leader of the gaming business in India, wants to bring Las Vegas-style gaming and entertainment to the country. His company, Delta Corp Ltd, the only listed gaming company in India, recently rebranded itself as Deltin, and is all set to launch an integrated casino property in Daman early next year. "Our Daman property will be an integrated gaming facility with electronic gaming. It is virtually like live  gaming, as it gives the same thrill and experience," says Mody, who also loves to bet on horses. "Indians love to gamble, like the Chinese… We have witnessed 25 to 30 per cent compound growth year-on-year." Mody has now set his eyes on Sri Lanka, where he has already invested in an 11-acre plot. He is also keen on having a presence in Sikkim.