Over the past fortnight, Mukesh Ambani and Reliance Industries have been in the limelight. Ambani reclaimed his spot in Forbes' list of the world's richest people - the business tycoon is now the 20th richest man in the world.
Devika Singh | Print Edition: May 21, 2017 Man of the Moment

Over the past fortnight, Mukesh Ambani and Reliance Industries have been in the limelight. Ambani reclaimed his spot in Forbes' list of the world's richest people - the business tycoon is now the 20th richest man in the world. His company, Reliance Industries Limited (RIL), has regained its spot as India's most valuable company. Both these developments came on the back of an increase in market capitalisation of RIL whose shares have been rallying lately. TCS had replaced RIL as India's most valuable company four years ago; however, the shares of the IT company have been on a downward trajectory. RIL reported a strong fourth-quarter growth, much ahead of analyst expectations. The company saw a 12.3 per cent rise in its net profit - from Rs 7,167 crore a year ago to `8,046 crore - for the quarter ended March 31.

Here for a Year Cabinet Secretary Pradeep Kumar Sinha has been granted a one-year extension. According to an order issued by the Department of Personnel and Training, the Appointments Committee of Cabinet has approved his extension till June next year. Sinha was appointed Cabinet Secretary in May 2015 for a two-year term. His predecessor Ajit Seth was given two one-year extensions and had served the post for a total of four years. A 1977-batch IAS officer of the Uttar Pradesh cadre, Sinha has served as Power Secretary, Shipping Secretary, and held several other important positions in the Central and state (UP) governments. An Economics graduate from St. Stephen's College, Sinha holds a Master's degree in Economics from Delhi School of Economics and an MPhil degree. 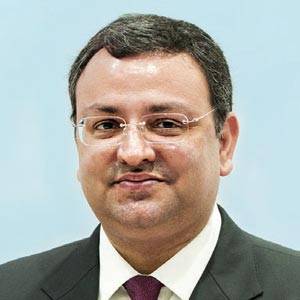 Cyrus Mistry faced a major setback when the National Company Law Tribunal (NCLT) refused to grant a waiver to Mistry family firms on the eligibility criteria of minimum 10 per cent shareholding, which is required under the Companies Act for moving the petition against Tata Sons. In turn, Mistry's main petition alleging mismanagement and oppression of minority shareholders was automatically dismissed. In a separate turn of events, Cyrus Mistry's elder brother Shapoor Mistry resigned from the board of Indian Hotels. Shivinder Singh and Malvinder Singh have decided to exit their health insurance arm. Religare Enterprises Ltd is selling its 80 per cent stake in Religare Health Insurance Company Limited (RHI) to a group of investors led by True North. As per a statement issued by Religare Enterprises, the transaction values RHI at `1,300 crore. Other investors in the deal include PE firm Faering Capital - led by Aditya Parekh and Sameer Shroff - and Gaurav Dalmia. Baba Ramdev's Patanjali Ayurveda is in trouble yet again. Defence canteens have stopped stocking Patanjali's Amla juice after it "failed to clear a laboratory test and was found unfit for consumption". The Ministry of Defence's canteen stores have cancelled the sale of the product in all its depots across the country as soon as the report came out. It has also sent a show cause notice to the company seeking an explanation. Patanjali Ayurveda, meanwhile, has asked for a test to be conducted as per the norms of the AYUSH Ministry, as the product, according to the company, is an Ayurvedic medicine.