Critical policy issues have been hanging fire as Members of Parliament have staged walkouts more often than debated legislations. Here are a few Bills awaiting their attention. 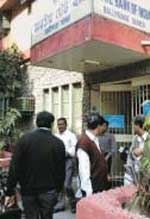 Critical policy issues have been hanging fire as Members of Parliament have staged walkouts more often than debated legislations. Here are a few Bills awaiting their attention.

Introduced on:  December 18, 2006
Status: Standing committee report received on August 30, 2007
Serves the Purpose of: The Bill will enable the State Bank of India to raise funds for its expansion and also shore up its capital base.The Bill prescribes a minimum government stake of 51 per cent in the bank against 55 per cent now.

SBI needs Rs 25,000 crore to maintain a capital adequacy ratio of over 12 per cent by 2013 and Rs 1,93,172 crore by 2013 for its expansion needs. The Bill will let India’s largest bank split its shares, undertake preferential or private placement of shares and issue bonus and preference shares. 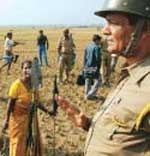 The Land Acquisition (Amendment) Bill, 2007 and the Rehabilitation and Resettlement Bill, 2007

Introduced on: December 6, 2006
Status: Standing committee report received on October 23 2008
Serves the Purpose of: Both these Bills aim to avoid Singur-type fiascos, but have run into serious disagreements between different political interests. They propose that a state government can acquire up to 30 per cent of the land required for a private project if the promoter acquires the rest. The Standing Committee, however, wants states to be allowed to buy all the land needed for such projects. To ensure fair payments to land owners, the Standing Committee has recommended that the market value of land for such purposes be fixed at 150 per cent of the highest registered sale in the last three years. The Bill also proposes allotment of equity shares in projects to people affected and displaced by them. 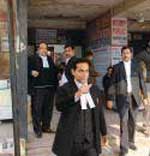 Introduced on: December 15, 2006
Status: Standing committee report received on November 27, 2007
Serves the Purpose of: The Bill will give a big push to firms of chartered accountants, lawyers and venture capitalists in growing to global scales—sectors where Indians are held back despite tremendous potential by outdated laws and rules. At present, partnership firms in these professions cannot have more than 20 members, but the Bill will scrap the cap, removing the barrier to expansion. More importantly, the Bill will end the unlimited liabilty that devolves upon every partner for acts committed by other partners and by the partnership as a whole. It will limit a partner’s liability to the extent of his investment in the firm. 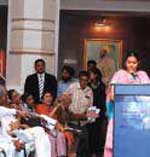 Introduced on: October 23 2008
Status: Just introduced
Serves the Purpose of: The Bill will replace the existing Companies Act, 1956, which governs corporate affairs in India. The existing Act has more than 800 provisions that are no longer relevant. The new Bill will introduce far-reaching changes in the regulatory environment for the corporate sector, empower shareholders and limit the government’s role in business. It will allow individuals to form and own One-person Companies, let shareholders cast votes at company AGMs through e-mails and permit directors to attend board meetings through video-conferencing. It will make insider trading a criminal offence.

How times have changed