A bird’s eye view of what’s hot and what’s not on the government’s policy radar.

After a four-year delay, the Government paved the way for 49 per cent foreign direct investment in insurance companies by clearing a comprehensive insurance Bill last fortnight. The Government plans to table the Bill in Parliament in December, after which it will have to be referred to the Standing Committee on Finance for its views. Foreign investors could infuse Rs 3,750 crore into the capital-intensive sector, Aviva Life Insurance, India has forecast. “An increase in the limit may increase the total FDI in the life insurance industry by almost 2.5 times from the current levels of Rs 2,500 crore,” the company said. The total capital base of the industry—life and non-life insurance—is Rs 8,500 crore, at present. 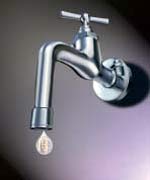 The ensuing capitalisation, if it is permitted, will be a much needed shot in the arm for a number of Indian insurance companies, many of which are unable to expand business owing to the inability of the Indian partners to inject the required funds. For every policy they sell, insurance companies must shore up their capitalisation in line with regulations. The Indian insurance sector is bigger than commonly understood to be. It accounts for 7 per cent of the GDP. The life insurance industry is growing at the compounded annual growth rate of more than 30 per cent. Still, barely 20 per cent of the population is covered.

The paucity of funds is one of the biggest constraints to deepening the penetration. “The proposed increase in FDI will add to the foreign inflow into the Indian economy, giving it a boost, and will enable the insurance industry to grow and reach out to the length and breadth of the country,” says T.R. Ramachandran, MD & CEO, Aviva India. “Increasing FDI will also help the insurance sector to further expand, launch innovative distribution channels, upgrade technology, enhance the current product portfolio and bring in global best practices.”

Other provisions cleared by the government include opening the doors to foreign reinsurers, such as Lloyd’s of London, for setting up branches here and lowering the floor capital requirement for standalone health insurance companies to Rs 50 crore from Rs 100 crore.

The euphoria seems somewhat premature, however, since it is anybody’s guess on the time the global finance industry will take to recover from the setback of the su prime disaster that is still unfurling. In fact, the US government has seized control of insurance giant American International Group (AIG), which sells insurance in India in collaboration with the Tatas via an unprecedented $85-billion bailout. Indian policy makers, it seems, dilly-dallied on the decision for a bit too long. The money bags Indian insurance companies were banking on, in the meanwhile, have gone bust.

The fight gets real