The three new agriculture laws will shift the power centre of agriculture trading from established APMC markets to corporate players in a gradual manner. But will the transition be smooth? 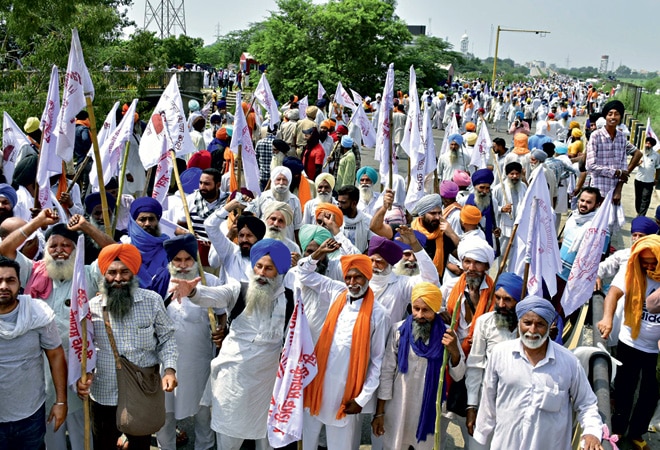 Even as the Central government was busy getting legislative clearances for three Bills meant to liberalise Indias agricultural trade during the curtailed monsoon session of Parliament, a couple of Farmer Producer Organisations (FPOs) in Tamil Nadu were sitting pretty on the contracts bagged from bulk buyers. While Pasumai Groundnut Producer Company Ltd, Trichy, has an agreement for groundnut cultivation on 500 acres of land for export to Malaysia, Greeners Agro Products gets farmers to cultivate red bananas on 150 acres. The direct linkage between the farmer and the buyer, and the role of FPOs that stitch together such contracts, along with the freedom to trade any quantity of agricultural produce within the country and abroad - the key objective of the three farm Bills passed in Parliament - was already on display in the southern state.

"If you look at the Bills from the FPOs' point of view, it is a boon. It allows large-scale aggregation and large-scale trading without the restrictions of mandis (existing markets). FPOs can go for higher volumes of aggregation and marketing. It sets the right ground," says E. Vadivel, Strategic Advisor, Tamil Nadu Consortium of Farmer Producer Company Ltd, a state-level apex producer company that supports and serves its member FPOs, including the ones who have bagged the groundnut and banana cultivation contracts. Tamil Nadu has an early mover advantage. It was among the first states to enact the Contract Agreement Act. The state has about 700 FPOs, one tenth of the around 7,000 FPOs currently registered in the country, says Vadivel. So, there are farmer-led organisations in other states, too, who find the situation advantageous. While it is a good sign to see farmers getting prepared for a life beyond traditional marketing avenues, their presence is too insignificant when one considers the size and scale of Indian agriculture. There lies the challenge and scope of the new Bills. It also explains the farmer agitations going on in different parts of the country, especially in Punjab and Haryana, against the Bill.

On June 5, the government passed three Ordinances meant to bypass existing laws that govern agriculture trade in the country. It eased procurement of foodgrains and other agricultural produce during the pandemic-linked lockdown. Three months later, in the third week of September, three Bills were brought in to get legislative approvals for these ordinances and thereby enact them as laws. The first one, The Farmers' Produce Trade and Commerce (Promotion and Facilitation) Bill, 2020, allows farmers and traders to sell and purchase farmers' produce through alternative channels outside regulated APMC markets (mandis), without paying fees or levies to the state government. The second, The Farmers (Empowerment and Protection) Agreement on Price Assurance and Farm Services Bill, 2020, provides a national framework for contract farming agreements with agri-business firms, processors, wholesalers, exporters or large retailers for farm services and sale of future farming produce within a mutually agreed remunerative price framework. The third one, The Essential Commodities (Amendment) Bill, 2020, gives the Centre powers to regulate the supply of certain food items, including cereals, pulses, potato, onion, edible oilseeds and oil only under extraordinary circumstances such as war, famine, extraordinary price rise and natural calamity of grave nature .

"FPOs are happy. Even bulk buyers and corporates are also very happy with the situation," says Pravesh Sharma, Funder, National Association for Farmer Producer Organisations (NAFPO), a multi-stakeholder platform with FPOs, corporates and NGOs as members. Many others also share his views. Ashok Prasad, CEO and Co-founder, Unnati, a fintech-based agri platform, terms it "a revolutionary step in transforming the agriculture sector and enabling farmers to become more competitive."

Broking firm Motilal Oswal says the changes will bring in greater competition amongst buyers, lower mandi fees and commission for arthiyas (commission agents), and reduce other cess that many states have imposed on APMC (Agriculture Produce Marketing Committee) markets. "These reforms have the potential of opening up many private mandis that are far more efficient, automated and mechanised, thereby replacing age-old practices in state-sponsored mandis. Contract farming would provide farmers access to modern technology, ready markets for his agri produce and better inputs. As private sector participation increases over the years, the Indian agriculture sector's supply chain and infrastructure would improve," Motilal Oswal research analysts concluded in an investor note.

Then why are farmers protesting?

Kiran Vissa, Co-convenor of National Alliance for Sustainable Agriculture, an entity in the forefront of protests against the Bills, says they should be called "APMC Market Collapse Bill", "Contract Farming Promotion Bill" and "Corporate Hoarding of Food Commodities Bill" as that is what the reforms will lead to. 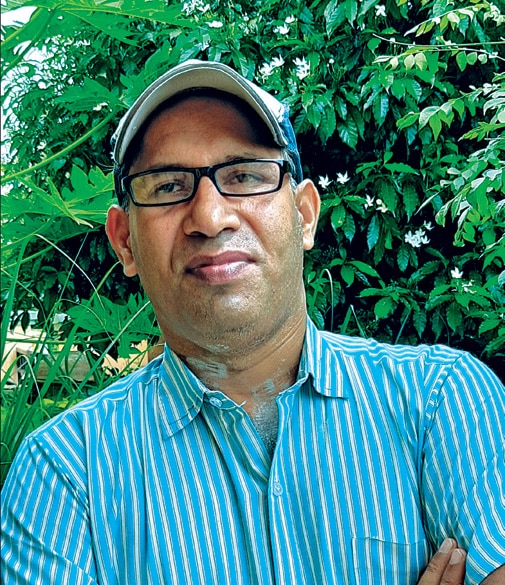 According to Vissa, since the day the ordinance was promulgated, the arrival of farm produce to APMC markets has seen a reduction. "From June to August, there has been a significant reduction in mandi arrivals. Part of it could be due to the lockdown, but it also shows that traders operating within the mandi have started to procure from outside to save on charges and levies."

The eventual collapse of government-controlled markets will not help farmers, he adds. The prices farmers fetch in Bihar where APMC mandis were dismantled 14 years ago are still subdued. "If APMC mandis collapse, then a Bihar-kind of situation can get replicated in other places also. The government is washing its hands off this responsibility by saying we are giving freedom to companies and farmers to negotiate and come up with a good price." Farmers, he says, are too weak to negotiate a fair deal with big buyers. The removal of food items from the Essential Commodities Act is likely to lead to stocking up of primary food produce by players with deep pockets to maximise profits. The plight of small and marginal farmer will be particularly bad if they are not helped to make use of the new system.

In a recent study, Azim Premji University researchers Richa Govil, Annapurna Neti and Madhushree R. Rao have pointed out that around 7,000 farmer producer companies covering over 4.3 million small producers in the country represent only a fraction of agricultural households. These numbers need to more than double over the next few years to cover 10 per cent of agricultural households in India, according to the study. In fact, 50 per cent of such firms are located in just four states, whereas there are 32 districts in the country with over 1 lakh farmers, but not farmer producer companies. The fact that 49 per cent of such companies have a paid- up capital of Rs 1 lakh or less points to the need for financial resources to support organisations.

"All the recent efforts of the government are to liberalise agricultural economy and open it for the global market. Most of these concepts, including that of FPOs, have come from other countries. But before those countries opened up their agricultural sector, they had such institutions already in place. They had prepared the ground, prepared their farmers, before they reformed. Unfortunately, that did not happen here," says Yogesh Dwivedi, CEO, Madhya Bharat Consortium of FPOs. With 155 FPOs on board in six years, he still finds it tough to compete with big buyers.

"We have a network of 2.24 lakh farmers, but our capital base is not very strong. We don't have storage facilities. There aren't enough rural agri-business professionals to guide our FPOs. Now that you have opened the markets, how will we win the race? World over farmers have 100-200 hectres of land. In India we are even less than one hectre," he adds. "Big players can set up infrastructure, we cannot. Even if we enter into contract farming with big players, it may not be on our terms. You have to empower farmers and FPOs, only then they will be able to get the benefit of reforms. Otherwise it will go to a few big players."

Dwivedi wants large-scale automation to manage the entire purchasing system for a level-playing field. "Today there is no transparency. It is completely based on human discretion, and is a non-transparent selection. The infrastructure should be set up by the government... Otherwise small farmers and FPOs will be taken for a ride. It is unfair competition at the moment," he adds.

Some are in favour of strengthening APMCs as well. Chetna Gala Sinha, Founder, Mann Seshi, which promotes an all-women farmer producer company, Mann Deshi Kisan Producer Group in Maharashtra, says: "APMCs are the closest to farmers. Make them professional. This is an opportunity."

Mann Seshi Foundation and NAFPO have asked the agriculture ministry to ensure five enabling conditions for the success of these reforms. These include availability of institutional credit, storage and collection centres at the village level, use of technology to make the produce more competitive, encouragement to export surplus produce and establishment of institutions for capacity building at the FPO level.

Former Agriculture Secretary Siraj Hussain says the impact of the reforms will be first seen in basmati rice. "The basmati paddy is likely to move out of the APMC, so the impact should come immediately. Whether basmati farmers get higher prices or not is the question."

With another bumper crop expected - the first advance estimates of production of major Kharif crops released on September 22 suggest a record 144.52 million tonnes of foodgrain production in the 2020-21 crop season - any early positive signals can bring in a major shift in the farmers approach towards the new system. And therein lies its success.