States finally have headroom to borrow more from the market. But there's a cost to it 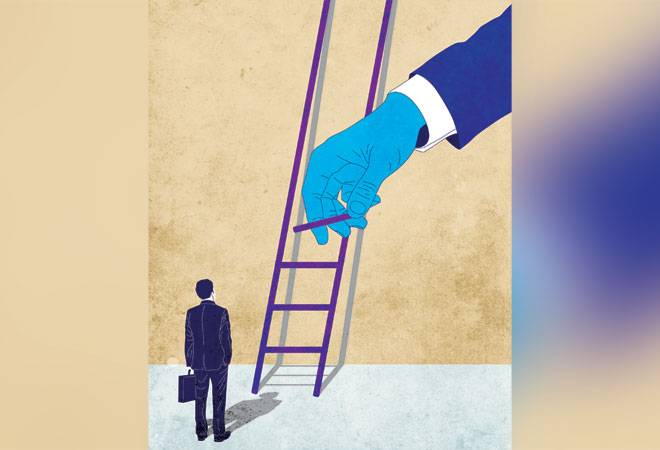 The road to fiscal consolidation is never easy. It is, in fact, fraught with serious economic consequences.

For instance, the Centre's fiscal deficit was 2.5 per cent of gross domestic product (GDP) just before the global financial crisis hit the world in 2008. Government stimulus pushed it to a high of 6.5 per cent in FY10. It took almost a decade to bring it to sub-4 per cent - it was 3.33 per cent of GDP in FY20, far higher than the 2.5 per cent in FY08. And there is no likelihood of it coming down to 3 per cent any time soon.

Similarly, the Uday bonds scheme for the power sector - state governments took over 75 per cent of discoms' debt and pay back lenders by selling bonds - actually had a negative impact on states' fiscal position between 2015 and 2017. Their balance sheets are yet to recover from that shock. And there is no chance that they will recover anytime soon.

Under its economic stimulus package to combat the effect of Covid-19, the Centre has increased the borrowing limit for states from 3 per cent to 5 per cent of gross state domestic product (GSDP). This means states can borrow Rs 4.28 lakh crore more to meet Covid expenditure and shortfall in revenues due to the lockdown. But additional borrowing brings in additional risks as well. State governments have to navigate judiciously ahead.

While the Central government has acceded to state governments' demand for increasing the borrowing limit to 5 per cent of GSDP, this has come with a set of riders. States are permitted to borrow up to 3.5 per cent, or around Rs 7.5 lakh crore, unconditionally. For the next 150 basis points (100 basis points is 1 percentage point), they have to follow certain conditions. The first 100 bps of this has to be linked to "clearly specified, measurable and feasible reform actions". These include universalisation of the One Nation, One Ration Card Scheme, and improvements in ease of doing business, power distribution and revenues of urban local bodies. The last leg of 50 bps will be unlocked depending on how states score in three of the four reform areas.

So, how difficult is it for states to achieve these objectives? T.S. Singhdeo, Minister of Commercial Tax, Chhattisgarh, says One Nation, One Ration Card is not very difficult as ration cards are already linked to Aadhaar. "Earlier, you could duplicate ration cards, but with Aadhaar-linking, fudging ration cards is anyways not possible."

On reforms in power sector and urban local bodies, he says, "Reforms in urban local bodies mean you are forcing states to increase taxes on people. Same thing with power. You are saying we won't allow you to borrow more if you offer power subsidies. Again, you are encroaching upon rights of states to provide relief to farmers and citizens."

According to Abhijit Sen, Economist and Former Member, 14th Finance Commission, most of the conditions relate to the ease of doing business, and are in any case difficult to measure. "There will be so much confusion on the issue that it cannot be done," he adds. He warns that by the first half of the current financial year, states will end up spending the entire 3 per cent, and if they are left with no money after that, there will be such a huge demand squeeze that the economy will go into recession.

The cost of borrowing is also likely to shoot up for states. The combined gross borrowings of the Centre and states have been revised to Rs 22.69 lakh crore for FY21, 50 per cent higher than what was budgeted for the year. In fact, states were already struggling to raise budgeted borrowings. State governments usually tap the bond market in the second half of the year, but this year has been unusual. Cash-strapped states flooded the market with bonds post-lockdown as their coffers ran dry. "This resulted in higher costs as yields shot up," says Barendra Kumar Bhoi, Former Head, Monetary Policy Department, Reserve Bank of India (RBI). For example, the Kerala government had to pay 8.96 per cent to mobilise some Rs 2,000 crore. The Centre raises funds at around 6 per cent while states pay 7 per cent-plus. The RBI had earlier come to states' rescue by increasing the overdraft facility - short-term temporary funds - for a period of three months.

But now, with a much larger borrowing programme, the central bank will struggle to manage yields. Given the limited savings in the economy , the states are likely to pay higher interest rates on their market borrowings.

The coronavirus outbreak has put the spotlight on the Centre-state relationship. With GST, states had given up their powers to levy a number of service-related taxes. "There is financial and economic disempowerment of states, which is not good in the long-term interest of states," warns Suresh Kumar, Chief Principal Secretary to Punjab Chief Minister Amarinder Singh.

According to Ranen Banerjee, Lea-der at PwC, GST revenues of states are protected as the Centre compensates them in case of any shortfall. The bigger issue, he says, could be devolution of the Centre's tax pool. Falling GST collections will mean shrinking of the overall tax pool for distribution to states. In FY19, states had received Rs 7.6 lakh crore from the Centre's tax pool. The figure works out to be Rs 6.5 lakh crore according to the revised estimate for FY20. This share might fall by another Rs 1 lakh crore, estimates Banerjee. For instance, Uttar Pradesh, which gets 18 per cent of the divisible pool, could lose around Rs 18,000 crore. This is over and above the loss of state goods and services tax and other state taxes.

Given the sharp fall in revenues, the other difficult task for state governments is to cut capital expenditure sharply - the money spent on creating assets such as roads, infrastructure, etc. Capital expenditure is generally one-fifth of states' budgets.Punjab Finance Minister Manpreet Badal told Business Today the state had budgeted for Rs 10,000-crore capital expenditure, which it would have to defer to the next financial year. In fact, the Centre's move to invoke the Disaster Management Act 2005 (some states had earlier invoked the Epidemic Diseases Act 1897) has centralised power. "There is nothing wrong since the Central government has a legitimate role to play, but it is also a fact that ultimately the burden of handling the pandemic has fallen on weak shoulders of states," says Govinda Rao, a member of the 14th Finance Commission.

Experts believe states have a bigger role to play, especially in public health, public order and feeding the poor and the migrants. Though the Central government finally agreed to states' demand for higher borrowing, it attached certain conditions. Some also cite the suspension of the Parliament Local Area Development fund of close to Rs 8,000 crore as another example of decision-making becoming centralised.

States generate 60 per cent resources themselves while the remaining 40 per cent comes from the Centre in the form of devolution and grants. Both taps have dried up due to the lockdown.

According to Badal, Punjab is staring at a revenue loss of Rs 20,000 crore out of the budgeted Rs 88,000 crore in FY21. NCP Chief Sharad Pawar, who is part of the Maharashtra government, expects a revenue shortfall of 40 per cent (around Rs 1.40 lakh crore). Desperate to mobilise funds, cash-strapped states recently opened liquor shops in the middle of the lockdown. Liquor is one of the largest contributors to states' tax pool. In fact, Andhra Pradesh and Delhi increased tax rates on liquor sales by 50-70 per cent, followed by others. But the move has its own pitfalls as well. "You can raise taxes but not beyond a limit. Otherwise, consumption will go down," says Suresh Kumar.

States should now look at mopping up more non-tax revenues such as from lotteries and profits and dividends from state PSUs. Also, they need to reduce inefficiencies and cut costs thro-ugh effective use of technology. Losses incurred by discoms will hit state finances. Farm loan waivers could also affect states' fiscal consolidation drive. Farm sector reforms should be dealt with more judiciously. Also, taxes and incomes can increase if states manage to attract more investments.

The Centre has released around Rs 11,090 crore for states under the Disaster Risk Management Fund and Rs 14,013 crore as GST compensation cess. It has also provided another Rs 15,000 crore under the Emergency Health Response Package. "The Centre has already released all payments in advance, and it has been very liberal in taking all necessary steps. Despite us being in such an extraordinary situation, payments have been released without any delays," says Chief Economic Adviser Krishnamurthy Subramanian.

However, the long-term solution lies in being fiscally prudent. States have to take the fiscal consolidation path, which will help them borrow at lower rates, and also keep headroom for future emergencies such as pandemics or natural disasters.

States have to plan to exploit opportunities that will arise from the shift in global supply chain post-coronavirus. Land reforms, by addressing farmers' concerns, are also the need of the hour. The Centre should closely work with farmers to make the best use of land resources. Electricity distribution and tariffs should be another focus area. The whole agri space offers numerous opportunities for states. Similarly, state PSUs should be overhauled by ensuring more professional management, lesser political interference and hiring ofconsultants to chart out the future course of action.

This time, the Centre has hiked borrowing limits for states. But state governments need to shore up revenues and address expenditure issues to equip themselves adequately to tide over any future crisis.

How to Make FTAs Work