Who needs a standalone navigation device? 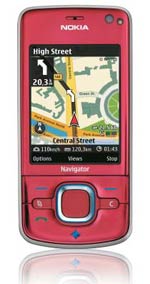 Nokia’s play is simpler, dictated by a $8-billion (Rs 34,400-crore) acquisition of map-making company Navteq in 2007—put navigation in as many mobile devices as possible and given that Nokia is the leader in the mobile devices space, in the virgin navigation market of India, the combination is bound to succeed.

There are only a few problems with the Navigator. The first is that it is still a phone. This means it is useful in getting an Assisted-Global Position System (A-GPS) fix but is a bit of a pain if you’re trying to find something and a call comes. The second is that Nokia only has maps for eight Indian cities.

But these are little niggles. On the whole, for Rs 18,200, the Navigator is a great phone for those who live in the eight chosen cities and have an awful sense of direction.