In September 2011, Sanjoy Roy, Managing Director of Teamwork Productions, the company which organises the Jaipur Literature Festival (JLF), got a call from the US-based wellness guru, DeepakChopra. Chopra, author of numerous books, and already slated to speak at the next staging of the festival in January 2012, had an unrelated request - US talk show queen Oprah Winfrey was interested in attending, too, so would Roy kindly invite her?

Roy promptly did so. And Winfrey's session turned out to be the biggest draw of the festival.

"It is a measure of the popularity of the JLF that some celebrities have begun to approach us, instead of it always being the other way round," says Roy. 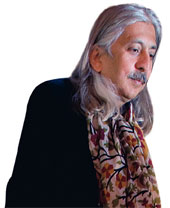 'In the six years that we have organised the JLF, we have broken even only twice,' says Sanjoy Roy, producer, Jaipur Literature Festival.
Begun as part of the larger Jaipur Virasat (heritage) Festival in 2006 in a small room in Rajasthan University, the JLF became an independent entity two years later and since then has grown and grown - the last one, held this January, featured 293 speakers and an estimated 200,000 visitors across its five days.

It is now the biggest such festival in Asia, and listed among the five biggest in the world - the other four, all much older, being the ones at Edinburgh, Hay-on-Wye (in Wales), Berlin and Sydney.

Some of the most talked of names in world literature have attended the JLF, including three Nobel winners - Wole Soyinka in 2010, J.M. Coetzee and Orhan Pamuk in 2011 - numerous Booker Prize winners and globally bestselling authors such as Amy Chua (Battle Hymn of the Tiger Mother) and Candace Bushnell (Sex and the City). Salman Rushdie visited in 2007 and would have done so again in 2012, but for the unwillingness of the state government to provide him adequate security in the face of fundamentalist threats.

The JLF success has in turn sparked off a rash of similar festivals across the country, not only in the metros and state capitals but also in seemingly unlikely places like Kasauli and Mussoorie, Agra and Shillong.

"Jaipur has become a template," says Amrita Chowdhury, co-author - along with Hillary Greene, Tarun Khanna, and Dennis Yao - of a case study of the JLF carried out by Harvard Business School (HBS). "Every Indian city wants to host one, and many literature festivals outside India have also been triggered by the success of Jaipur."

Indeed, a number of cities in neighbouring countries have caught the fever: annual literature festivals are being held in Thimpu and Galle, in Kathmandu and Lahore. With Myanmar opening up, even Yangon held its first literature festival early this February.

"At last count, there were nearly 30 literature festivals in South Asia and it's wonderful," says Namita Gokhale, author, and one of the directors of the JLF. "The more literature is celebrated, the better. We don't think of them as competition at all."

The other festivals may be smaller than the one in Jaipur, but despite the glut, most of them are also drawing both distinguished participants and hordes of visitors. "So many festivals are being organised and they are all getting crowds," says Amish Tripathi, former executive with IDBI Federal Bank Insurance, turned full-time writer. No one can quite pinpoint why this has happened, and more so at a time when, given the variety of entertainment available, the reading of books was said to be on the wane.

It does, however, point to a hunger for books and ideas among Indians that no one suspected existed. Urvashi Butalia, author, and director of publishing house Zubaan, and a regular at literature festivals, recounts an experience at the JLF.

"During the 2011 festival, I was asked to moderate a session with a Polish poet called Adam Zagajewski, whom I had never heard of until then," she says. "I was apprehensive about whether anyone would attend. But it proved to be a packed session. And nearly a fourth of those present were schoolchildren who had all kinds of interesting questions to ask about poetry."

Such enthusiasm has had welcome spinoffs - for authors, publishers, retailers and even the towns and cities where the festivals are held. "Authors love the attention, the chance to interact directly with an audience and the increased sales of their books," says Butalia. "After a well attended session, about 300 to 400 copies of the books of participating authors get sold immediately. Literature gets showcased, so publishers and retailers are delighted as well."

At the 2012 JLF, for instance, Full Circle Bookstore, which has exclusive rights to sell on the JLF premises, sold Rs 48 lakh worth of books. "Of course, the JLF helps tourism and trade," says Bina Kak, Rajasthan's Tourism Minister. "All the hotels are full, including the low budget ones, people have come from all over to attend the festival, even my own house is bursting with people. It also boosts Jaipur's image, both nationally and internationally. And above all, I am happy that it is drawing our young people towards the world of books."

A senior bureaucrat in the Jaipur administration estimated that visitors to the city during the JLF spent around Rs 15 to 20 crore over the five days.

All celebrations, however, come with one unmentionable attached: the bill. This varies widely for literature festivals, depending on their scale - some of the smaller ones are managed on less than Rs 25 lakh, while the JLF this year cost its organisers around Rs 5.8 crore. Since entry is free, funds inevitably have to be raised from sponsors.

Sponsors have to be people who don't expect any immediate returns.

Some believe this ought not to be a problem. "Who says sponsorship cannot be a sustainable business model," says author Tripathi. "If a festival gets the crowds, the sponsors will follow." Chowdhury, who conducted the HBS study, agrees. "All over the world, literature festivals depend at least partially on sponsors, including those such as Edinburgh and Hay, which charge for attending sessions," she says.

But sponsors can be notoriously fickle, especially when the economic climate deteriorates. The JLF, for instance, is in the paradoxical situation of being a huge success and yet financially unstable. "In the six years that we have organised the JLF, we have broken even only twice, in 2010 and 2012," says Roy. "In all the other years, we have sustained losses." This year's collections fell short by a substantial Rs 1.5 crore, with a number of sponsors walking out at the last minute.

"Sponsors have to be people who do not expect any immediate returns, because there will be none from a literature festival," says Binoo K. John, chief organiser of the Kovalam Literary Festival, which has been held regularly since 2008. "They should be interested only in long-term image building. It is almost a philanthropic activity."

And, indeed, a number of the private companies which contribute to literature festivals list the expense in their corporate social responsibility (CSR) budget, not under marketing. A few festivals have also acquired 'naming sponsors' in which a corporate house contracts to provide a substantial sum for a fixed number of years, in return for having its name tagged to the festival. 'Our group completed 100 years in 2010, and I thought the timing was perfect for a special gift to Kolkata,' says Priti Paul, director, Apeejay Surrendra Group, and organiser of Apeejay Kolkata Literary Festival.
The JLF's full name, for instance, is 'DSC JLF' - the infrastructure group DSC Ltd, which, among other projects, built the Delhi-Gurgaon Expressway, is under contract to put in Rs 1 crore annually for 10 years.

Thus the most secure festivals may well be the ones under the direct tutelage of a corporate house, which meets the bulk of the expenses - the Apeejay Kolkata Literary Festival, for instance, backed by the Apeejay Trust, or the Times of India Literary Carnival in Mumbai, with the Bennett, Coleman group behind it.

"In 2010, our group was celebrating 100 years in business and since Kolkata is our home town, I thought the timing was perfect to give a special gift to the city," says Priti Paul, Director, Apeejay Surrendra Group, and chief organiser of the festival.

Other organisers manage in different ways. 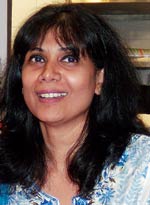 All are agreed that to ensure longevity, innovative means of funding will have to be found. The JLF, for instance, from 2009, has introduced the concept of 'delegates', who, on payment of Rs 2,500 are accorded some special privileges. But the results have been mixed, with many arguing it vitiates the egalitarian ethos the festival wants to promote. "There is also the headache of dealing with people clamouring for free delegate passes," says Roy.

Still, their uncertain financial health in no way detracts from the festivals' achievement. As Antony puts it: "Our scale may go up or down depending on what we can afford, but literature festivals, merging local flavour with external rhythms, bring so much richness that we can only hope there will be more."

What drives youngsters to invest in art

Is the Amma Unavagam project in Tamil Nadu sustainable?