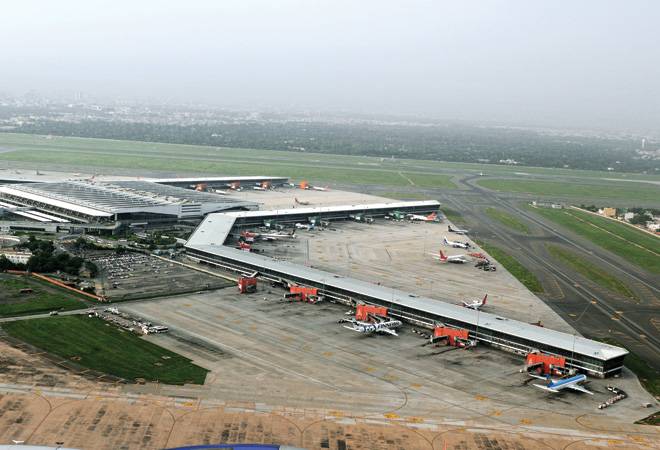 Jet Airways' suspension in April this year led to a scramble among airlines for slots at most major airports. The rush was for a reason. Over the past few years, airports at metros have been gradually running out of slots. Mumbai has run out of capacity. The last airline to add slots at Mumbai on domestic routes was AirAsia India, and what it got was an odd slot around midnight. In New Delhi, the country's largest and busiest airport, the situation is much the same. The airport had to operationalise the decommissioned Terminal 2 to enhance capacity.

While Mumbai and Delhi are old airports, with the former being the world's busiest single-runway airport, surprisingly, capacity constraints have hit the greenfield airports at Bengaluru and Hyderabad too, both of which were commissioned a little over a decade ago.

Bengaluru has faced more challenges than any other city. The airport has closed its runway twice for repairs. Its terminal structure also underwent a redesign and expansion. The sole runway in operation is without a Category III Instrument Landing System (ILS), which leads to diversions during foggy days. It got Rapid Exit Taxiways only recently to increase aircraft movement. The airport, which was owned by a GVK-led consortium, changed hands in 2017 and is now owned by Fairfax India Holdings Corp.

Hyderabad has been grappling with terminal constraints as well. The airport, operated by a GMR-led consortium, which also runs the Delhi international airport, has been more proactive. It has got its parallel taxiway certified as a runway so that it does not have to close the airport for maintenance. It uses the two runways alternately. To tide over the shortage of check-in counters, an interim terminal has been built for international departures. It has been adding additional bays.

Mumbai does not have the capacity to accommodate any more flight movements. This winter, the airport will see its primary runway closed for eight hours, six times a week, and the traffic being accommodated on the secondary runway, which does not have Rapid Exit Taxiways.

What's common in all these cases is a mismatch between runway capacity, apron space and terminal capacity. The airports, especially the greenfield ones, could have been planned better to be in sync with the expected demand.

The growth in the Indian aviation market has been unprecedented in the last couple of years. India's air traffic grew at nearly triple the GDP growth rate last year.

While the traffic growth was quick, corresponding growth in infrastructure took much longer. Moreover, GMR and GVK, which run these airports, were under tremendous debt pressure and so unwilling to loosen their purse strings to invest and expedite infrastructure growth.

Mumbai was constrained due to land unavailability to add a parallel runway. And Delhi took years to finalise a master plan. The time lost led to the Delhi airport losing a golden opportunity to become a regional powerhouse in aviation. The airport still lacks land to establish a full-fledged maintenance, repair and overhaul facility an airport of its size should have.

Bengaluru and Hyderabad failed to anticipate the growth that would come to them in absence of capacity at other airports. For years, they got a share of traffic increase after airlines exhausted options at Mumbai and Delhi, something they were not prepared for.

"The impact of slower infrastructure growth has created inefficiencies. The cost of extra fuel, manpower and delays is phenomenal. While the country aims to have 100-plus operational airports with focus on level-2 and -3 airports, their connectivity to metro airports will be necessary for traffic to grow. The focus, thus, has to be on building capacity at metro airports," says Kaushik Khona, former CEO of GoAir.

Every airport has come out with a different solution, except Mumbai. The Delhi airport is in the midst of a multi-phased expansion plan which is seeing an extension of Terminal 1, an additional runway, a new general aviation terminal and eventually a dedicated Terminal 4 for international operations freeing up more bays in Terminal 3 (which is now a mixed terminal, though it was envisioned as a full-service terminal).

While the airport's plan for a fourth runway is being criticised as it won't be used while other runways are being used as it is within the one-nautical mile of an existing runway, it could help the airport have both in operation in a staggered manner and remove dependency on the non-parallel runway during maintenance.

Bengaluru, on the other hand, will see its second runway start operations in the next couple of months. But the terminal is yet to take shape as the design was finalised just a few months ago. The operations on the new runway will lead to increased taxi time for airlines and passengers will not get any respite from congestion. Bengaluru is also building a second runway and a second terminal, which will get 60-70 million passengers annually. The estimate should have been 100 million.

"The rapid growth in aviation traffic is exerting pressure on aviation infrastructure, translating into aggregate overutilisation (around 120 per cent in 2018/19) of capacity. Given the lack of timely capacity enhancements, there is an urgent need to upgrade infrastructure, including that of privatised airports and those owned or managed by the Airports Authority of India (AAI)," says Sachin Sachdeva, Vice President (Ratings) at ICRA.

While the solution for Mumbai and Delhi is second airports and construction for both has started (though behind schedule), there are concerns that Bengaluru and Hyderabad have large land banks but have not expedited construction.

"If investments had been made proactively with forecasts and projects five years in advance, the industry would have grown faster, pushing the economy far ahead," says Khona.

The aircraft that crisscross Indian skies have helped the parcel and express courier industry speed up deliveries. This has increased the reach of e-commerce majors. All of this has generated employment, but when it is time to invest, aviation is looked at in isolation. The government can give more benefits to the airport sector as its benefits impact the economy as a whole.

Recently, the government gave the contract for operations and maintenance of six airports to Adani Enterprises - an airport privatisation drive after 13 years. But the whole premise of privatisation will fall flat if greenfield private airports don't grow fast enough to match demand. As privatisation of airports enters the second phase, serious questions will be asked on the erstwhile rule of not allowing a second airport within 150 km of the first one. In case of the upcoming airport at Goa, an exemption has been made. Competition between airports will be beneficial as they would compete to attract airlines and get their business - all in the interest of passengers.