From red tapism to excessive focus on control, Indian defence procurement has everything to keep investors away. In March 2018, the french naval Group, the erstwhile DCNS, the manufacturer of Scorpene submarines, grabbed headlines by seeking approval for 100 per cent foreign direct investment, or FDI, to manufacture Air Independent Propulsion, or AIP, systems, which give submarines substantially greater endurance. For a country which has managed to attract only $5.13 million foreign funding in defence manufacturing in the last two decades, this was a big deal.

It was a test for policy changes Prime Minister Narendra Modis government had been making to attract investment in local defence manufacturing that included abolishing the cumbersome process for Cabinet Committee on Security's (CCS's) approval for all FDI proposals above 49 per cent. However, it hit the wall of Nirmala Sitharaman-led defence ministry after the DRDO convinced it that this was not "modern technology" saying it, along with the Naval Group, was already working to install AIP in the last two of the six Scorpene P-75 submarines. This when India's armed forces are trying doubly hard to catch up with neighbours in defence preparedness and are desperate to induct more and better artillery guns, warships, fighter planes, submarines and missiles to their arsenals.

In the last five years, the NDA government has increased the FDI limit in defence from 26 per cent to 49 per cent (in 2014) and then to 100 per cent (in 2016) on a case-by-case basis. Still, the country has been able to attract only $1 million FDI in defence manufacturing since 2014/15. It attracted $60 billion in other sectors during the period.

Clearly, India's attempts to attract foreign capital in local defence manufacturing have fallen flat. While one reason is the good old bureaucratic red tapism, the bigger reason is excessive controls the FDI policy imposes on foreign players. The policy, for instance, keeps technology at the centre of the decision-making process. "Transferring technology is not in the hands of the corporate. It requires government approvals," says the CEO of a top MNC interested in India's aerospace sector. 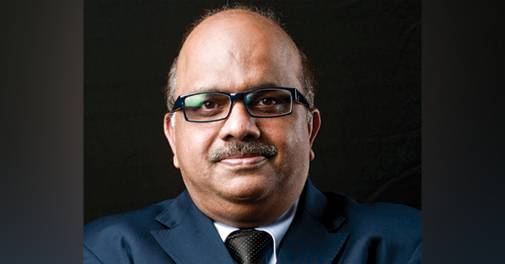 In fact, the US is on record stating that the 49 per cent FDI limit is a hindrance in transfer of jet engine technology, while New Delhi has said it is willing to remove the cap on a case-to-case basis if there is a compelling case. "It is unrealistic to believe that countries will share state-of-the-art technologies with any other country, irrespective of friendliness," says R.K. Tyagi, former Chairman of Hindustan Aeronautical. This was one argument naval experts had given in support of the French Navals proposal before the government rejected it.

The government might have changed its policies but has failed to get past the bureaucratic hurdles and reform the process for acquisition of crucial weapons. This is not only impacting funds from foreign shores but also investments from home-grown corporate houses. "The domestic players have to struggle right from RFQ to disbursal of payments. If these issues are ironed out, the Indian defence sector can flourish," says Ashok Atluri, CEO of Hyderabad based Zen Technologies.

There is always a debate on foreign vs indigenous players and which ones should be given preference. Like Atluri, there are several who say indigenous players should be given opportunities to grow. "Just imagine, even in liberal economies like the US, all strategic assets are with domestic companies. Even the British BAE is asked to fill their management with US nationals. We will have to develop models to use our iconic organisations such as ISRO and DRDO to help domestic private sector players," says Rahul Chaudhry, former CEO of Tata Power SED; he chairs the industry lobby group, the Defence Industry and Innovators' Association. The views are echoed by Atluri, who says innovators will eventually develop technology and not only hold intellectual property rights but also help the country develop products for its own requirements. "At present, there is no process to accept single bidders. This doesn't compliment innovation," he says.

In 2016, India shifted to a policy to buy indigenously designed, developed and manufactured products. The intent was to develop domestic players and substitute imports before seeking more FDI. Is this goal discouraging investors? While this seems true in case of FDI, the reality is more complex, as local Indian players seem to be getting a piece of the pie. The factories under the Ordnance Factory Board and defence public sector enterprises increased production from Rs 43,277 crore in 2013/14 to Rs 58,160 crore in 2017/18. "Out of this, 40 per cent is outsourced to the private sector," says a defence ministry official. However, in FDI, it is a different story. "At present, the ticket size is too low to excite foreign players with technology to come in," says a market insider.

In the last two decades, only 33 FDI proposals have been approved, six of them in the last five years. The list includes a Rs 40 crore investment by Mauritius-based Aegus Mfg Investment Ltd and Canadian firm CAE's Rs 37.82 crore investment to support a helicopter training firm. Consultants blame lack of orders for such poor numbers. "FDI will not come without purchase commitments," says Dhiraj Mathur, Partner, Leader, Aerospace & Defence, at Indian chapter of PricewaterhouseCoopers.

On February 12 this year, the defence ministry issued an expression of interest to shortlist Indian strategic partners and foreign manufacturers for procuring 111 Naval Utility Helicopters. These will replace the 1960 vintage Chetak helicopters, Before this, in July last year, the Defence Acquisition Council, or DAC, of the defence ministry started the process to buy 110 fighter aircraft. Both these projects are part of the recently adopted Strategic Partnership Policy for manufacturing defence platforms and equipment such as aircraft, submarines, helicopters and armoured vehicles.

The policy has come after several lessons learnt over the last two decades - a) it is difficult to convince manufacturers and their home countries to share cutting-edge technology, b) defence investments have long gestation periods and many foreign investors are not ready for that, c) as a buyer government has a monopoly, it makes the project risky for foreign players.

So, the new policy allows domestic companies to collaborate with original equipment manufacturers, or OEMs, to acquire niche technologies and set up facilities in India. "This policy is better. Here, the government is coming up with a firm order and a purchase commitment," says the CEO a foreign OEM. But critics say these OEMs are not sharing cutting-edge technologies they offer to their respective defence agencies.

Other than this, there is criticism of availability of funds for these acquisitions. In the 2018/19 Budget, the allocation for modernisation was Rs 74,116 crore, Rs 35,928 crore less than the requirement. In 2019/20, there is an additional allocation of Rs 7,198 crore. Earlier this year, at the Bangalore Aero Show, US major Lockheed Martin offered to make the F-21 multi-role fighter jet for India locally with Tata Group as a partner. Market insiders say the US company intends to move the only operational line producing F-16s from Texas to India. US defence forces use the much advanced version of this plane. As per the DAC officials, there are six competitors for this, including Boeing's F/A-18E/F Super Hornet, Lockheed Martin's F-16 Fighting Falcon, Dassault Aviation's Rafale, Eurofighter Typhoon, Saab's Gripen and Russian United Aircraft Corporation's MiG-35.

Meanwhile, by May end, officials at the defence ministry are expecting responses from Indian as well as foreign players for their interest in helicopter orders. Officials told BT that players like Tata Advanced Systems Ltd, Mahindra Defence, Adani Defence, Larsen & Toubro and Bharat Forge are in conversation with Lockheed Martin, Airbus Helicopters, Bell Helicopters and Russian export agency Rosoboronexport. Experts are hoping that these two big orders will be a turning point in the history of Indian defence manufacturing.