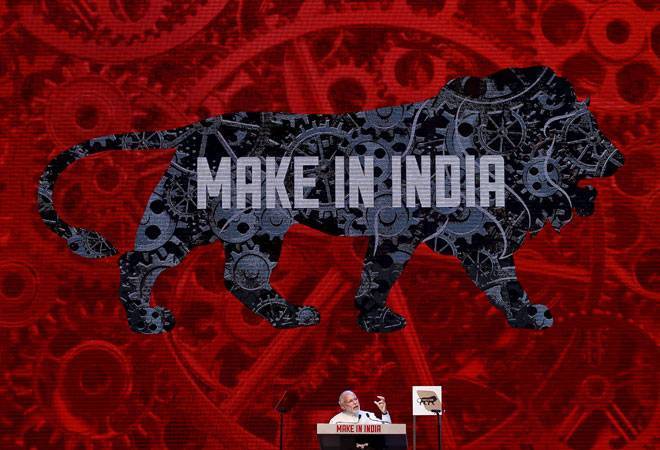 India is working hard to change the pattern of its weapon procurement. The short-term objective could be a diversified base of foreign suppliers which would reduce the country's overdependence on Russia and open up the market further to Western countries. But its long-term goal seems to be sourcing from homegrown vendors to fulfil its defence needs.

In strategic areas such as nuclear weapons and ballistic missiles, the country has already indigenised design and production due to the prevalence of global curbs on any defence supply which may lead to development of such weapons. Now, India is also pushing for Indianisation of key defence platforms. The Make-in-India initiative of the Narendra Modi government is a step towards this direction. The government is restructuring defence manufacturing units and reorienting its policy towards privatisation to procure arms from domestic suppliers. And Defence Minister Nirmala Sitharaman has been promoting "nose-to-tail production" that could be achieved by building a robust supply chain.

The government has also increased the share of Indian vendors across private and public sectors. According to the Ministry of Defence, it has signed about 65 per cent of the contracts with Indian vendors in the last four-and-a-half years. Domestic vendors have got more than 60 per cent of defence orders (in terms of value) during that period.

Private contractors have made significant progress ever since the defence sector opened its gates for Indian private sector players in 2001. These companies are now acknowledged for their contribution to developing helicopters, naval vessels, radars, ballistic helmets, artillery guns, simulators, missiles, bulletproof jackets, electronic fuses, ammunition and so on. But they still complain that there are not enough orders to sustain themselves.

India can become a manufacturing and export hub of world-class products only when its domestic manufacturers become reliable procurement sources. The homegrown defence industry has a point when it says companies looking to export their products will not be taken seriously in the global market if they cannot procure orders from their own government. There could be two issues in this regard - quality and on-time delivery. If both could be satisfactorily resolved, Indian firms should be given production orders for weapons which the armed forces are seeking. Interestingly, a few companies have managed to deliver before the stipulated schedule. For instance, the Ministry of Defence, in its February press release, confirmed that HAL delivered its Advanced Light Helicopters ahead of schedule. But in some cases, the armed forces declined to receive such deliveries before time, according to some Larsen & Toubro officials.

The public-private partnership in the defence space has led to the development of world-class weapons. There are world-class gun systems such as Dhanush and the Advanced Towed Artillery Gun System (ATAGS). In February this year, the Indian Army and the Ministry of Defence gave the bulk production clearance to the Ordnance Factory Board for 114 Dhanush, but the ATAGS - often considered the best gun in this category - is still facing an uncertain future. If the manufacturers of ATAGS fail to procure orders from the Indian Army (it is in desperate need of modernising its artillery fleet), the indigenisation project is bound to suffer a major setback. Under no circumstances, the Ministry of Defence should allow procurement of such guns from foreign companies which have merely tested a prototype.

The government may have to make funds available for the purchase of these guns as well as other weapons required for the modernisation of armed forces. The indigenously developed Akash, a supersonic surface-to-air missile, is also looking for government support. In the future, start-ups may also play a great role in defence modernisation by leveraging their innovative technologies. On the other hand, fast-evolving emerging technologies such as machine learning and nanotechnology could challenge the Indian prowess. Therefore, all stakeholders, including the private sector, may have to join hands to push India ahead.