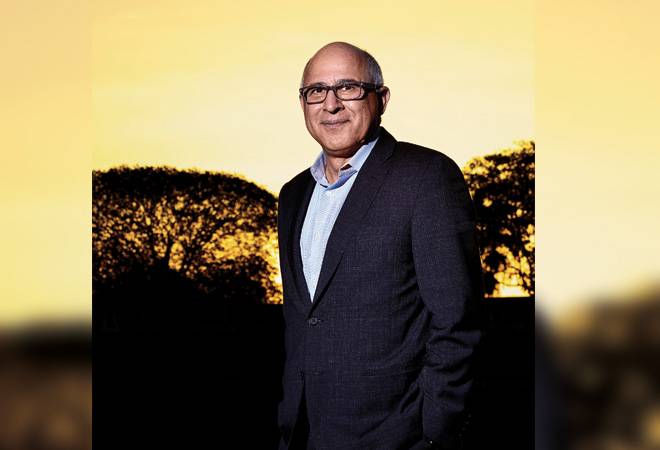 How has management education changed over the years in the context of Asia, especially India?

A. The demand for management education is amazingly stable. Even though there is a lot of churn happening with different kinds of formats, the same number of people are applying to business schools as before. But under that calm surface, there is a fair amount of churn in a couple of dimensions.

One, we are seeing globalisation of the candidate base. Three or four decades ago, management education was largely a western phenomenon; today, it is across the world. China and India together take as many tests as the US. So, the demographic base is shifting to Asia, and there is growth of candidates from Africa and Central Asia as well.

Globally recognised brands in business education used to be largely western schools, mainly in the US, but today there are very high-quality education institutes around the world, particularly in Europe and Asia, especially in Singapore and Hong Kong. Indian schools, too, are fast coming up in global recognition.

We are seeing a maturing of the industry as well. When industries mature - and we have seen this in many other industries - they tend to segment. When Henry Ford came up with the Model T, it was one car and it came in one colour. Today, you don't think of a 'car'; you think of an SUV, a compact SUV, a family sedan, a convertible... The same is happening to management education. The classic two-year MBA continues to be the flagship programme, but different forms of MBA programmes are emerging - one-year, online and blended. There are also early career options for students directly out of school or with a year or two of experience, because mostly MBA is for people with five-seven years of experience.

Then there are programmes targeted towards working professionals and mid-career professionals, and those are being enhanced using the online format.

There is a rise in specialised management programmes. Are we moving away from general management education?

General management will always be required because somebody in an organisation needs to be able to stitch the different disciplines together and understand the interaction between a marketing decision and a human resource decision, a production decision and a supply chain decision.

Specialised programmes by definition are about expertise in a particular discipline. Continuing with my analogy of cars, there are multipurpose vehicles and specialised vehicles. They meet different needs and they happily co-exist. That there are various options is a sign of maturity of the industry.

We find maybe one in five people who has done a Masters, and actually considers coming back and taking an MBA because she realises that the two are not interchangeable. These are two very different products and serve different needs.

I also encourage students to think ahead. Those who are getting into the workforce now will be working for the next 40-50 years. It's important to have some generalised skills and not to be over-specialised. There is a risk in over-specialisation. It's important that we prepare not for the hot job market of today but for the ability to co-exist with organisations over a period.

Where does India stand as a management education hub for international students?

It is evolving. It's fair to say that outside students did not see India as a destination. Indian business schools did not do enough international outreach, nor did they have international recognition. That's changed over time. One of the things that we have been doing for two years is to build the Study in India programme. Last year, we worked with 13 different Indian business schools and marketed Indian business education to students in about 60 countries. Over the two years, we have seen candidate interest increase by about 65 per cent.

Also, of course, it helps that Indian business schools themselves have become more recognised and have got international ranking.

We could do with some help in the regulatory framework, which is a little bit restricting for reasons we don't entirely understand. For example, the regulators restrict certain schools from accepting the NMAT by GMAC exam (the NMIMS Management Aptitude Test is only for Indian business schools). Why? There are legacy reasons.

Apart from these, the visa regime is difficult for students. For example, if you are doing a two-year MBA programme and want to do summer internship, you need a separate work visa, which is difficult to get. We need to oil the wheel a little bit to lessen the friction but I am certain that we will work on that.

In India, we see business schools focussing on exchange programmes and having more diversity. How will that help?

The Indian growth story has been heavily built around the country opening up to the world ever since reforms were implemented. Indian business schools also want to open up to the world and we need to remove bottlenecks in their way. A part of that is exchange programmes. Our students will be future business leaders and so they need to appreciate different cultural contexts.

Indian business schools should try to develop their unique identity. Sometimes we worry that in our hunger for international recognition, we become too much like everybody else. For example, too many business schools are now looking for international accreditation, which is a good sign of quality but it comes with a downside - to be credited, you have to conform to norms that have been developed for western business schools. We should leverage what's unique about India, because that's what is going to bring the international candidate here. If you are just like everybody else, then you are competing with them when there are certain things that don't work, like environment or perception of safety of our cities.

We are as aspirational as many economies in Africa and Central Asia. So, we should build programmes that are relevant to those economies. We should not try to build managers who can work for, say, General Electric, but managers who can work for successful Indian corporations or start-ups that are doing unique things in a way different from Silicon Valley organisations.

As of now, which are the top countries for MBA?

The biggest traditional market has been the US and that continues. But over the last couple of years, we have seen some decline in international volume in the US. Last year, it was about 10 per cent. It's cyclical and there has been a political environment that we have to deal with.

Some non-traditional markets have come up, for instance in Europe. Germany is an attractive market not only because of the quality of business schools but also the liberal visa regime. Moreover, Germany has been going through a negative population growth so it needs qualified individuals. Spain and Denmark, for example, have leading business schools. So, apart from the US and Canada, there are a lot of good options in Europe.

We are also beginning to see a rise of Asian business schools. In 2000, among the top 50 business schools as ranked by The Financial Times, 42 were in the US, eight in Europe, and zero in Asia. Last year, 12 were in Asia.

There are obviously quality business schools in India and China but also in cities like Singapore and Hong Kong. Students are saying: My career is going to be back in Asia, and now I have an equivalent quality of business education in Asia. So why don't I study here rather than go overseas?