The National Education Policy draft is path-breaking in the changes it suggests to reform Indian education. But implementation and funding could be huge challengess Space scientist K. Kasturirangan points out that sky is the limit and there is enough room to drive growth in the Indian education sector. Anyone who has read the 400-page draft of the National Education Policy 2019 (NEP), authored by the nine-member team headed by him, will not only agree with him but also find that the draft is an excellent text on what needs to be done for education in India, with clearly stated objectives to be achieved by 2030.

"This is a document with vision and futuristic thought and there are many aspects within higher education that are progressive, such as the emphasis on taking a longer term view of skills to be developed (as opposed to job readiness)," says Ranjan Banerjee, Dean of SP Jain Institute of Management Research (SPJIMR).

The NEP looks at the complete chain of education in India, from primary schools to higher educational institutions. It suggests the creation of a Rashtriya Shiksha Aayog or National Education Commission. It also says that all higher educational institutes (HEIs) should evolve into one of three types of institutions: research universities (Type 1), teaching universities (Type 2) and colleges (Type 3). It wants the current "complex nomenclature" of 'deemed to be university', 'affiliating university', 'unitary university' and others to be phased out and replaced with public, private or private-aided; and as multidisciplinary research universities or comprehensive teaching universities.

"The overall attempt is to make a transformative change and not an incremental change, which is welcome," says Sekar Viswanathan, Vice President, Vellore Institute of Technology (VIT). One example is the focus on "streamlining the authority architecture". The draft sees merit in "creating an overarching body that will synergise and integrate the multiple efforts that are in progress in widely diverse institutions and departments of the government both at the central and state levels".

A major step suggested is the intent to equate private sector with public sector for funding purposes, says Viswanathan. As per the draft, private HEIs will be encouraged to develop into Type 1 and 2 institutions, and must develop to become Type 3 institutions "and while the financial support for such development must be arranged by the private HEIs, the government will treat them on a par with public institutions and empower them equally". The draft further states that private HEIs will have as much access to funding from the National Research Foundation (NRF) for research support as public institutions have.

Devil In the Details

The NEP's intentions are good but implementing even a small part of it will require a close attention to details. Most experts feel that the policy's biggest weakness stems from the fact that it does not seem to have grasped the full implications of funding a policy such as this.

This re-opens some long-standing debates, for instance, on for-profit institutions. "We simply cannot ignore the private institutions, especially given the amount of investments required. Today, the basic idea is that schools should be not-for-profit, which means that the capital has to be either from the government or philanthropy. The latter is simply not possible because the amount required is huge. All of CSR is just Rs 15,000-20,000 crore. So, we will have to accept for-profit capital and, therefore, allow institutions to make profit," says Ajit Rangnekar, former Dean of the Indian School of Business and currently the Director General of Research and Innovation Circle of Hyderabad. "If the aim is that every child should receive good quality education, then each year an additional Rs 5-10 lakh crore (if not more) will be required," he says. 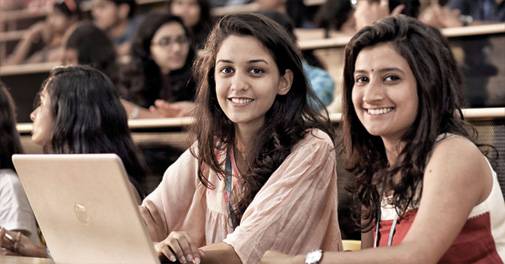 The National Education Policy draft wants the complex nomenclature of higher education institutes to be replaced by categories of public, private or private-aided

The policy suggests development in all types of education, from early to advanced, but it "needs to get the priorities right. For instance, is access more important or quality because ideally, it should be access with quality?" says Rangnekar.

Apart from funds, any large-scale implementation will require a change in the way things are managed and leadership. "How are you going to deal with vested interests? In Delhi, for instance, they have managed to get school management committees, parents and local populace to put pressure on the schools to perform," says Rangnekar. Even in universities, he says, the theory that there should be more emphasis on liberal education is good, but what can be dropped from the current curriculum to accommodate liberal arts?

Management education, Banerjee of SPJIMR says, should also include: systematic industry integration to create continuing curriculum relevance; a scope to have multiple points of entry for faculty (PhDs as well as industry executives), and inculcating social consciousness through innovative experiential learning. "How can we do more India specific and relevant research, and develop models of teaching and research that build on India's unique strengths? We have to become world class in our own way," he says.

The draft mentions that a higher percentage of students should get scholarships and financial aid. While the suggestion is positive, one has to look into the challenges to doing this. For example, says Viswanathan, this will mean a burden for self-financing institutions. "Without the freedom to fix the percentage of students getting scholarship, private institutions will become unviable."

Section 18.6.3 of the draft mentions that HEIs are to ensure that 50 per cent of students in each of their programmes get fee waivers ranging from 25 per cent to 100 per cent. The fee waivers shall be given to socio-economically disadvantaged students based on the current definition of disadvantage, and the criterion being used by the HEI to determine the applicability of fee waiver must be publicly announced.

"This (document) is a statement of lofty intent which is laudable. A component of specific direction to move from the current state to the desirable end state can be fleshed out more. It will build greater confidence in the intent being translated to executable direction on the ground," says Banerjee.

The NEP projects a beautiful image of education and the possibilities in India; what we now need is the direction and the means to implement it.