The dip in crude oil prices will ease the pressure on inflation and current account deficit. 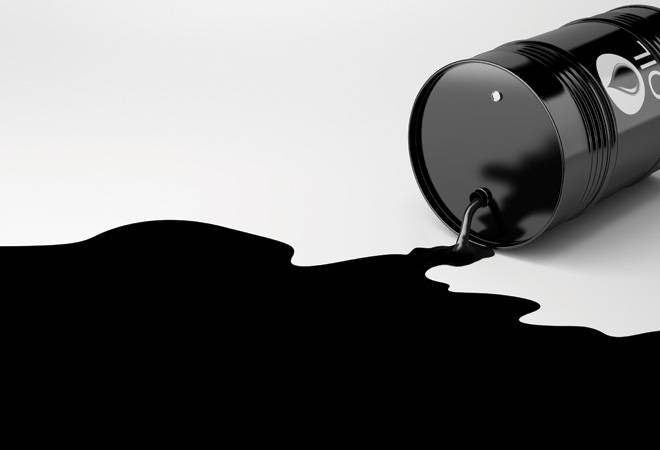 End of September, when Brent crude oil prices breached $80 a barrel, it was feared that by the time winter sets in, it would hit $100 a barrel. But within a little over 50 days, crude prices slumped by a third, due to the global supply overhang and widespread weakness in world economies.

The fall is a breather for the government, which is facing lower than expected GST collections. More importantly, the Narendra Modi-led ruling NDA government faces elections in May 2019. Cheaper crude reduces India's foreign currency outflow and inflationary pressures, besides reviving economic activity.

The last time crude exceeded $100 a barrel was in September 2014, soon after the Modi-led government was formed. But, it then slumped to $27 by January 2016, providing a fiscal cushion to the government. Though the recent fall in crude prices has been sharp, the same is not the case with petrol and diesel prices, which have fallen by nine per cent and 10 per cent, respectively. While some market watchers blame the complex fuel pricing formula, others say the oil-marketing companies (OMCs) are using this opportunity to make up for the discounts offered a month back.

The lower fuel prices will boost consumer spending and government's income from excise duty. At the macro level, it impacts the fiscal deficit, external borrowings and debt position, according to an analyst with a foreign bank. Credit rating agency Moody's Investors Service said higher oil prices add to short-term fiscal pressures, which would follow cuts in the GST on some items and relatively high increases in minimum support prices for crops. They feel there is a risk of fiscal deficit being wider than budgeted this fiscal.

In September, there was a distinct possibility of petrol prices touching Rs 100 a litre. But, on October 4, a day after Brent crude hit this year's all time high of $85.63 a barrel, the central government cut excise duty for petrol and diesel by Rs 1.50 a litre. State-run fuel retailers also reduced margins by Rs 1 for every litre sold. Fuel prices reduced by Rs 2.50 a litre in many states. Mumbai fuel consumers were one of the biggest beneficiaries, where petrol price fell to around Rs 87 from Rs 92 after the state government also followed with the same volume of cuts in duties. In Delhi, the price reduced to Rs 81.50 from Rs 84.

The oil price dip is important for the Modi government, which had enjoyed the benefits of lowering crude prices when it came to power. The lower prices reduced pressure on inflation and interest rates and revived economic activity. Passenger vehicle sales, which were falling during the UPA-2 government, bounced back and increased over 30 per cent in the first four years of the new government. Two-wheeler sales rose 35 per cent, according to SIAM data. But, during the 2018 festive season (October 10- November 20), retail sales of passenger vehicles and two-wheelers contracted by 14 per cent and 13 per cent, respectively. The big jump in fuel costs was among the major reasons along with tight liquidity, hardening interest rates and rising insurance costs.

When fuel prices were low in the early years of this government, only a fraction of the benefits was passed to consumers. Excise duty on petrol and diesel was hiked, and the surplus income was used to bridge fiscal deficit. What was 4.4 per cent in March 2014 fell to 3.5 per cent in March 2017. A reduced deficit lowered the government's borrowings, interest outgo and debt burden. The government also repaid over Rs 2 lakh crore raised through oil bonds during the previous government's time, according to Dharmendra Pradhan, Minister for Petroleum and Natural Gas.

This year, in February, the government revised its fiscal deficit target for 2017/18 to 3.5 per cent from 3.2 per cent. The final shortfall was Rs 5.9 lakh crore, 3.53 per cent of GDP. For the current fiscal, the government estimates to trim the deficit to 3.3 per cent, but it has come under pressure from stagnating GST collection, in addition to the lingering impact of demonetisation on rural markets.

In a report, India Ratings and Research recently said the country is set to miss its fiscal deficit target due to a shortfall in revenues and lower-than-targeted disinvestment proceeds. Earlier too, the government had missed disinvestment targets, but high excise duty had offset the shortfall.

The sharp fall in oil prices has resulted in a stronger rupee. This, along with falling oil prices, should contain India's burgeoning current account deficit (CAD; the difference between inflow and outflow of foreign currency). CAD had widened to 1.9 per cent of GDP last financial year, from 0.6 per cent. A recent SBI research report lowered CAD estimate for 2018/19 to 2.6 per cent from 2.8 per cent.

Another big relief for the government is the temporary approval from the US for buying crude from Iran. Indian refineries were worried of US sanctions on Iran, as they buy Iranian crude at $3-5 a barrel discount to the other crude grades in West Asia. But, a concern that remains is that OPEC countries plan to cut production by 1.4 million barrels per day (bpd). US President Donald Trump, however, has warned them against cutting production and artificially inflating prices. But Russia and OPEC on December 7 decided to cut crude output by 1.2 million barrels per day (bpd) from 2019. As a result, the price bounced back by over 4 per cent to $63 for a barrel of Brent in immediate trade.

Since India imports about 82 per cent of required crude - which cost $87 billion last financial year - lower oil prices benefit the government. But a continuous risk is that every time there is a crisis in West Asia, from where the bulk of the country's oil and gas imports are sourced, India is affected. For instance, US sanctions on Iraq in mid-1990's had hit Indian oil imports too.

What can India do against the high fuel import dependency? Crude prices are a lingering pain. Between April 2012 and March 2014, when oil prices were at record high, the country spent about Rs 1.82 lakh crore towards petroleum subsidy. This fell significantly after the market-linked pricing of petrol and diesel was implemented. In the last four years, India has spent Rs 1.41 lakh crore to subsidise kerosene and LPG, according to the data from the Controller General of Accounts.

The petroleum ministry has a target to reduce import dependency by 10 per cent by 2021/22. That can only happen with increased domestic production. But the problem lies in unattractive oil fields and complicated deepwater terrain. Reliance Industries and BP Plc jointly announced Rs 40,000 crore investment at Krishna Godavari basin, but it failed to take off at the expected pace. The government also aims to tap renewable energy sources, promote energy efficiency and implement refinery process improvements as steps to cut oil imports. But these steps are not sufficient.

Over the years, the government has encouraged acquisition of equity in oil and gas assets abroad. Indian E&P companies have spent around $33 billion to buy assets in 27 countries over the last 15 years. But their efforts are minuscule compared to the Chinese aggression in this direction. Latest reports claim production from overseas assets of Chinese state oil companies exceeds their domestic production. It's a game where India is yet to set its global play right.