The home-grown brands have leveraged their strengths to emerge with a pan-India taste and a global appetite. 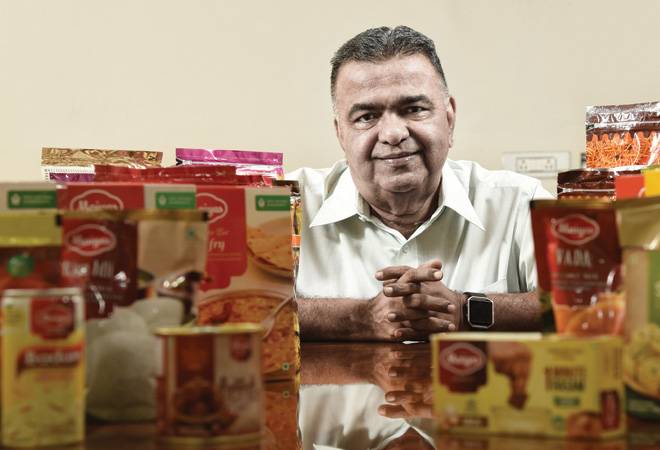 They all had identical beginnings - the vision of one man, focus on one product, one small market and involvement of the founder in everything from manufacturing to marketing. The promoter family-led food brands offering rich regional flavours have been an inescapable ingredient of India's processed, ready-to-eat food growth story. Travel across India and you cannot miss Mrs Bector's bread in Punjab or Vibbs bread and Bedekar masala and pickles in Maharashra. Or in parts of coastal Andhra find Artos soft drink jostling for shelf space with the likes of Pepsi and Coke. Talk about breakfast and snacks and names such as MTR, Haldiram's, Balaji Wafers and countless others come to mind.

Though some like Artos still continue to be local, others have outgrown that definition with a wider geographical footprint, blurring the identity they were first bracketed into - regional brands. The process has been helped by digital platforms, enabling many of them to be available online, much like fast moving consumer goods majors such as Hindustan Unilever (HUL) and ITC. Artos, which harbours hopes of building a larger footprint, has a turnover of around Rs 25 crore. In the foods business, analysts categorise players with Rs 500 crore turnover as mid-sized and those with Rs 1,000 crore or more as large. Much depends on the product, the category and the geographical footprint.

Most of the promoter family-led companies, at least the bigger ones, have a long legacy - be it Haldiram's, whose story began in the first half of the 20th century led by Ganga Bhishan Agarwal in Bikaner in Rajasthan or V.P. Bedekar setting up a small grocery store in Girgaum, Mumbai, in 1910. Apart from the promoter's drive and vision, their growth was also aided by policy interventions by the government around food processing, food parks and cold chains. Better back-end supply chain, quality, technology and capabilities, especially over the last decade, also helped.

"There is space for all to grow and no one food company has all the answers or solutions. Out of a total of $700 billion that Indians spend on retail merchandise every year, 67 per cent is being spent on food," says Ankur Bisen, Senior Vice President, Technopak, a management consulting firm.

To understand how a local player can think and become big, let's look at two distinct cases: MTR and Balaji Wafers. MTR began small but is today run by a Norwegian major and is seen as an MNC brand. Balaji Wafers hopes to have a pan-India footprint in five to seven years; it has already crossed Rs 1,800 crore turnover. The journey of Balaji Wafers had started in 1974 when Chandubhai Virani, with his brothers, opened a small retail store at a cinema theatre in Rajkot, Gujarat, to offer potato wafers. It took 15 years for the Virani brothers to get to the first crore. This year, says Virani, Balaji will be a Rs 2,000 crore company.

Directly engaging with consumers helped define MTR, says P. Sadananda Maiya, who started out in 1976 with one product, rava idli mix, out of one outlet in Bangalore. By 2007, he had grown it into a Rs 170 crore company with about 130 products and a strong foothold in the national instant mixes market; he then sold the business to a Norwegian major. After the end of the non-compete period, Maiya ventured out on his own with 'Maiyas' again but then a dispute with investors reached court. Maiya prefers not to talk about it as the matter is sub judice. Looking back at the initial growth recipe of MTR, he says, "We had been selling our only product - the rava-idli mix - for the first six years since its launch, and that too from only one outlet in Bangalore." A direct engagement with customers at food exhibitions helped him fine-tune future plans. In the food business, he says, it is important to introduce at least one new offering - either a product or a new concept - every year.

But how do you create a mega brand? Britannia MD Varun Berry has this to say: "Earlier, there was a belief that whoever can come up with products that appeal to regional consumers will rule the roost. Now, if someone can appeal to a larger population in India, despite the taste buds changing every 100 kms, that's the mega brand. There may be smaller variants that you could do on a regional basis but the wider appeal is becoming important. In the North, a lot of people consume South Indian food, and in the South, people consume North Indian chaat. Hence, appealing to a larger audience with a brand than having brands appeal to regional consumers is important." Maiya says during his days at MTR, he tapped north-east India, not for instant breakfast mixes but for his other products because, "In hilly areas, products like badam milk and milk shakes are more in demand."

Chandubhai Virani, the 62-year-old patriarch, feels the Balaji business grew due to focus on encouraging flawless execution rather than setting targets. "If you miss targets, it affects your health and I have never till today consumed any tablet." But a medicine-free life and business growth have also been possible only due to his direct involvement. "For the first eight years, we studied consumers. Then, we directly got involved in processing and marketing of the product. Only later did we set up a system of distribution through a dealer and then built a marketing team." Balaji Wafers now has around 5,000 people at three factories - Rajkot, Valsad and Indore. It ventured out of Gujarat only in 2005, first to Maharashtra and then Rajasthan. Soon, it became a Rs 100 crore company. It touched Rs 1,800 last year. In the process, the product portfolio expanded but the food segment remained the same. "Earlier, we used to make chips only but later ventured into namkeens and snacks." Virani says at the current rate of 15-20 per cent per annum, the company could well become an all-India player in five to seven years. Now, it has footprint in about nine states.

The challenge for most players as they scale up is retaining the founder's differentiation in the flavour-offering while institutionalising and dealing with the competing demands of retaining control and need for cash. Prataap Snacks, a savoury snacks player, set up by Arvind Mehta and Amit Kumat in 2003, went public in October 2017. Manpasand Beverages, which is into fruit juice and drinks market with its flagship brand Mango Sip, is another player that chose to go public.

"People are used to reporting directly to the promoter and so building a new layer of direct reports can be a challenge," says Amit Kumat, MD and CEO of Prataap Snacks. To beat competition, he says, one must choose the target market and the price point well. Finally, funds are crucial for growth and promoters should be willing to give up control. At Prataap, which went public last year, promoters hold only 25 per cent. It hopes to be a pan-India player in the next 18 months; it crossed Rs 1,000 crore revenue in FY17-18.

Meanwhile, MNCs are also learning the unique competing factor in every category. HUL's 'Winning in Many India's' strategy is a case in point. It has divided the country into 14 consumer clusters. It is still early days to say how all this will pan out but the ingredients are being put together for a deeper battle between India's home-grown promoter family-led companies and the MNCs.