Why hotel chains are unable to increase room rates in spite of robust demand. 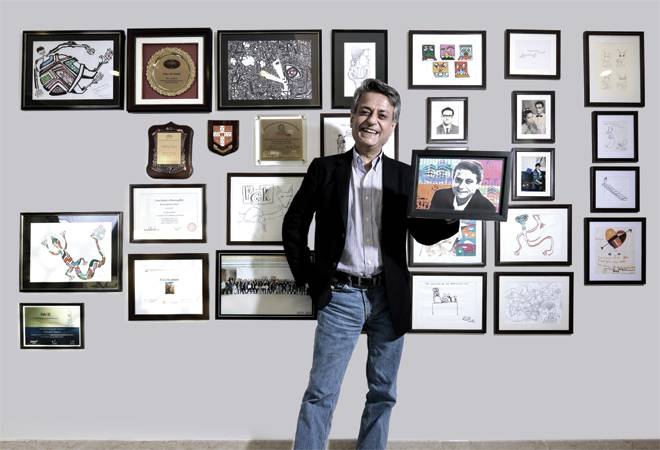 That black money is nemesis of the economy is well known, but how it hurts businesses is nowhere more evident than in the hospitality sector. Despite buoyancy - rising occupancy, demand - average room rates (ARRs) have been stagnant since 2012/13. In fact, ARRs in some categories - four-star and three-star - have fallen. Sector veterans blame widespread use of black money, among other factors, for this.

Patu Keswani, Chairman and Managing Director of homegrown Lemon Tree Hotels, says if 60 per cent hotel owners in the country have invested black money in their businesses, it is obvious that rational pricing of rooms will go for a toss. "When hotel owners convert a negative return asset (cash) into a white asset (hotel), they will have less debt on their books and will not be under normal or rational performance pressure. In institutional or company ownership, there's a requirement for return and, therefore, they are more rational in their pricing strategy," says Keswani, who operates 53 hotels in 31 cities.

Unlike sectors such as aviation, automobile and telecom where entry barriers are high (hence the number of operators is limited), the hotel segment offers a lot of opportunities for individuals, particularly developers, to deploy unaccounted cash in hotels, largely non-branded ones. This has led to fragmentation. In a mature market like the US, nearly 70 per cent hotels are branded, and controlled by institutions and companies. In India, this figure is 30 per cent.

"In a consolidated market, five-six players compete with each other and customers get the best price. But prices are not irrational. The other end is complete fragmentation where prices are not necessarily rational," says a hospitality consultant. This is one reason why the rise in ARRs is selective and patchy.

One more reason ARRs have stagnated is build-up of demand-supply mismatch over the years. Despite years of slowdown, the average demand for branded rooms kept growing at 12.5 per cent a year, almost double the rate of GDP growth. But supply grew 17 per cent a year during the period, leading to a glut.

Pavethra Ponniah, Vice President and Sector Head, ICRA - a ratings agency, says the sector saw a huge supply increase between 2008 and 2014. "There were years when the premium category supply rose 20 per cent on a pan-India basis. After 2017, we have seen some rate increases, but in a number of markets the supply is still getting absorbed. I think ARRs should go up with these kind of occupancies but the industry lacks conviction to push room rates higher," she says.

This lack of conviction is perhaps driven by cut-throat competition. Just because demand has picked up at a national level doesn't mean every hotel has registered growth in occupancy. Pricing trends depend on how each micromarket is behaving. For example, if a part of Gurgaon has five hotels, and one is not doing well, it will not increase prices, putting pressure on the other four. Prices go up when the entire micromarket is doing well. "The person who has got 55-60 per cent occupancy dictates pricing. Customer stickiness is only through loyalty programmes. Large corporates shift to the lowest price. Pricing, funnily, is determined by the weaker players, and not the stronger players," says Keswani. Jean-Michel Casse, COO, AccorHotels (India and South Asia), says every city is a different market and every market is behaving differently. "There's no huge increase in occupancy and this is reflected in room rates. It doesn't give enough comfort to all operators to increase ARRs," he says.

A September 2018 note by ICRA says muted supply growth between FY2018 and FY2022 remains the key to the recovery of the hospitality industry's revenues. "Currently, supply addition is happening at a moderate pace - following about 8 per cent compounded annual supply addition over FY2011-18. Double-digit growth in supply is expected only in Bengaluru and Chennai in FY2019, and Mumbai and Kolkata in FY2020. During the last downcycle, the room inventory nearly trebled between FY2009 and FY2014, leading to increased competitive intensity, which coupled with overall slower economic growth led to sharp rationalisation in ARRs," the note says.

Hoteliers are also settling for moderate price hikes because of lower cost increases, and with the nature of the business changing, rate increases are unlikely to match past levels. Sarovar Hotels and Resorts recorded 8-9 per cent rate increase in 2018, and expects a similar jump this year as well.

"A 10 per cent increase [in revenues] when inflation is 5 per cent is decent. Hotels cannot increase tariffs in isolation. In 2006/07, the rates were pushed up by 20-25 per cent. We are unlikely to see such hikes. Today, the rates are transparent and customers have no loyalty to any brand. From consumers' point of view, they are getting the best deal possible," says Ajay Bakaya, Managing Director, Sarovar Hotels and Resorts.

The rates are also impacted by redefining of operating parameters. A large chunk of branded hotels derives business from corporate clients. In the past five years, the business from advance corporate bookings has shot up from 5 per cent to about 20 per cent. For instance, multinationals such as Goldman Sachs, Microsoft and Deloitte do advance bookings through RFPs (request for proposals) for their room demand over the next 12 months. Since these corporates have strong negotiating powers (and substantial need), a good part of pre-bookings is at rates lower than the online quotes at, say, MakeMyTrip or Yatra. "RFPs have become a strong part of hotel inventory negotiations. This type of business is coming primarily from larger cities such as Hyderabad, Bangalore, Mumbai and Delhi," says Bakaya.

Most experts say the demand-supply mismatch is either nearing the end or has already ended. In the next five years, pan-India supply is expected to grow at a muted CAGR of 5.02 per cent. The demand, however, is likely to remain robust. "This is the beginning of an upcycle," says ICRA's Ponniah.

"My guess is that prices will go up in the next two years across India. A lot of supply will get absorbed. Certain markets such as Bangalore, Hyderabad, Gurgaon, Mumbai and Delhi Aerocity will see price hikes from next year itself," says Keswani.

Experts also say hotel chains need to do more to capitalise on the current upcycle and improve performance. "More sophisticated revenue management strategies that look beyond historical hotel data and competitor rates need to be adopted. Accurate demand assessment is critical, and technology can play an important role here," says a Hotelivate report.