With occupancy hitting a decade high, hoteliers believe an upturn is in sight; but the early signs are far from conclusive. 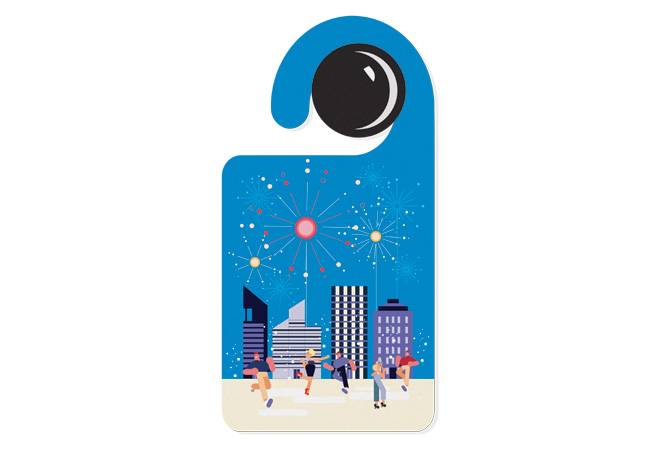 Delhi-based Umesh Saraf is a seasoned hotelier. He owns 14 hotels in India and Nepal, including properties such as Hyatt Regency, Hyatt Andaz and The Grand in New Delhi, and Grand Hyatt in Mumbai. With a series of distressed hotels coming up for sale, hotel owners like Saraf are waiting in anticipation.

Several hotel properties have gone to the NCLT (National Company Law Tribunal), including Marriott Convention Centre and Courtyard by Marriott in Hyderabad, and Taj Gateway Hotel in Kolkata. "There are buyers like us. People have created funds for acquisitions. Some pension funds have been roped in by promoters to buy distressed assets," Saraf says.

For Saraf, this kind of expansion will be different from his previous approach of building hotels from scratch. For starters, the hotel industry has two kinds of people: owners and brands. People like Saraf own hotel properties, and bear the construction and operational expenses. Similarly, domestic hotel chains like Taj Hotels or Oberoi are largely owners. On the other hand, there are players like Hyatt and Marriott that operate hotels (on behalf of owners), lend their brand names, and earn fee in return of their services.

"Our biggest issue is the crazy project implementation time. This kind of bureaucracy is unnecessary. I am going to stop building new hotels; I will most likely acquire running hotels. Private equity investors want exits in eight years, but it takes eight years to build a hotel," he says woefully. Building a hotel from ground up is a tedious process indeed. According to ratings agency ICRA, starting a new hotel requires clearances from roughly 40 central and state agencies and 110 licences.

The hospitality sector is witnessing a revival of sorts after a long period of slump, and Saraf and his ilk don't want to be left out of the next boom cycle, which, sector experts believe, has already begun.

Last year, the average nationwide occupancy rate reached 65.6 per cent for the first time since 2008/09. A few branded chains such as AccorHotels registered occupancy as high as 70 per cent. There was also a marginal increase - 2.4 per cent - in average room rates (ARRs) in 2016/17 over the last year. But the growth story - if there's going to be one - is likely to be different this time with hotel companies tweaking their standardised model to rein in their spiralling costs and become efficient.

For nearly a decade, supply in the hospitality sector, especially in the top cities, outstripped demand by a huge margin leading to significant pressure on occupancy and room rates. Even in the down cycle, the demand was growing at 10-12 per cent annually, whereas the supply was growing at a fast clip - between 15 and 25 per cent from 2007 to 2016.