The meetings, incentives, conventions and exhibitions segment in the hospitality sector is growing fast in India, but still has a long way to go.
Arpita Mukherjee | Print Edition: May 6, 2018 Events can be extremely daunting at the best of times. Last month, Big Bazaar's Chief of Experience Design, Anuradha Singh, was at her wits' end finalising a location for her company's annual event, Spark. Last year was a logistical nightmare in Kolkata, and this year Singh had only two choices - to pick either Chennai or Pune for 900-odd store managers from across India to converge.

"We decided on Chennai, simply because it had the space to accommodate all our people," she says. "Over half were in ITC Grand Chola and the rest were in two other nearby hotels." Singh recalls that there was enough room for people to have a great time.

The combination of meetings, incentives, conventions and exhibitions, or MICE, is now an integral part of the global hospitality industry. It stood at $752 billion in 2016 and is projected to grow at 7.5 per cent in the next five years.

However, India has a market share of just $1.5 billion in this pie and is losing out to Japan, Australia, Singapore, Malaysia and Thailand, according to a recent report by the International Congress and Convention Association (ICCA).

Key industry players say India needs to step up to make the most of the global MICE event trend. Hilton's Senior Vice President and Country Head (India), Navjit Ahluwalia, says, "As a country we don't really have the high quality facilities that large MICE bookings need. There aren't many hotels of a very large size....it is only now that 500-plus room hotels are being built." 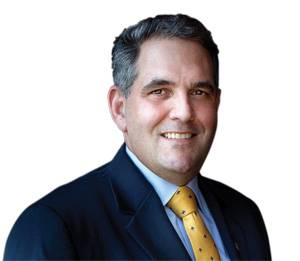 There is a dearth of convention centres that can seat between 10,000 and 15,000 people. By housing convention delegates at large hotels, capacity utilisation, and consequently cost effectiveness, can be ensured. "For big MICE events one needs a venue that can seat 2,000-3,000 people, with rooms across price points in close proximity," says ICRA's Vice President and Sector Head (Corporate Ratings), Pavethra Ponniah. InterContinental Hotels Group's Regional Vice President (South West Asia), Vivek Bhalla, says, "If you look at really big, worldwide, big convention centres in the United States, hotels have thousands of rooms near convention centres that can hold thousands of people".

Ahead in this race is AccorHotels for whom the MICE segment accounts for 60 per cent of revenue, thanks to Hyderabad International Convention Centre and Novotel Hyderabad Convention Centre. Director, Sales and Marketing, at both these centres, Gorav Arora, points out that for every rupee spent at such events, `25 is generated through ancillary activities for the city. Delegates at conventions spend on hotel rooms, local travel, food and parallel meetings and in many cases on shopping, sightseeing and other tourist activity too.

The state government's proactive attitude to MICE tourism, when it comes to building infrastructure, and playing up Hyderabad's cultural history, says Arora, has resulted in there being more for the international delegate. Their venue hosts almost 700 conferences and events in a year, including 12 large international conventions.

"If we need really big international conferences, we do need centralised conference centres, for which hotels can be the feeders. The issue is that they take a long time to build, and longer time for returns," says Renaissance Mumbai Convention Centre Hotel's General Manager, Nicholas Dumbell. He believes that public financing is the way forward. 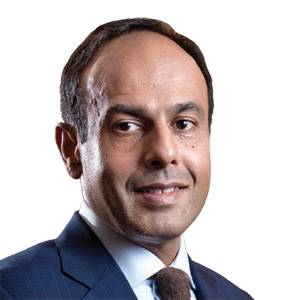 In 2016, Delhi and Mumbai accounted for 40 and 18 international conventions, respectively. Dhirubhai Ambani International Convention and Exhibition Centre (DAICEC) is likely to be completed by 2018-end in Mumbai. In Delhi, an exhibition-cum-convention centre in Dwarka, near the airport, would be capable of hosting large MICE events, supported by Aerocity, which is home to several hotels.

Most full-service hotels are now generating close to half their revenue from the MICE segment. Officials at Pullman-Novotel in Delhi's Aerocity say MICE earnings are 40 per cent of revenue; at Renaissance Mumbai Convention Centre Hotel, the revenue from MICE has grown to 30 per cent from 26 per cent in 2016.

"Aerocity has developed extraordinarily well, and it's a great symbol of what we can do when we get it right," says Intercontinental's Bhalla and adds "that's exactly what is needed - a more self-contained zone where people can come straight from the airport." Mumbai, on the other hand, would now need to consider building capacity.

Though one would expect India to be a preferred destination over nearby nations, hotel and hall sizing aren't the only disadvantages. In fact, just about everything involved in travelling to India is a deterrent, right from the stage of visa applications. Add to that high taxation (GST at 28 per cent) and poor connectivity and it is obvious why India is losing out.

"An India visa costs more than what they'd pay for in Sri Lanka or Thailand, and costs matter, even more so to those who're organising events for large numbers," says Radisson's Chief Executive Officer (South Asia) Raj Rana.

For international conferences, the costs of hotel rooms matter too. "You can get a 5-star room in a Bangkok, or Dubai, for less than $150," says Bhasker Canagaradjou, Director - India Operations, Ipsos Business Consulting. That would be a massive challenge in India.

Meanwhile, local demand continues to drive growth in this sector with thriving market for domestic MICE events. Indian corporates such as Big Bazaar are constantly looking for newer regions in the country for their annual events. Renaissance Mumbai, for instance, saw 25 per cent growth in a single year, said Dumbell, adding that domestic exhibitions, conventions, training seminars and offsite events are all contributors to domestic MICE revenue. Interestingly enough, so are weddings.

ost full-service hotels in large metros are currently capable of hosting small to medium events with their 200-300 rooms, and conferencing capabilities that can host 500-600 guests. "No one has really explored beyond the three or four major cities, though there are tremendous possibilities in other venues....we just haven't reached there yet," says Sandeep Mehta, Chief Operating Officer, Wizcraft International Entertainment.

Some encouragement has come in the form of the Tourism Ministry's efforts to include MICE as part of the tourism agenda and its focus on the India Convention Promotion Bureau to promote India as a convention destination.

But the industry believes that more needs to be done to push the MICE agenda. And if that's done, and the government and the hospitality industry move forward towards the common goal, next year, Anuradha Singh might just have more Indian destinations to choose from.