Indian companies are finally getting down to cracking the Japanese market NASSCOM, the apex trade association of companies that offer information technology (IT) services from India, is getting ready to take a 20-member delegation of Indian start-up firms to Tokyo on a fund-raising mission in August. The number of applicants has already crossed 1,500, making the selection process tough.

On the other side, there is huge interest among Japanese institutions to invest in Indian start-ups. In the past three years, NASSCOM alone has facilitated over 100 business meetings for Japanese investors in India. In addition, some 30 Indian start-ups participated in Japan's biggest IoT (internet of things) show as part of a Japanese government funded start-up initiative during this period. Some, such as Bengaluru-based iWave - mentioned in Japan External Trade Organization's Invest Japan Report 2017 as one of the beneficiaries of its Subsidy Program for Global Innovation Centers - have gone further and clinched technical and financial partnership deals with Japanese entities.

If the current trend is any indication, the shared vision for the future of India-Japan relations outlined by Indian Prime Minister Narendra Modi and his Japanese counterpart Shinzo Abe in 2018 is beginning to take shape. And it is no longer skewed towards the inflow of Japanese investments and products into India. One of the key elements of the vision statement, a resolve to develop IoT and artificial intelligence (AI) solutions through collaborations between industries from both the countries for mutual benefit, is encouraging Indian technology companies to work with the Japanese players. A Japan-India Start-up Hub has been established in Bengaluru, while NASSCOM has announced an IT corridor project in Hiroshima Prefecture to attract highly skilled talent and encourage collaboration between Indian and Japanese industries and institutions.

"The quantum of investment by Japanese companies and venture capitalists in Indian start-ups stood at $2.1 billion in 2018 as compared to $5.9 billion in 2017. The drop in numbers is largely to do with the series of investments made by SoftBank (Japanese venture capital major) in 2017. If this is ignored, the trend is growing," says Gurpreet Sandhu, President, Council for Healthcare and Pharma, which helps Indian healthcare and pharmaceutical companies expand reach to global markets that have great potential. The established players, too, are not far behind and business between Indian IT majors and Japanese companies is growing. In 2018, Tech Mahindra and Japanese telecom firm Rakuten Mobile Network announced plans to set up 5G and 4G network labs in Tokyo and Bengaluru. Infosys firmed up a joint venture with Japanese firms Hitachi, Panasonic and Pasona. Paytm, where SoftBank has considerable investments, launched the 'PayPay' mobile wallet in Japan through a joint venture with SoftBank and Yahoo. With $135 billion annual IT services spend, Japan is the second-biggest market for IT service firms after the US, a $375-billion market. "There is no dearth of market. It is quite big and there is a lot of potential," says Gagan Sabharwal, Senior Director (Global Trade Development), Nasscom, explaining the rationale behind the growing interest of Indian IT firms in Japan.

While there is no doubt about the potential, Japan is yet to become a major revenue centre for Indian firms. "There are 40-odd NASSCOM members, and perhaps 20 others who are not NASSCOM members, doing IT over there. Our estimate is that 2 per cent of our $137 billion exports can be attributed to the Japanese market," says Sabharwal.

A senior official in the commerce ministry says that in addition to IT, Japan offers huge growth potential for Indian companies in sectors such as pharmaceuticals, healthcare services, agricultural produce. "In pharmaceuticals, in the last two years, they (Japan) have made a law to encourage (registration and sale) of generic drugs. With India's strengths in off-patent drug manufacturing, this can be a great opportunity. Similarly, we are in talks with the Japanese government to recognise Indian caregivers as there is a huge demand for healthcare services in their country, which has a large ageing population. Also, Japan is already a major importer of Indian shrimps," says the official. 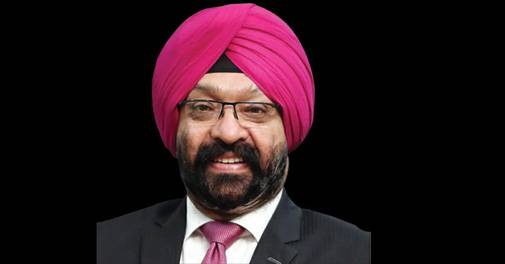 Sanjit Singh Lamba, Managing Director, Eisai Pharmaceuticals India, vouches for the strengths of the Indian generic industry, though he wants Indian companies to look at the world's second-biggest medicine market by sales (again, like in IT services, the US is the first) as a long-term investment. Esai, incidentally, was the first Japanese drug major to set up a greenfield manufacturing facility in India. It exports bulk of the medicines manufactured in India to Japan. "We started with one or two products. Today, around 10 products are manufactured here, and 95 per cent of what we produce goes to the Japanese market. The facility is approved by Japanese regulator USFDA, UK's MHRA, Korea's FDA and the WHO. We employ around 350 people at our Vizag (Andhra Pradesh) facility and have been supplying to the Japanese market. We have performed better than acceptable Japanese standards. So, maintaining stringent quality standards with an all-Indian team is doable," says Lamba.

Not many big Indian pharmaceutical firms have so far penetrated the Japanese market in a big way. Mumbai-based Lupin is an exception. The company is the sixth-largest Japanese generic player. Almost 13 per cent of its global revenues of Rs 15,559 crore in 2018/19 came from that country. "It is doable. The market needs a lot of consistency, good communication and less failures. If you are looking at the Japanese market, you need at least five years of planning. So, keep a timeframe of 10 years (to penetrate the market)," says Lamba.

The Indian nursing degree is yet to be recognised in Japan, but that does not deter young aspirants from trying their luck in healthcare services in that country. "There are institutes in north-eastern states to help caregivers learn Japanese language and culture. There is a lot of interest in moving to that country to work and live," says the ministry official. It's not just a private initiative. At least one N-E state, Assam, has announced that its skill development mission is getting organisations recognised by the National Skill Development Council to set up centres in Assam to train its youth in Japanese language and lifestyle to make them employable in Japan and Japanese industries.

The utilisation of the start-up innovation ecosystem that makes IT an enabler for developing solutions for industries across sectors, including healthcare and automobiles, remains the most promising of all at the moment. Sandhu of the Council for Healthcare and Pharma has ample examples of how this happens in the healthcare space. "Spiral Ventures has invested in four health start-ups that offer digital solutions for the local market and is scouting for more. The firm has invested in NirogStreet, an online database of curated and certified medical practitioners of Ayurveda that patients can choose from. It has also invested in Ambee, an emergency response system that helps track and manage ambulances. Similarly, Prime Venture Partners has invested in mfine, an app-based AI-enabled mobile phone platform that gives on-demand service by providing access to doctors from well known hospitals and affordplan, which is a combination health and fintech start-up," he says.

Japan has traditionally followed what they call a "keiretsu system", which comprises a group of home-grown enterprises that did everything in the value chain of manufacturing within the group through interlocking business relationships between their associate and subsidiary firms. This ring-fencing has begun to crack as in the new digital era everybody is talking about connected devices, smart devices, smart cars, smart appliances and Japan is running miles behind China and the US in the AI race. This is where Japanese hardware and Indian software can make an unbeatable combination to create products for global markets.

Japan has relaxed its visa policies and has now come up with an H1B type of (temporary job) visa without any limitations that the US imposes over such visas for foreign citizens. It has relaxed rules for permanent residency, too. The student exchange programmes of Indian and Japanese universities are also meant to attract young talent to Japan. India will sell more products, but it will be much more services and human resources that will move to Japanese shores in the coming days.