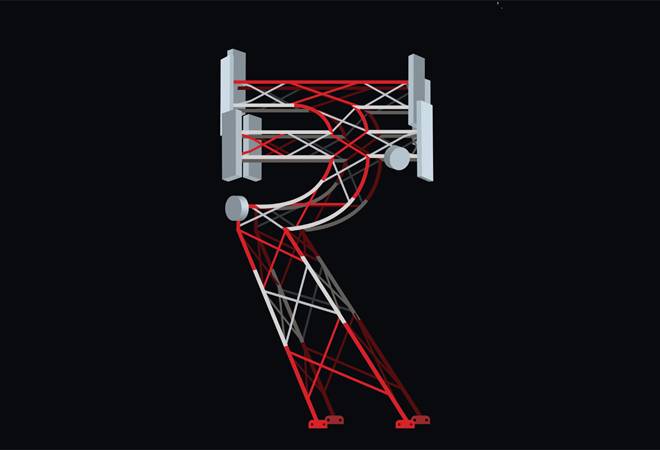 Let's just accept it. Telecom is no longer exciting, the way it used to be about 20 years ago, when mobile telephony was just picking up in India and call rates were so high that only high networth individuals and senior executives could afford them. Free incoming calls, which started in 2003, unleashed market potential the way Reliance Jio has changed the data market by bringing down the per-gigabyte cost to dirt-cheap level.

If one were to divide the history of the telecom sector according to its landmark moments, the 1999 New Telecom Policy, the 2012 Supreme Court verdict in the 2G case and the 2016 entry of Jio would stand out. Now, there's another big trend under way which has the potential to change the face of telecom forever. The makeover of pure-play telecom service providers into digital companies is here. At the centre of this shift is the ongoing fight between telcos and OTT (over-the-top) players, the large untapped potential of digital services in India and the huge valuation upside of becoming a digital player.

All leading telcos have taken the plunge. Each is taking a different path to tap the trillion-dollar opportunity. As per the Ministry of Electronics & IT estimates, half the potential $1 trillion value in 2025 will come from digital ecosystems such as financial services, agriculture, healthcare, logistics, jobs/skills market and e-governance. "With need for digitalisation across industries growing rapidly, the telecom sector had to move from being a network provider to one that offers customised digital services," says Karthikeyan Natarajan, President and COO at tech solutions firm Cyient.

The Next Big Leap

For long, telcos were providing the connectivity layer, and anybody could use that layer to provide services. Despite investing heavily in building networks, they missed the chance to run their own content. As a result, they were compared to infrastructure companies - with comparable valuations - offering dumb pipes. Content companies such as YouTube, WhatsApp and Facebook, which used telcos' networks, made billions of dollars using the latter's backbone. "The digitisation-led disruption is threatening for telcos as it puts their capex under pressure. Telcos have to deal with competition from tech firms like Google, Microsoft, Amazon, Netflix and Apple to redefine their operational landscape," says a telecom consultant.

Rajan S. Mathews, Director General of COAI (Cellular Operators Association of India), says if telcos had got their strategy right from the beginning, they could have developed strong content apps and monetised network investments better. But, he says, all is not lost yet. "We need licences, others don't. We pay huge fees (licence fee, SUC); OTT players don't. We can use our position to offer not just connectivity but much more. There's nothing stopping telcos from offering search engines like Google or apps like YouTube and WhatsApp," says Mathews.

Even as he seems over-excited about the potential of telcos, he acknowledges that they have lost out on the consumer side of the digital play and can make up for that with the work they are doing on the enterprises side. "Telcos are late in the game when it comes to building killer apps. They have lost that market to others. The only way to catch up is to tap the enterprises market, which is now beginning to grow," he says. 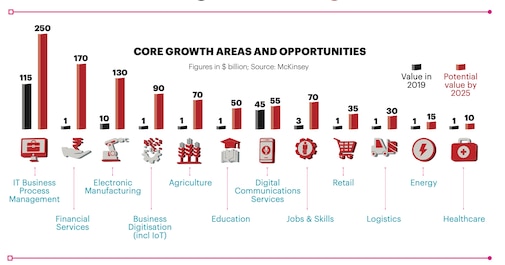 That might not be entirely true. Surprisingly, as per Apptopia, the share of Jio suite of apps is highest among all OTT players. For instance, in May, Jio apps (TV, Cinema, Saavn) had 35.5 per cent market share in monthly active users as compared to 30.3 per cent for Disney+Hotstar, 14.8 per cent for Amazon Prime, 9.2 per cent for Netflix and 5.5 per cent for Airtel TV.

For telcos, the share of non-telecom revenues is still not significant but the growth potential of digital revenues can be assessed from the recent investments in Jio's holding company Jio Platforms. In less than two months to June, it received Rs 1.16 lakh crore by selling 24.7 per cent stake to 10 investors. Interestingly, the stake sale didn't take place in Jio, which is one of the biggest pieces among all Reliance Industries' (RIL) assets.

Global investors, led by Facebook, saw potential in combined digital assets of RIL housed under Jio Platforms. Over the past two years, the platform entity has made dozen-odd investments in areas like online music, AI, cloud, robotics, AR/VR and online news services. As per brokerage Bernstein, Jio Platforms has spent Rs 11,236 crore in acquiring partial or majority stakes in Saavn, Haptik, Embibe, Asteria Aerospace, Radisys and seven other companies. These tech investments can help realise the digital dreams of RIL that its Chairman Mukesh Ambani has envisaged.

For instance, the majority stake in Embibe will allow RIL to offer personalised digital education across segments such as K-12, higher education, professional skilling and vernacular languages.

Close on Jio's heels, Airtel has build a separate team of 1,200 people managing its digital assets. Airtel hopes it can generate meaningful revenue from its digital assets over the next 12 months, and once this vertical gains scale, hive it off.

Telcos have understood that their digital services have takers across the board - consumers, large enterprises, small and medium businesses (SMEs), merchants, farmers. All three telcos - Jio, Vodafone Idea and Airtel - have taken the partnership route to garner digital revenues.

Jio, for example, has announced a 10-year deal with Microsoft to build large data centres across the country. Microsoft will deploy its Azure cloud to target large corporates and SMEs. India has over 50 million SMEs, accounting for 37.5 per cent of the country's GDP. Jio could not only digitise SMEs but also offer them lending support through its financial services products. Jio already holds a payments bank licence (with SBI) that can be leveraged to offer SMEs and merchants a bouquet of services around loans, insurance and mutual funds.

Then, the recent Facebook tie-up will help Jio on two fronts: monetise data of its 388-million users and use Facebook's WhatsApp to digitise small merchants with its online-to-offline venture JioMart. "We expect RIL-FB to become a core platform for India's digital economy. As more consumers and small businesses move online, we see expansion of India's digital TAM [total available market] and expect to reach $2 trillion by 2025," Bernstein said in its June 10 report.

Much like Jio, Vodafone Idea and Airtel have announced a slew of partnerships over the past two years. Take Airtel. In June 2017, it began the digital journey by rolling out a digital platform to serve SMEs and start-ups for their growing connectivity, communication and collaboration requirements. This was followed by launch of Airtel Xstream, a digital entertainment service, last September.

Of late, the Sunil Mittal-controlled telco has put the pedal to the metal with a series of tie-ups. It has partnered with Bharti AXA and HDFC to sell insurance products to its subscribers. It claims to be one of the largest sellers of life insurance policies. On consumers' business side, Airtel is leveraging its platform to drive growth for Zee, Star, Netflix, Amazon, Eros and others.

"With our [digital] platform, we have been a partner of choice for several companies. On the business-to-business (B2B) side, we have leveraged our platform to drive new revenue streams. We have built partnerships in the work-from-home area - in cyber-security services, delivering managed networks, IoT (internet of things) and delivering cloud services. Our partners here include Cisco, Google, Zoom, Microsoft, Palo Alto Networks and Symantec," Airtel CEO Gopal Vittal said during the FY20 earnings call in May.

The company plans to step up the digital game with more partnerships in domains like education, content and financial services. Airtel will earn commission on transactions. "Airtel's connectivity layer and its potential to harness its vast subscriber data will bring in new revenue streams for the telco," says a telecom expert.

Vodafone Idea is not too far behind its rivals, at least in enterprises sweepstakes. Its enterprise vertical - Vodafone Idea Business Services - is selling digital solutions to corporates, public sector, government bodies, SMEs and start-ups through tie-ups with Google and Microsoft. Its WebBuddy, a suite of online presence tools for SMEs, enables integration with e-commerce platforms to sell products, and provides a Do-it-Yourself website builder (to set up professional responsive websites), apart from an advanced business e-mail system. "Vodafone Idea is also providing IoT solutions to Maruti Suzuki, Hyundai, and KIA. We are working on a GPS-based tracking system for the logistics sector," says a Vodafone Idea spokesperson.

Digital transformation of telecom firms is surely not an India-specific trend. In the UK, for instance, Vodafone is offering enterprise IoT solutions around connected cars and automotive insurance. Telstra has also forayed into cybersecurity, digital marketing solutions and IoT monitoring and tracking solutions. Likewise, in the US, Verizon offers cybersecurity, business communication and telematics (logistics, fleet management, dashcams for auto insurance). AT&T has expanded into media and entertainment through the acquisition of Time Warner. Sprint (US), Rogers, Telus, and Bell (Canada) are also expanding into digital services.

So, even if every telco is providing almost the same kind of digital services, their scale is likely to be different in India, and that will also be determined by their current financial conditions. On the content side, telcos might have lost the game to global biggies, but they can make up for the loss with specialised solutions on the enterprises side where competition is lesser. "In a world which is increasingly getting digitised, one Covid has shown that if not connected, even a small kirana store can lose business. Think of the need for large enterprises and SMEs to keep their business going," says the telecom consultant quoted above.

As telcos shift gears to tap the vast digital space, their solid foundation, a large subscriber base (over a billion), and widespread network infrastructure (towers, fiber), will give them a definite edge over existing tech firms.