Alkyl Amines Chemicals, the manufacturer and supplier of specialty chemicals for pharmaceutical and agrochemical sectors, has consistently remained ahead of competition for the last few years. New products and expansion plans are set to propel its growth 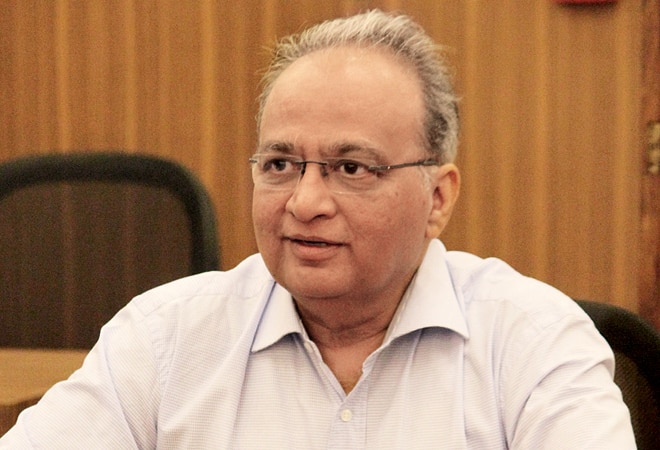 Veteran investment banker Hemendra Kotharis family has been in the financial services business for over 100 years. His great-grandfather was one of the founders of the Bombay Stock Exchange. But when Hemendra Kotharis younger brother, Yogesh, a chemical engineer, returned to India after studying in the US in the late 1970s, he had other ideas. He wanted to get into manufacturing of some key specialty chemicals and import substitutes. At that time, public sector fertiliser major RCF was producing methylamines from ammonia and methanol. India lacked manufacturers. It was then that Yogesh zeroed in on ethylamines, produced from ammonia and ethanol. It laid the foundation of Alkyl Amines Chemicals in 1980.

Almost forty years later, Alkyl Amines Chemicals is a global manufacturer and supplier of amines, amine derivatives and other specialty chemicals used mainly in pharmaceutical and agrochemical sectors, made from about 15 plants at Patalganga and Kurkumbh in Maharashtra and Dahej in Gujarat. Amines are used in a large number of popularly made drugs like metformin, amoxycillin, statins for heart disease drugs etc.

"We have been growing at over 10-15 per cent in the past five years, mainly made possible by very high capacity utlisation of nearly 85 per cent, operational efficiencies with constant in-house research and development (R&D), and debottlenecking and savings in power costs to remain ahead of competition with cost-efficiencies and quality," says Yogesh, Chairman and Managing director. Another cost-efficient move was generation of own turbine and solar power.

That can make a lot of difference in a small domestic market for amines worth Rs 3,000 crore. There are only three domestic manufacturers - Alkyl Amines Chemicals and Balaji Amines with a revenue share of Rs 1,000 crore each, and RCF with another Rs 300 crore. The rest is shared between multinationals, including BASF and Eastman, and some Chinese companies. But each manufactures different products.

Alkyl Amines has a product basket of 40-60, made mainly using ammonia, methanol, acetic acid and ethanol as raw materials. It has a customer base of about 600, of which 350 are regular ones. About 20 per cent products are exported. "Product mix, process efficiencies and benign raw material prices mainly account for high profitability. Since this is a niche industry, comparisons on profitability are irrelevant," says Kirit Patel, Executive Director, and the company's first employee. "If GDP grows at 5 per cent, the chemical intermediates industry will grow at an estimated 7.5 per cent. We have been creating capacities in the past few years," adds Patel. Along with Kirat Patel, Yogesh Kotharis son and Executive Director Suneet Y Kothari assist him in running the business. The company, which has invested around Rs 300 crore in the last three years, plans to put in another Rs 300 crore in the next two-three years. Through debottlenecking - a way of improving efficiency of old plants with better technology and new processes - the company will create around 15,000 tonnes of new capacity in methylamines, with low capital expenditure, besides setting up a couple of derivative plants.

A new plant is coming up at Dahej for acetonitrile, which will add another 18,000 tonnes to the current capacity of 12000 tonnes a year, by the middle of next financial year. This will boost revenues by another Rs 350-360 crore, making Alkyl Amines the second-largest producer of acetonitrile in the world, after global petrochemical major Ineos. If the company produced about 300 tonnes of intermediates in the first year of operation in 1980, it now makes the same in a single day. Production capacity currently is around 90,000 tonnes, and 25-30 per cent of it is used for internal consumption to make derivatives. Around 45-50 percent of the products are aliphatic amines and 20-25 per cent includes specialty products. The rest are derivatives.

"Our first two projects on ethylamines and methylamines were done with US technology. Then we set up own R&D and developed many new products based on amination (a chemical process) with ammonia and alcohols. It took us three years to develop the acetonitrile project from the pilot stage to the end level," says Yogesh.

The target now is to double revenues within the next four-five years. "The new schemes announced for setting up of pharmaceutical bulk drug parks will create big capacities for APIs in India and that gives us new opportunities," adds Patel.