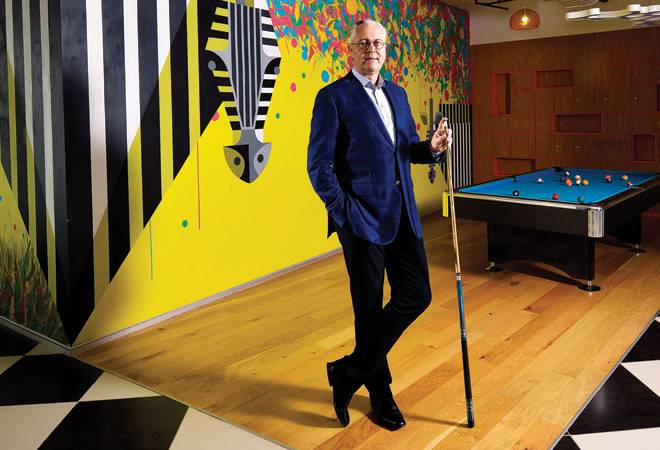 The hospitality industry is booming in India. Travel and tourism grew 8.5 per cent in 2016, faster than in any other country, according to a World Travel and Tourism Council report. Tourism already contributes 7.5 per cent to the country's Gross Domestic Product (GDP), and is expected to grow at a compound annual growth rate (CAGR) of 16.1 per cent for the next five years, says a 2017 KPMG report. Not surprisingly, both local and global hotel chains are bullish about their prospects. The introduction of the Goods and Services Tax (GST), instead of the multiple taxes imposed on hoteliers earlier, has further encouraged them, even though hotels with room rates above Rs 7,500 per night have been put in the highest GST bracket of 28 per cent. Occupancy has been steadily growing, as seen from an ICRA report of August 2017, which notes that revenue per available room (RevPAR) has been increasing for the last 12 quarters, even though average room rates have hardly risen at all in this period - barely one or two per cent.

But there is a vital difference between the ways local and global hotel chains are growing. In February this year, the Taj Group of Hotels Palaces Resorts Safaris announced it was doing away with its Gateway and Vivanta by Taj brands, folding these properties into its flagship Taj brand. "It's becoming increasingly difficult for customers to differentiate between 10 to 15 brands of the same hotel chain," says Chinmai Sharma, Chief Revenue Officer, Taj Group. "We went through a large internal exercise, discussing the matter with our guests, our loyalty members, and our staff and associates. What we realised was that at the end of the day, everyone basically wants a hotel with delicious food and beverage offerings, clean rooms which provide a great sleep experience, and some good experiences at the unit level. Brands don't matter so much."

In contrast, global chains are increasing the number of brands they bring to India, using them adroitly to get into different segments of the market and capture different locations. The Carlson Rezidor Hotel Group, for instance, with such brands as Radisson and Park Inn, has introduced five of its seven brands to India - Radisson, Radisson Blu, Park Inn, Park Plaza and Country Inns & Suites by Carlson - and intends to bring a sixth, Radisson RED, next year. "India, being a low RevPAR market, demands investing in the right brand after proper feasibility studies have been done," says Raj Rana, CEO, Carlson Rezidor, South Asia. "Overspending can affect the return of investment."

Thus global chains have been expanding much faster across the country than Indian ones. Marriott-Starwood, for instance, after the merger of the two giants in 2016, now have 89 hotels in India, and another 80 in the pipeline. AccorHotels, with brands like Fairmont, Sofitel and Pullman, has 10 of its 20 brands in India across 50 properties. The Hilton Group has five of its 14 brands here across 34 hotels. The main difference is that foreign brands largely take over the management of the hotels they run under long-term leases, but are not owners of the properties, as most Indian hotels are of theirs. Accor, for instance, has 70 per cent of its overall Indian portfolio under long-term management, with the remaining under franchise agreements. 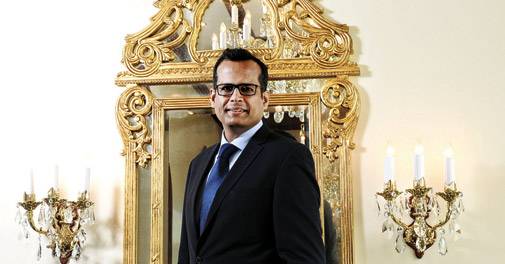 "It is far easier to get into an asset light relationship than it is to build your own hotels, one asset at a time," says Achin Khanna, Managing Director of hospitality consultancy HVS. "The Taj, Oberoi, ITC and Leela groups of hotels have all grown by acquiring properties." Indian hoteliers, too, have been moving towards management contracts, but the learning process is still on. "There are some growing pains due to which they are not able to expand the way the international brands are doing," he adds. But Sharma of Taj insists his group's objectives themselves are somewhat different. "Our agenda is a little different from that of the likes of Marriott or the Intercontinental Hotel Group (IHG) which are into pure management and franchise models," he says. "It is in their interest to continue with all their brands even if they are not very well differentiated, because they have a specific goal of populating chosen cities as much as possible."

The argument in favour of a wide array of brands is also compelling. "There are different sets of people, there are many micromarkets and microsegments that want different price points and different facilities," says Anshu Sarin, CEO, Beggruen Hotels, which runs the Keys Hotels brand with three sub-brands: Keys Prima, Keys Select and Keys Lite. "If you are expanding through the management route, you need multiple brands to fit into different markets, different cities and different consumer markets, as well as meet the expectations of the different owners of the properties you take charge of."

How does a group decide which brand of hotel to locate where? "We have a due diligence process which takes into account the competition, the presence of existing Hyatt brands in the area, the agreement with the developer and the nature of the local market, among other factors," says Kurt Straub, Vice President, Operations (India), Hyatt Hotels and Resorts. Hoteliers identify existing gaps in a particular location and try to fill them. "We fill gaps with the right brand at the right location at the right time," says Kaushik Vardharajan, Vice President, Development (India), at Hilton Worldwide. The future potential of the area is also kept in mind. "The final brand fit is a mix of the present and future potential, the development budget available and the vision of our partners," says Jean-Michel Casse, Chief Operating Officer, India and South Asia, Accor Group.

The partners could be either the owners of the properties or other entities with whom the hotel group forms strategic joint ventures. Accor, for instance, formed a JV with Indian travel company InterGlobe Enterprises in 2004 to develop the ibis brand of hotels, and later roped in asset management firm Pacifica Partners as well to manage some more in 2010. "Where we have differed in India from our other markets is in our strategic JVs with key partners, such as InterGlobe and Pacifica," says Casse. Managing the property owners is also not an easy task. These are usually wealthy businessmen or business families who look upon the properties they lease out as "ego investments", which should not only bring them handsome returns, but also raise their profiles. Professional hoteliers have to manage their expectations, explaining the economics of the business to them and the importance of looking at long-term returns over short-term volatility.

But overall industry majors are very upbeat, indeed, expecting demand to spiral upwards. "We expect strong growth in the mid-scale segment of the industry, especially in Tier 2 and Tier 3 cities, buoyed by infrastructural improvement and higher propensity for spending among the middle class," says Rana of Carlson Rezidor. "We are focusing heavily on two of our brands - Country Inns & Suites by Carlson and Park Inn to tap the potential of this segment." But the luxury bracket is not being ignored either, given the growing number of Indian billionaires - such hotels now comprise 8.5 per cent of the total market, up from 6.5 per cent a few years ago. Hilton, for instance, intends to introduce the Waldorf Astoria and Curio - A Collection brands in India next year.

Yet hotels and tourism cannot grow in isolation. "The hospitality industry is dependent on a host of other sectors such as transportation, entertainment, aviation and more," says Ashish Jakhanwal, CEO and Managing Director, SAHMI Hotels, which owns 23 hotel properties and has handed them over to Marriott, Hyatt and Accor to run. "Strengthening these will further boost our growth."

The writer is a freelance journalist