Sarovar Hotels and Resorts is looking to conquer new frontiers after the acquisition by the Louvre Group.
Samita Bhatia | Print Edition: December 3, 2017 Among the first to adopt the online travel agency or the OTA model in India, Sarovar Hotels and Resorts is now looking as far as Somaliland, which is yet to be recognised as an independent nation.

The Managing Director of one of India's fastest-growing hotel management companies, Sarovar Hotels and Resorts, Ajay Bakaya is on an overdrive. He could have meetings in Delhi, Nairobi, Bengaluru and Jaipur, and a trip to Africa, all in one week. He is perpetually on call for the 75 hotels that he runs. The group's target is to hit the 100-hotel mark before 2019 sets in.

Bakaya, a key player in the group's short haul to success, terms the Europe-based Louvre Hotels Group's acquisition of the majority stake "a win-win for both". While Louvre will be able to use Sarovar's extensive spread to make inroads into a critical economy, Sarovar will get to dovetail into Louvre's loyalty programmes, technology and its global distribution network, the second largest in Europe.

"The only business we understand is running hotels," quips the seasoned hotelier, who is an avid cyclist and is looking ahead to two upcoming long-distance cycling events. The Sarovar Hotels and Resorts group, the brainchild of hotelier Anil Madhok, was formed in 1994. In just two decades, Madhok and Bakaya have built a portfolio of 75 hotels in 50 Indian and African cities.

The properties range from the luxurious Sarovar Premieres to the three- and four-star Sarovar Porticos and the economy Hometels (which Bakaya says are the most profitable). While the group's holdings include brands like Radisson, Park Plaza and Park Inn under franchise agreements with Carlson Hotels Worldwide, the 100-room Hometels in Chandigarh and Roorkee are the only two owned by Sarovar. In the mid-market segment - its core strength - the Sarovar group has become the force to reckon with, say experts, noting that average yearly occupancies are a healthy 69 per cent.

In Africa, Sarovar started in 1999 with a hotel in Dar es Salaam (Tanzania) and then expanded to managing hotels in Kenya, South Sudan, Zambia and Ethiopia. Three more hotels are under development in Lusaka (to open in 2018), Addis Ababa, and Nairobi (both to open in 2019). Bakaya, who wants 10 properties in Africa by 2019, says, "Although we have grown in Africa, the progress is slower than in the Indian market."

Sarovar is in different stages of discussions with properties in different locales. "We are in advanced discussions in Somaliland, which is a country not recognised by anyone so far," says Bakaya. The breakaway region from Somalia, however, does issue visas and has its own currency.

"My focus area is where I get a phone call from and how my fee is structured," he smiles and adds that the only location Sarovar has probably said no to in the past 20 years is Iraq. 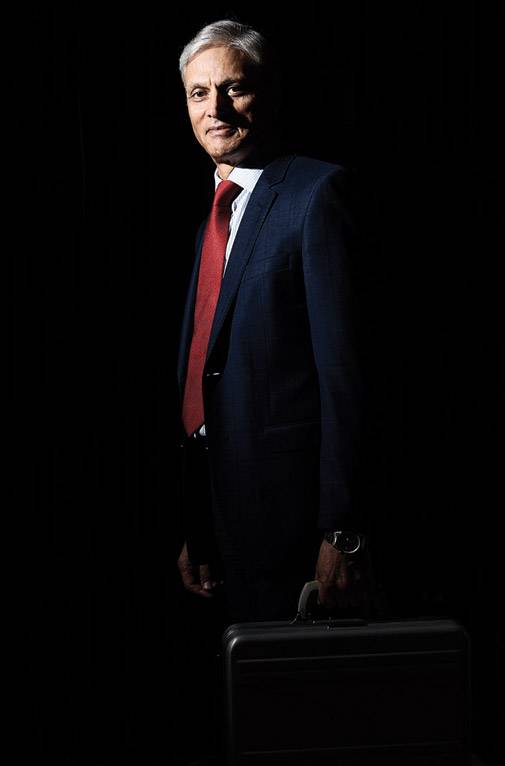 Not much has changed in the last nine months after the Louvre groups acquisition. There have been no demands for brand name changes or attempts to bring someone else to run the show. The Louvre group only asked for a road map for the next three years. Also, according to sources, Sarovar, while expanding its portfolio, will manage Louvre's Indian portfolio of 20 Golden Tulip hotels.

On the recent trend for acquisitions - Marriott International acquired Starwood Hotels & Resorts Worldwide and Accor Hotels picked up Fairmont among others - Bakaya says consolidation began a decade ago. "China is in an acquisition mode in hotels and real estate," he says.

Saurabh Chawla, Vice President, Group Development, Louvre Hotels Group, says with new concepts, brands and business models appearing every day, consolidation is the obvious course. "It will add value to at least two of our stakeholders - our guests, who will have more choices and different experiences, and the owners, who will benefit from lower OTA commissions and other distribution costs."

Sarovar employs over 10,000 people at its 75 properties. It signs 12-15 year management agreements with properties that have over 50 keys. The clientele is 70 per cent business/corporate and 30 per cent leisure, of which 60 per cent are Indian and 40 per cent international (primarily in the resort space).

It forayed into the institutional hospitality space in 2000 with the establishment of a Corporate Hospitality Services division. This business has grown exponentially. Today, it has presence in four IIMs (Ahmedabad, Kolkata, Udaipur and Roorkee), two IITs, HULs Mumbai office and Indian School of Business (ISB), Mohali. Sarovar runs executive development programmes in IITs and IIMs. At ISB, it runs everything apart from education. 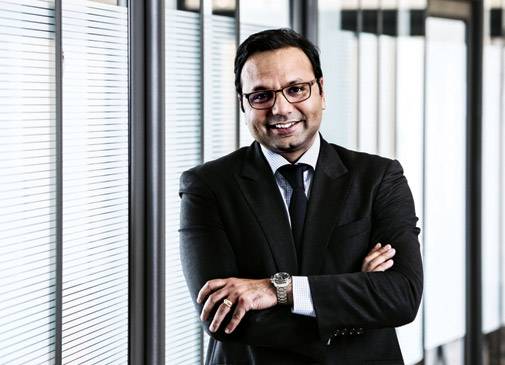 "We are not bashful of saying that we are very strong in the mid-market and that's where our core strength lies. I am not embarrassed by it but am proud of it. People follow what we are doing in the mid-market space," says Bakaya. Typically, the mid-segment Sarovar Portico hotels offer tariffs between Rs 4,000 and Rs 6,000.

Even the budget segment is afflicted. Budget hotels offer no banqueting spaces, have just a few meeting rooms, one restaurant, a shrunken lobby and some public areas. "Business is driven though room revenues. It is the best model in terms of investment and return on investment although it may not be the most popular model for owners who want a high profile," says Bakaya.

Another challenge is to beat competition and stay ahead of the pack. When Sarovar started out, it faced virtually no competition as the mid-market in India's hotel industry was just emerging. Today, Sarovar is up against Lemon Tree and Fortune Hotels. Accor, too, is indirect competition. But Bakaya believes "there's enough business for everyone and more".

Excellent brand recall, says Yatra.com Chief Operating Officer Sharat Dhall. Sarovar has hotels in great locations and at almost all price points in the mid-market segment, he says, and adds that this was achieved over multiple years through exceptional service, attention to detail and brand building. He also credits Sarovar's early adoption of the OTA model and says its revenue and e-distribution team is adept and responds quickly to the changing technology in the travel space.

Bakaya believes a key advantage lies in Sarovar treating owners of partner hotels as bosses, investing in staff training, staying ahead of technology and building a cache of top-rung professionals.

Now that Sarovar is the ninth new brand to integrate with the Louvre group, the European partner is looking out for deals to launch Sarovar in countries that get a large number of Indian visitors.

In the Middle East, Sarovar is hoping for a breakthrough, says Bakaya. "The Middle East operates mostly on a lease model, which we do not do yet. But the area is a good convergence point between India and Africa."

"We are ahead of whatever we forecast," says Bakaya. But it will take another year for results to show in tangible terms. "We feel that 2018 will be the impact year," says Bakaya.