Several changes are shaking up the structure of the travel sector. 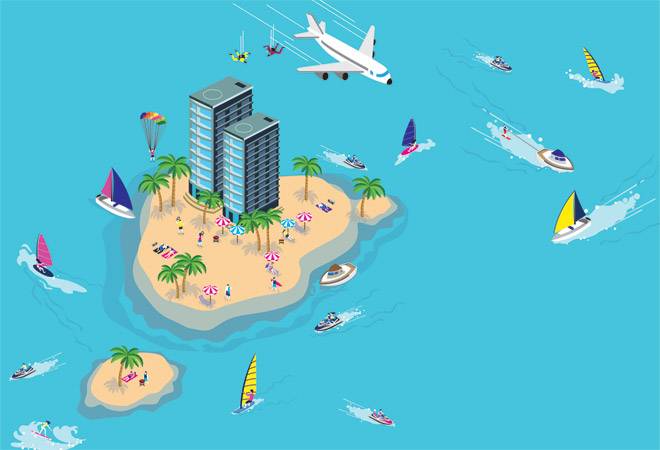 Two developments over the past decade changed the face of the Indian travel and hospitality industry. One was the dawn of low-cost aviation. Low-cost carriers or LCCs, which did not exist till 2003, now account for 66.8 per cent of the sector.

Then came the big-bang entry of foreign hotel chains. Chains such as Starwood, Hyatt and InterContinental Hotels were doing fitful expansion in India till the early 2000s. Their wide portfolio with rooms at different price points tilted the scale in their favour as domestic hotel chains concentrated on the upper end of the market.

Tech start-ups, including Expedia, Booking, Airbnb and MakeMyTrip, are changing the rules of the game. Flush with cash, online travel agents or OTAs are hurting hotel companies by giving steep discounts on bundled products and increasing distribution costs. Hotels prefer to sell rooms through own channels as OTA commission can be 10-15 per cent. M&As have provided the much-needed muscle to hotel companies to negotiate with OTAs.

Earlier, the Indian hospitality sector mostly had luxury chains and unbranded, standalone hotels. The hotel chains, led by foreign brands, are now focussing on mid-market and budget hotels. They have taken a lead over domestic players and our story on the march of foreign hotel chains (page 92) talks about it. But there are some outperformers among the domestic brands. Our pieces on SUJAN Luxury and Sarovar capture these success stories. Turn the page to savour our offering.