Desalination plants are expensive and environmentally risky, but emerging technologies and economies of scale can make them a sustainable solution.
KTP Radhika | Print Edition: June 2, 2019 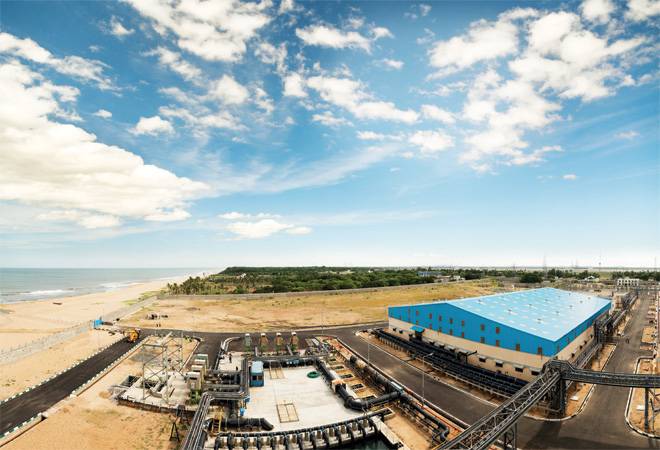 The Nemmeli desalination plant, located 50 km from Chennai, supplies 100 million litres of potable water to the city in a day.

Situated off India's south-west coast, Kavaratti Island, the capital of Union Territory Lakshadweep, is surrounded by pristine beaches and calm waters. But finding potable water was a challenge for the islanders. High saline content made groundwater unfit for drinking, and bringing large quantities of water from the mainland was not an option. People tried several measures: open wells, rainwater harvesting, and more, but nothing worked.

In 2005, Chennai-based National Institute of Ocean Technology (NIOT) set up a desalination plant with a capacity of 1,00,000 litres potable water a day. Desalination is a large-scale exercise of removing salt from seawater. The NIOT plant provides continuous supply of drinking water to more than 10,000 people in Kavaratti, bringing down incidences of waterborne diseases.

Cases of dysentery have dropped from 200 to 10 a year, and instances of diarrhoea and water-borne hepatitis reduced significantly. The success of the desalination plant prompted NIOT to set up low-temperature thermal desalination (LTTD) plants in Lakshadweep's Agatti and Minicoy Islands too. "We are putting up such plants in six more islands," says Purnima Jalihal, Head (Energy and Fresh Water Group), NIOT. "We are also setting up the world's first self-powered desalination plant in Lakshadweep."

Cut to Chennai, a city notorious for water scarcity. In early 2000s, the city faced acute water shortage as its four reservoirs went dry, and residents were forced to pay hefty rates to buy water from private suppliers. To take advantage of the long coast line, the state government came up with the idea of setting up two desalination plants - at Minjur, around 30 km north of Chennai, in 2010, and Nemmeli, 50 km south of Chennai, in 2013 - as perennial sources of potable water. Each supplies 100 million litres a day (MLD), according to a spokesperson of the Chennai Metropolitan Water Supply and Sewerage board (CMWSSB). "The board is supplying more than 500 MLD water and the two existing sea-water based desalination plants together meet about 38 per cent of this need. Both plants are running well," he says. Encouraged by the success of these desalination plants, the CMWSSB is planning to set up two more 'desal' plants with capacities of 150 MLD and 400 MLD, at a cost of around Rs  1,260 crore (funded by German agency Kfw) and Rs  4,000 crore (funded by Japan International Cooperation Agency), respectively. Desalination may have been the answer for Chennai, but can it help address India's growing challenge of supplying fresh water? Many water experts believe it can.

"India is consuming around 946 billion cubic metres (BCM) water, according to the 2017 estimates. With increasing population, the country might face extreme levels of water scarcity in the coming years, and the 'water balance figure' - which represents the input and output of water - is estimated to go negative by 2027. It will be a negative 277 BCM by 2050," says Nideshna Naidu, Consultant, Industrial Practice, Frost & Sullivan. "To address this, desalination technology is one of the emerging solutions. It can particularly help coastal cities such as Chennai, Mumbai, Kolkata, Surat and Vizag ensure water security," she says.

Globally, the desalination market is valued at about $16 billion (2017), according to market research agency Adroit. The International Desalination Association (IDA), a community of global desalination agencies, states that currently there are about 19,744 desalination plants operating worldwide with a total capacity of more than 99.7 million cubic meters per day. More than 300 million people rely on desalinated water for some or all of their daily needs. In India, the desalination market stood at around $830 million in 2017 and is expected to reach $1.4 billion by 2023, posting a compounded annual growth rate of over 9 per cent, notes consultancy TechSci Research. 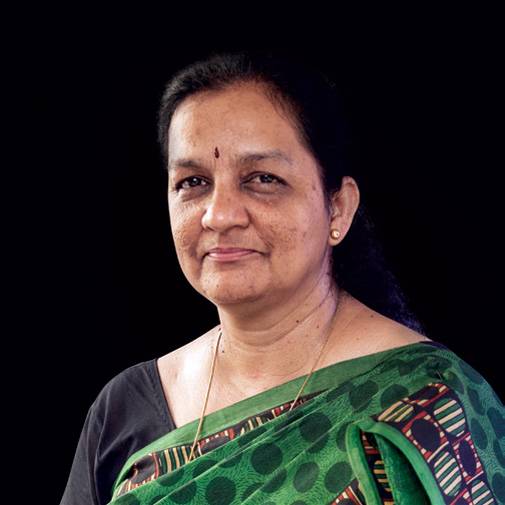 Apart from the advantage that desalination plants hold in coastal areas, they are also an all-weather solution. "Many West Asian countries, including Israel, have floated tenders for very large desalination plants (about 800 MLD). India can also benefit from this technology. In 'water stressed zones' we can target at least 25 per cent supply from desal," says Kamal Maheshwari, President - Business Development of Noida-based Essel Infraprojects. The company is setting up a Rs  1,000-crore, 100 MLD desalination project in Jamnagar, Gujarat, under a public-private partnership with Gujarat Water Infrastructure, which is an enterprise of the Gujarat government.

"For a large SWRO (sea water reverse osmosis) plant incorporating the latest technology, the capex per MLD will be around euro 1 million (nearly Rs  8 crore)," says Rajneesh Chopra, Global Head- Business Development, VA Tech Wabag, a water solutions company. It costs about Rs  900 crore to build a 100 MLD-plant, and from concept, environmental clearances to installation, it can take about five years to be fully operational. "The payback depends on the cost of production and the sale price of water. It is around Rs  60-75 per thousand litres," says M.S. Srinivasan, a Chennai-based chemical engineer who assisted in setting up the Nemmeli desalination plant.

In a desalination plant, energy is needed to push water past a membrane at high pressure to separate the salt. "A well designed large sea water desalination plant will need about four units of electricity per 1,000 litre of water produced," says Srinivasan.

The two Chennai plants (Nemmeli and Minjur) together consume 5,00,000-7,00,000 units of electricity each day if they run at full capacity, "which is enough to power 200,000 households a day", explains environmental activist Nityanand Jayaraman.

At present, many desalination plants use coal or diesel. However, technologies are being developed to use energy from renewable sources such as solar, in particular, and wind. Many pilot solar desalination plants are operating in the UAE. Recently, IIT-Madras set up India's first solar-powered desalination plant in Kanyakumari with a capacity to generate 10,000 litres of fresh water a day.

"In terms of opex, with SWRO technology, it costs around Rs  50 to produce 1,000 litres drinking grade water. Post-overheads of maintenance and distribution, this will be around Rs  58," says A. Sahasranamam, former finance controller at CMWSSB. In comparison, surface water treatment is eight times cheaper.

Another area that adds to the cost of SWRO system is the membrane. "Nearly 15 per cent of SWRO membranes need to be replaced every year," says Chopra of VA Tech Wabag. However, membrane costs are gradually falling thanks to improving technology. "Sea water desalination based on membrane technology is becoming commercially viable due to decrease in membrane prices globally, and it is being adopted on a large scale in India as well," says Sunil Kuram, Vice President of Hyderabad-based Pennar Industries, a new entrant in this domain with four sea water desalination industrial installations with a cumulative capacity of 6.5 MLD.

The high cost of building a desalination plant, and operational costs mean the end-use water is expensive. "Assuming the Indian standard of 140 litres per person per day, desalinated water would cost around Rs  240 per person per month for CMWSSB. Considering the loss to leakage in pipelines and that 30 per cent of the city's (Chennai) population is economically weaker, the economy of desalination for public distribution gets more complicated," says Sundaramoorthy.

The biggest drawback of desalination plants, however, is the environmental impact. The hyper salty brine water that is pushed back into the water, and which often contains other contaminants and chemicals used for water treatment, poses a significant threat to marine life. The brine has to be discharged around 650 metres into the sea. "On an average, for one litre of fresh water generation, desalination plants produce 1.5 litres of brine; this may vary based on feed water salinity, desalination technology and local conditions. If not properly disposed of, the brine might affect the shoreline and marine life," says Naidu of F&S.

Brine is also warmer than the normal seawater and contains about 5 per cent salt, which poses a threat to corals and aquatic life. The chemicals that desalination plants use to prevent fouling, scaling and corrosion, get flushed out through brine, leading to death of small fish and other life forms. Globally, Saudi Arabia leads in brine production.

"Desalination creates enough pollutants each year to cover the state of Florida beneath one foot (30 centimetres) of brine," states a recently released United Nations-backed study. It also said brine cuts the levels of oxygen in seawater near desalination plants, which impacts shellfish, crabs and other creatures on the seabed, leading to "ecological effects observable throughout the food chain". 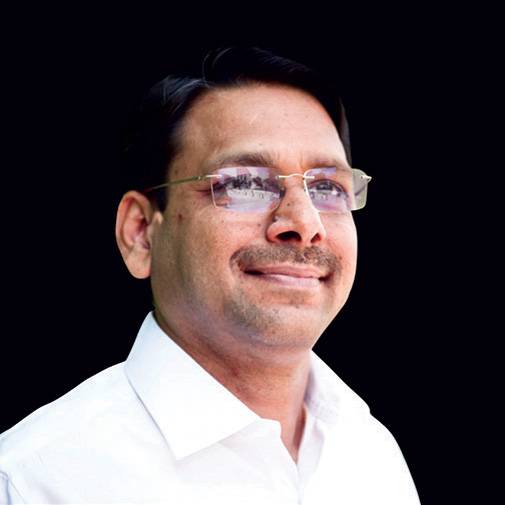 "Aquatic life is very sensitive to salinity and will move away or die if exposed to brine. This will affect the marine life of surrounding areas," says Jayaraman. "On the intake side, water is drawn in at extremely high velocity. Many small aquatic animals, including fish, larvae get sucked into the plant. There are fewer fish close to the plants in Chennai and fishermen have to travel a long distance to catch fish," he says, adding that some plants are not following the rules of proper brine disposal.

In cities such as Chennai, where desalination water is currently used for public distribution, water tariff is highly subsidised, which makes it relatively affordable. "Currently, the plants are operational because of government grants. In the long run, they will be sustainable if we have volumetric tariff," believes Sahasranamam. Till that happens, desalination can continue only based on subsidies. "In India, it can be sustainable for public water supply only if tariff for water supply is raised to balance the revenue-expenditure equation," says Sundaramoorthy. "But it is not easy to sustain the entire public water supply given the socio-economic-political issues involved."

Many experts feel that as far as sustainable water management in urban sectors is concerned, desalination can only be the last resort.

Current experiments and research in the area give hope that desalination will become more affordable. India is expected to launch a National Mission on Desalination soon, under which appropriate technologies will be identified, nurtured and promoted to provide clean drinking water to all water-scarce areas in coastal states, using available desalination technologies and know-how.

NIOT is also planning to set up India's first offshore desalination plant based on LTTD technology in Chennai which will have a 10-MLD capacity and may be built at an estimated cost of Rs  2,000 crore. 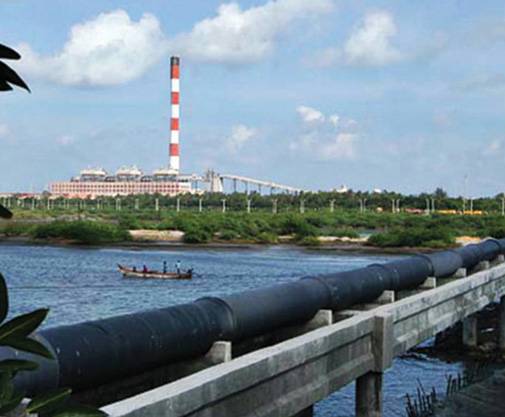 Two major technologies - reverse osmosis (RO) and thermal distillation - are used in seawater desalination. Of these, the RO method is the most popular; it is used by over 60 per cent desalination operations globally, and also at Minjur and Nemmeli plants.

In the RO method, pipes are laid in the sea for intake and outfall of water. "The seawater that comes through the intake pipe is passed through normal filters and then through specialised disk filters. It is then passed through ultra-filtration membranes, where all minute particles are filtered. After this, the water is transferred to the seawater RO (SWRO) membrane.

The filtered water is re-mineralised and disinfected before distribution," explains Rajneesh Chopra, Global Head-Business Development, VA Tech Wabag. The rejected water is pumped back to the sea through the outflow pipe.

Nearly 65 per cent of the water ends up as reject (brine water) in RO plants. Thermal desalination uses energy to evaporate water and condense it again. This method is used in many refineries and power plants. The National Institute of Ocean Technology (NIOT) desalination system is thermal-based.

"The plant exploits the temperature difference between surface and deep sea. The system evaporates the warmer water at low pressure and condenses the vapour with the colder water to obtain fresh water," says Purnima Jalihal, Head (Energy and Fresh Water Group), NIOT.

"Our island plants work with this technology; and it is very indigenous," she says. NIOT is now setting up a 2-MLD desalination plant in Tamil Nadu's Toothukudi.

Over the past several years, major improvements have been made in membrane technology, thanks to innovative strategy and design mechanisms. "Innovations in process designs that feature batch operations are being implemented to get higher freshwater recovery out of RO," says Kamal Maheshwari, President-Business Development, Essel Infraprojects.