Bank on, Powered by Tech

From using technology to sell financial products to being tech companies that use AI, Big Data and analytics for offering customised services, the banking industry will see a major shift
Axis Bank Print Edition: August 23, 2020 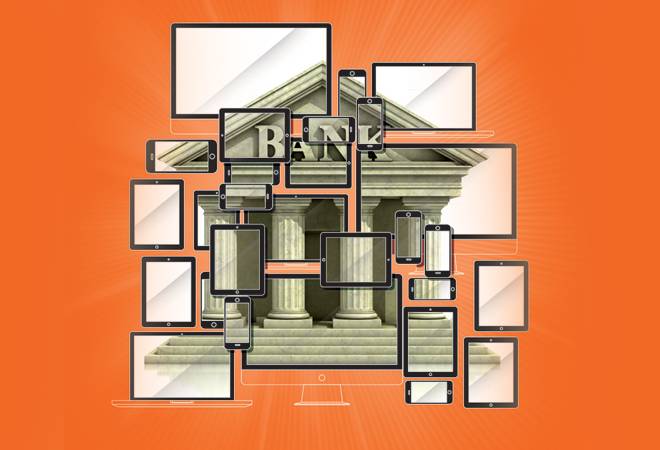 The IMF recently projected a deep (-4.9 per cent) cont-raction of the global economy in 2020, with advanced economies likely to be particularly vulnerable. The agency expects the Indian economy to contract by 4.5 per cent, a historic low. The downturn, stress in corporate loans in severely affected sectors, including travel, hospitality, aviation and retail, are set to impact banks' earnings across the board. But, beyond this short-term stress, the crisis will also serve as a 'tipping point' to drive long-term positive changes in the sector. In his 2007 eponymous bestseller, Malcolm Gladwell defined 'tipping point' as the "magic moment when an idea, trend, or social behaviour crosses a threshold, tips, and spreads like wildfire." Over the last few years, banks had already started re-imagining their operations and business models. Covid-19 has only accelerated it.

If banks were able to function seamlessly during the lockdown, it's because most banks have been digitising their operations in the last few years. Digital banking - be it Netbanking or use of mobile apps - has already become the norm for over 70 per cent of customers. Whether it is monitoring account balances, fund transfers, ordering cheque books or getting statements, most of the routine transactions were already digital. Social distancing and reluctance to visit branches only added to the shift. 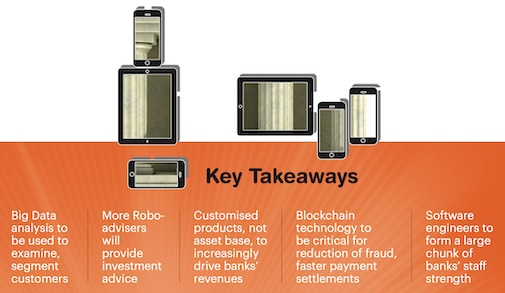 United Payments Interface (UPI) was launched in 2016 and has since then been a game-changing method of payment in terms of ease, experience and security. UPI payments are contactless - whether online or offline through QR scan - and has led to around 1.34 billion transactions in June 2020, the highest ever. The next 12 months will see this number dwarfed.

Today, you don't even have to visit a bank branch to open an account. All major banks offer 'digital' accounts, with online Know-Your-Customer (KYC) norms. The Reserve Bank of India (RBI) has now allowed video KYCs. A customer can open an account in minutes, get a virtual debit card and start using it right away. Interestingly, this trend towards digital banking is not just increasing in the retail segment. Today, almost half of commercial loan transactions happen over digital channels.

Having digitised their operations, banks have access to massive amount of data on customers, ranging from income and spending patterns to preferences and channels of transactions (online, mobile apps, ATMs, credit/debit cards, etc). They are using this data smartly, to analyse and segment customers, and offer them specific products. Such analytics also help in risk assessment, compliance and fraud prevention, as well as in receiving customer feedback.

Evangelists of Big Data & Analytics talk about how performance over three key matrices - Vs in their jargon - can give you an edge. These include: Variety in types of data that you can process, velocity of how new data is added to the system and processed, and volume of data. The idea is that if an enterprise performs well on these three Vs, then it adds a fourth V - Value.

There is, however, another less talked about element - use of public data. India has over 1.25 billion people enrolled on Aadhaar. The government's Digilocker initiative has over 30 million users, who have uploaded over 3.5 million documents. The Goods and Services Tax (GST) network has 380-million returns filed and over 1.42-billion transactions carried out using UPI. Add to this the Sahamati Account Aggregators and the proposed Public Credit Registry, and you have an ecosystem rich with data. Banks can use this public data - only with permission from individuals - to tailor financial offerings, be it loans, invoice financing or personal finance solutions, thereby providing the much-needed customisation. I see this as the next big game-changer post-Covid.

Most banks have already started using Artificial Intelligence (AI). As a retail customer, you may have experienced this in case you have encountered a Robo-adviser for investments. In the years to come, AI is going to change, not just banking fundamentally, but all financial services.

So far, the key to becoming an industry leader was to have a large asset base and massive distribution networks through bank branches that could push standardised products. AI will change this to a considerable extent. Asset size, though important, will not be sufficient. What will also be critical is the volume and scale of data flow. Revenues will come not from standardisation, but highly customised products. This is because customers will be able to shift between providers with ease, and banks will have to create a moat around their clients by providing better and more tailored benefits with a suite of customised products.

Blockchains, or distributed ledger technologies, would be critical for banks in areas ranging from reduction of fraud, disintermediation and hence faster and cheaper payments processing, clearance and settlement systems, as well as products such as trade finance.

In popular imagination, a banker is 'boring', and a software programmer is 'cool'. That is set to change with the talent profile undergoing a metamorphosis, thanks to the digital wave. Today, banks are hiring more software engineers than ever before as they look at insourcing a lot of software development, especially when it comes to areas such as products. I remember, some years ago, the head of technology at Goldman Sachs said the bank employed more engineers than Facebook. This might soon be the case with Indian banks too.

With work pivoting around digital, workplaces and workforce must also evolve. For talent management, having addressed some of the challenges that were 'here and now', the focus will be on the 'next and beyond'. New models that promise greater flexibility and choices to employees, while delivering operational resilience, cost conservatism, innovation through technology and talent flexibility for organisations, would be in demand.

There will, of course, be challenges along the way. The first and foremost is the digital divide in India, where a large section of our population still does not have any, or even poor-quality digital connectivity. But all this is changing rapidly. Over the last few years, as data speeds increased and prices dropped, Internet usage surged. According to a 2019 survey, Internet penetration in rural areas was growing at 35 per cent annually. I believe over the next few years Indias so-called digital divide will be history.

The other challenge is how different sections of the population take to technology usage in banking. One fear was that senior citizens might be left out. This is now proving to be unfounded. For most major banks, mobile app penetration among this segment of customers is around 50 per cent and rising.

India's multiplicity of languages provides a challenge while designing user interfaces for digital banking platforms, but this is hardly an insurmountable problem. As demand for regional language interfaces grows, banks will learn to adapt and change.

The big challenge is about the existing talent pool. How will banks use this talent pool in an increasingly digital environment? I truly believe this challenge is also an opportunity. Today, a significant percentage of a bank's total number of employees is focused on operations, often in repetitive tasks that are unproductive. With proper training and automation, this talent and its time can actually be redeployed to serve customer needs, offer them advice and financial products. This is already a key focus area for learning and development teams across banks.

So, what will banks of the future look like?

I look at Amazon for inspiration. It started as an online bookstore. Today, it is a tech giant that also sells books. Similarly, I see banks morphing from enterprises that use technology for selling financial products to tech companies that also meet customers' needs for financial services and advice.

Sustainability on the Sleeves