Indian banks face multiple challenges as the economy slows and loan defaults mount. Business Today's annual listing of best banks raises a toast to those who braved the headwinds. 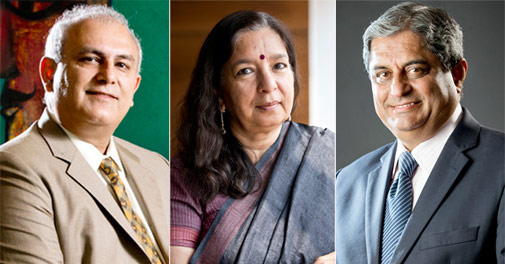 At a recent event to open a branch of Kotak Mahindra Bank in Mumbai, the lender's founder Uday Kotak summed up the challenges facing the Indian banking sector in the shortest possible way: "In a bank's balance sheet, liabilities are actually assets and assets are liabilities." He then explained his statement. A bank lists the current and savings account deposits as liabilities on its balance sheet. These low-cost deposits are helping banks maintain a healthy margin in the current worsening economic scenario. On the assets side of the balance sheet are corporate and retail loans that earn interest for banks. But, with many borrowers unable to repay, these assets are turning into liabilities.

Indian banks have a lot of things going against them currently, from a slowing economy and rising loan defaults to allegations of money laundering. A few banks have, however, faced the headwinds strongly. 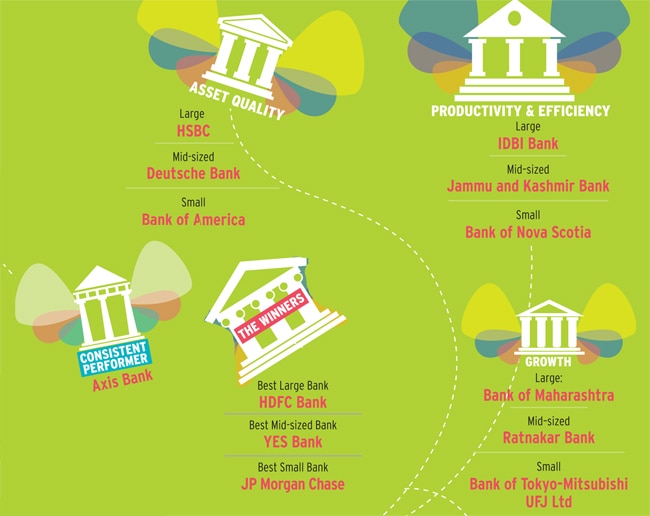 After a gap of five years, HDFC Bank has emerged as the best large bank because of good asset quality, high loan growth, a healthy capital adequacy ratio and an improvement in returns on capital employed. YES Bank remains the best mid-sized bank for the second year running.

For other banks, challenges are only multiplying. The asset quality of banks has been deteriorating for the past two years as economic growth slipped to its lowest level in a decade while inflation and interest rates remained high. Gross bad loans have spiked to nearly four per cent of total lending from 2.36 per cent three years ago. The Reserve Bank of India estimates gross bad loans to touch 4.4 per cent by the end of the current fiscal year.

In a recent interview with Business Today, RBI Governor Raghuram Rajan emphasised on speeding up the loan recovery process through debt recovery tribunals and asset reconstruction companies. "Our institutions dealing with distress are under-developed. That will make it hard for banks to take risks if they have no hope for recovery. We have to improve them," he said.

The deteriorating asset quality is putting tremendous pressure on banks' capital base. The Basel-III regulations require banks to set aside more capital for absorbing future liquidity shocks or any risk arising in the financial system. According to the RBI, Indian banks are likely to raise Rs 2.7 trillion of tier-I equity capital in the next five years. (One trillion equals 100,000 crore).

The capital adequacy ratio at many state-run banks such as PNB, Bank of India, Andhra Bank and Union Bank of India is closer to the RBI's minimum norm of nine per cent. This leaves them with little room to breathe easy.

M.S. Raghavan, Chairman and Managing Director of IDBI Bank, says banks will see formidable challenges to expansion when the Basel-III norms are fully implemented by 2018. "We will have to keep generating incremental capital," he says.

The banking sector is also waking up to the challenges of funding infrastructure projects. These projects were earlier the domain of development financial institutions like the Industrial Development Bank of India and Industrial Credit and Investment Corporation of India, the former avatars of IDBI Bank and ICICI Bank respectively. 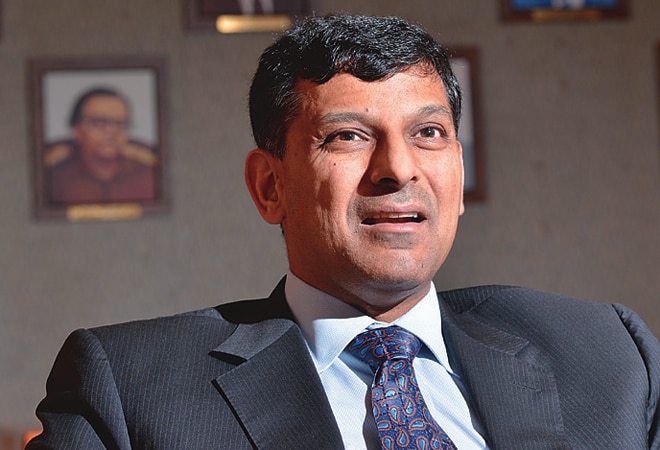 With the government and private sector looking to invest billions of dollars to build roads, power plants and ports, many banks ramped up their exposure to the sector. Loans to these projects are typically for the long term, say 20 years. But most funds that banks raise are shorter in maturity. This results in a mismatch.

"Banks do not have the ability or the expertise to assess risk in an infrastructure project," says a former chairman of a development finance institution, who does not want to be named. Shikha Sharma, CEO of Axis Bank, says banks should be allowed to raise long-duration funds by issuing tax-free bonds.

Banks are tightening their regulatory and governance structures, after a news portal exposed their liberal attitude toward know-your-customer norms and anti-money laundering rules. They must also improve efficiency, especially considering that competition in the sector is about to intensify. The RBI will soon issue new banking licences.

Foreign banks, which curbed retail lending after the 2008 financial crisis, have cleaned their balance sheets and are again looking to expand in India. The RBI has said that if foreign banks shift to a model where they set up wholly owned subsidiaries instead of the current branch structure, it will treat them on nearly equal terms with local lenders.

Rajan had earlier told Business Today that the RBI will put enough safeguards into the policy so that there is no chance of having a foreign-dominated banking system. "At the same time, let us not be afraid of foreign banks bringing in more innovation capabilities. The system will benefit," he said.

The challenges aside, there have been several welcome developments in the banking sector over the past few years. Private lenders are leveraging social media to engage customers and boost brand visibility. In state-run banks, many women have entered the corner office. Many banks are also looking to offer customised products to those who do not have access to the banking system currently.

Still, the road ahead for banks is a bumpy one. As competition intensifies, the existing banks will have to think of innovative strategies to retain customers. Axis Bank's Sharma says it takes time to build a bank from scratch. "Our job in the meantime is to make sure that our bank is strong, profitable, well capitalised and has a right offering," she adds. 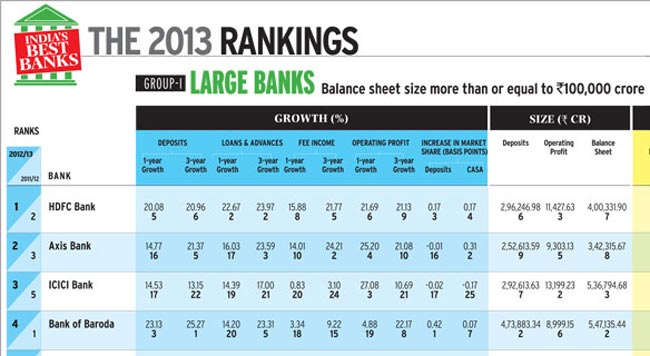 In figures: How India's top banks performed (Click to enlarge)