Snapshots of winners in different categories of Best Banks listing. Some grew despite the slowing economy, some prospered by keeping tight control on the quality of assets.
K.R. Balasubramanyam | Print Edition: Dec 8, 2013 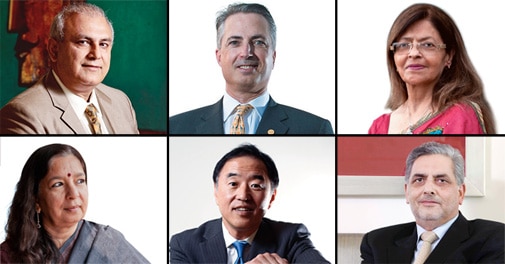 Snapshots of winners in different categories. Some grew despite the slowing economy, some prospered by keeping tight control on the quality of assets. 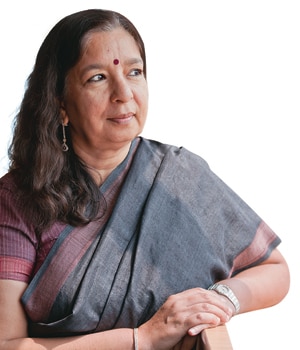 Axis Bank, the country's third-largest lender, has delivered growth with profitability with stunning consistency for many years. In the past five years its deposits rose at a compound annual rate of 23 per cent, advances grew 26 per cent, and profits soared 37 per cent. "Our strategy has been to serve primarily Indian customers with a full suite of offerings," says Shikha Sharma, Managing Director and CEO.

The bank's fast-growing retail business is compensating for a slowdown in corporate loans. Its domestic retail deposits constituted 73 per cent of local deposits and retail assets made up 30 per cent of total advances at the end of September. Home loans accounted for 64 per cent of retail loans.

Sharma says the slow pace of implementation in the infrastructure sector, which makes up about 11 per cent of Axis Bank's loan book, is worrying. There are challenges also in terms of demand for credit, she says. Savings are growing slowly. Some good companies have faced cash flow problems and restructured their loans. Sharma believes many of these companies will bounce back. "The worst is behind us," she says. "Things should begin to improve soon." 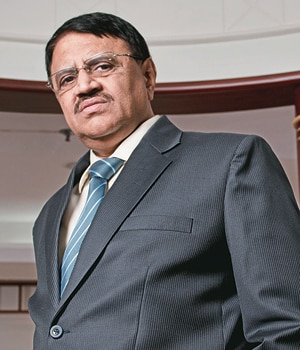 RARING TO DO MORE

IDBI Bank, which was converted from a development finance institution to a commercial lender nine years ago, is young in more ways than one. "The average age of our staff is 33 years. We could get more out of them if we had a bigger network of, say, 5,000 branches," says  Chairman and Managing Director M.S. Raghavan. He is looking at a network of 2,000 branches in two years' time from 1,160 now. "We have not done much in terms of building customer touch points," he adds.

The bank's cost-to-income ratio is at 0.36, the best in the industry. Its operating profit per employee at Rs 35 lakh places it among the top four banks in the country. The bank has also inherited a large corporate loan book. This expertise in corporate finance boosts its fee-based income, which makes up 9.16 per cent of its total income. Raghavan, however, feels the bank will lose the advantage of stepping into commercial banking unless it expands its retail portfolio. Vishwavir Ahuja has transformed Ratnakar Bank since taking charge as the CEO of the Kolhapur-based lender three years ago. Its balance sheet has ballooned to Rs 15,000 crore from Rs 2,000 crore during the period and the number of branches has jumped to 160 from 89. In the past three years, its deposits and advances have grown at a compound annual rate of more than 70 per cent. Gross bad loans are less than one per cent of total advances. "We are building a bank with global best standards," says Ahuja.

The bank is eyeing regions away from cities for new branches. It wants to retain its focus on agriculture and development banking while expanding retail loans at the same time. "In five to six years' time, we expect retail to be one-third of our total business," says Ahuja. His big challenge is to improve the return on capital employed, which at 6.73 per cent is far lower than the 24 per cent the best in the industry make. 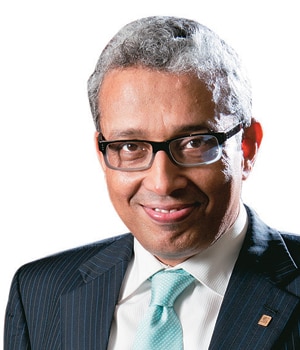 Canadian lender Bank of Nova Scotia has allowed its Indian arm to retain profits of about Rs 475 crore since 1999. The move shows the bank's commitment to its India operations. "Since March 1999 we have retained all profits in India," says the bank's country head Sanjeev Mittal.

In the year through March 2013, the bank's deposits in India soared to Rs 6,000 crore from Rs 4,600 crore, while net profit rose to Rs 286 crore from Rs 246 crore. Mittal says business grew as the bank, which is active in bullion trade, has started offering some other services, such as advisory and hedging, to clients apart from lending. 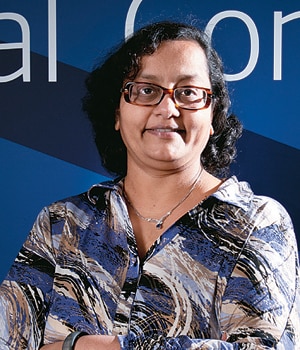 Bank of America offers a range of services but has stayed away from retail banking. That is the main reason why it has no bad loans. "We are not likely to be in retail at least for the next two to three years," says its India country head Kaku Nakhate.

The bank's India office closed two high-profile deals in the past year. One deal was Gulf carrier Etihad's investment in Jet Airways and the other involved Diageo's stake purchase in United Spirits. The bank focuses mostly on the top 150 to 200 Indian companies. One of the bank's main strengths, says Nakhate, is its global reach. For instance, the bank uses its global team to arrange overseas debt for Indian companies buying foreign assets. 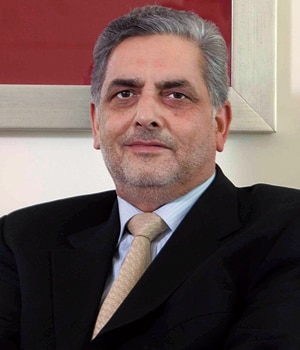 Srinagar-based J&K Bank is a public sector lender with private sector-like efficiency. The bank, in which the Jammu and Kashmir government holds a 53 per cent stake, has not just expanded its business in the past few years but also improved its productivity. In the five years through March 2013, it has grown its branch network to 725 from 575. Business per branch rose to Rs 150 crore from Rs 101 crore while business per employee grew to Rs 11 crore from Rs 7 crore. During the same period, the return on assets climbed to 1.7 per cent from 1.1 per cent. Its net interest margin - an important indicator of profitability - widened to four per cent from three per cent. 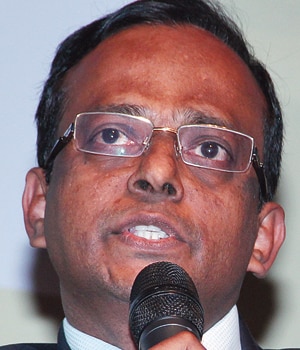 Pune-based Bank of Maharashtra grew at a quick pace in 2012/13. Gross advances surged 34 per cent while deposits expanded 24 per cent. This year, however, priorities have changed. Executive Director C.VR. Rajendran, who is steering the bank, aims to widen the net interest margin to above three per cent from 2.92 per cent. He plans to lower gross bad loans to less than two per cent of advances and also wants to reduce the cost of funds.

Battered by a poor show in the July to September quarter, the bank's stock is trading at a huge discount to its book value. This, says Rajendran, is because the bank is focusing more on top line growth rather than the bottom line. "We are changing that and will focus more on profitability. We will plough the profits back into business and increase our capital base," he says. LOTS TO BE DONE

India is a small piece of US financial services giant J.P. Morgan Chase's global business. While it has only one branch in India, it offers a range of corporate and investment banking services, cross-border fund raising, and mergers and acquisitions work. Since 2008, the bank has helped Indian companies raise more than $20 billion locally and overseas. "We wish to grow to three to four branches," says Kalpana Morparia, the bank's India CEO.

Morparia feels there is a big opportunity for foreign lenders in retail banking in India. "If you look at a basic product such as a deposit product, there are still segments of the Indian population that have no access to it. If you look at credit penetration or payment efficiency, a lot can be done," she says. 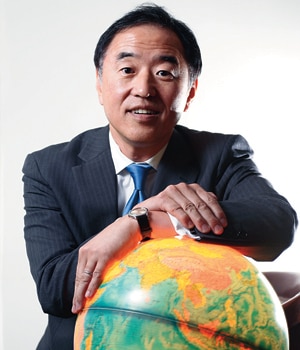 About a year-and-a-half ago, Michihiro Enomoto, the India head of Bank of Tokyo-Mitsubishi UFJ, found himself sitting next to Sachin Tendulkar on a flight to Mumbai. Enomoto hardly follows cricket, but still recognised the cricketer. How? In his career, Tendulkar has endorsed a few Japanese brands including Toshiba and Canon, the bank's clients. "It's important to know every minute detail about your clients if you want to be on top of things," says Enomoto.

The bank works with almost all Japanese firms - estimated to be more than 1,000 - operating in India. But a large chunk of its India revenue comes from local clients. Its India revenue has jumped to Rs 994.98 crore in 2012/13 from Rs 394.71 crore in 2010/11. "India is both an exciting and a challenging place to do business," says Enomoto. - Manu Kaushik 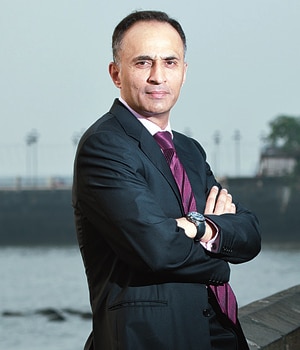 Deutsche Bank's India CEO, Ravneet Gill, has been steadily increasing its retail portfolio. Over the past year the share of the retail business has doubled to 10 per cent of the bank's book. But the growth isn't blindfolded, and Gill is constantly keeping an eye on asset quality. "We've had a very disciplined approach to risk and that has never been diluted," says Gill.

The bank's gross bad loans are 0.21 per cent of total advances, the lowest in its segment. The bad loan coverage ratio is 81.44 per cent, higher than the mandatory 70 per cent. "We've been able to grow almost 20 to 25 per cent CAGR (compound annual growth rate) without diluting our credit quality," says Gill. He says Deutsche Bank has high aspirations in India, which is among its top five to six growth markets. "The two pillars of our strategy will be transaction banking and mortgages and we're looking to grow both these businesses significantly." - Mahesh Nayak HSBC India boasts one of the lowest bad loan ratios in the country at 0.33 per cent of total advances. The bank's bad loan coverage ratio is at 81.43 per cent, higher than the mandatory 70 per cent.

To focus on credit quality, the bank has shied away from the retail consumer business. "The retail business is important for us, but we are not competing with State Bank of India," says HSBC India CEO Stuart Milne. "For us, the retail segment comprises affluent individuals to whom we offer mortgage loans and wealth management products." - Mahesh Nayak

How banks can ease difficulties in financing infra projects

Foreign banks back to focussing on institutional business