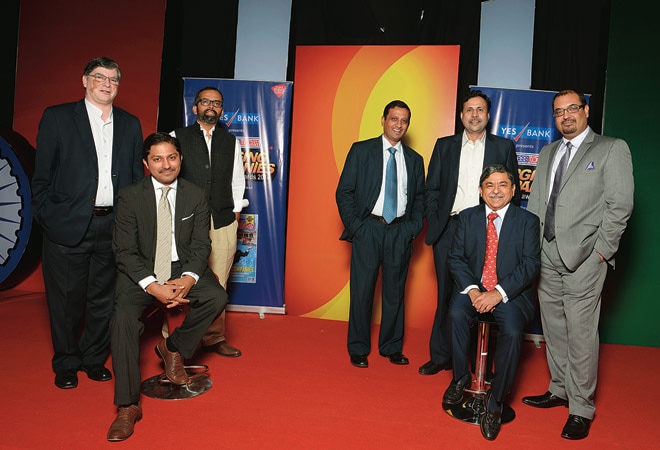 One of the highs of business journalism is to be able to spot a small, unheralded company, and see it grow to heights perhaps the company itself had not believed in. In today's digital and stock market-driven age, that elusive find has become even more, well, elusive. Which is why, last year, we put a structure to the effort by launching the Emerging Companies Excellence Awards in collaboration with knowledge partner YES Bank and procedure reviewer partner PwC India. The objective: assess the finances of unlisted companies and reward the top performers.

In its second year, we made several tweaks to the process. The number of award categories went up from nine to 15. Six of the awards based on financials - business scalability, operational excellence, capital management, employment creation, global business excellence and overall winners - were split into large and mid-sized groups. The two voluntary participation awards - for corporate governance and for innovation - had one winner each. And, we dropped the award for CSR and sustainable development, and introduced the Woman-led Emerging Company award.

Last year, to build awareness about the survey, we did not apply any restriction on the age of a company, so long as it was in business more than five years. This year, we brought in a maximum existence cap. So, only companies that incorporated between 1990 and 2008 qualified to participate. (We also felt that younger companies deserved to score higher, so a "recency" weightage was introduced.) You can see the other qualifying parameters in the table alongside.

Like last year, the starting point was data of unlisted companies from the Ministry of Corporate Affairs. The application form, which captured essential financial data of three years - 2012/13, 2011/12 and 2010/11 - was then distributed to companies on this list by YES Bank. The application form was also made available online. This year, 705 companies applied from all over India, compared to 526 last year.

YES Bank's analytics team went to work on the numbers after that. After the global filters were applied (see table alongside), 287 companies progressed to the second phase. Audited financial reports and other information were then sought from these companies.

Phase II was split into two parts - generic evaluation and award-specific evaluation. Generic evaluation was based on parameters like three-year profit margin growth, revenue growth, return on capital employed, etc. This was followed by award-specific evaluations. For example, for global business excellence, parameters such as exports growth, exports' share of total sales, number of countries exported to, etc. were used. Employment creation was as much about growth in employee numbers as in the relation between rising employee numbers and total assets.

Different sectors have differing characteristics. A manufacturing company cannot be fairly compared to a service sector company. To factor in these differences, peer set comparison was done and top performers from each sector were shortlisted for evaluation.

For the non-financial awards such as those for corporate governance and for innovativion, relevant parameters such as corporate governance policy, spending on R&D, products/patents, leadership background were considered. A group of experts - industry leaders and academicians from varied sectors (see list alongside) - was also surveyed and their scores taken into consideration.

The generic evaluation and award-specific evaluation scores were then combined in 40:60 weights to arrive at final scores for Phase II. The results of each phase were reviewed by PwC India, and their suggestions and corrections were incorporated. The top three scoring companies in each category were then presented before a jury panel.

How Ameera expanded Metropolis in India