With the introduction of the Goods and Services Tax (GST) delayed due to a political deadlock, it is likely that the Centre will bring about some significant changes in indirect taxes in the forthcoming Union Budget, as a roadmap towards aligning at least the central levies with an eventual GST.

With the Empowered Committee of State Finance Ministers having endorsed them already, the most significant of the changes expected in indirect taxes is the introduction of the 'negative list' concept in service tax. The Centre, through the release of two concept papers for discussion, has already signalled its intention to widen the service tax base and improve revenues. 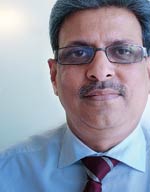 Harishanker Subramaniam
The introduction of the negative list can be seen as an interim step towards implementation of GST in the near future. There can be debates around its timing, and several stakeholders would have preferred this to have been brought along with GST, but the pressure of fiscal consolidation and resultant need for revenues makes this an imminent change. The concept of negative list will pave the way for a simpler GST design in the future.

The endorsement by the states has come with a contentious rider, asking the Centre to refrain from taxing areas that are within the statesÿ domain: construction, entertainment, meals in air-conditioned restaurants, etc. It will be interesting to see, once the negative list is officially announced, how the Centre has responded to the statesÿ demand. It is most likely that it may largely accede to the request, which will bring some relief to industry.

There is a serious issue of overlap between the Centre and the states in their taxing ambit, which has led to double taxation in areas like telecom, construction, etc, which in turn has sparked litigation, apart from creating uncertainty for industry. This contentious issue of double taxation can only be resolved by an early implementation of GST.

The introduction of the negative list should also preferably be accompanied by equitable changes in several others areas of service tax law. There is need for a clear definition of ÿservice', for clear place of supply rules and revised credit rules. The hope is that the policymakers will come out with a concept that is fairly unambiguous. This will provide much needed certainty to taxes.

Another area where change is expected is in the list of items exempted from Central Excise. This is a continuing exercise. In the last Union Budget an additional 130 formerly exempted items were brought under the purview of excise duty at a nominal rate of one per cent. The effort was to prune excise duty exemptions to align them with limited exemptions - such as in the case of State Value Added Tax - and have a more or less similar pool as a precursor for GST implementation.

The feeling is that this year exemptions on more items will be withdrawn along the same principles.