Ever since the landmark judgment by the Supreme Court (SC) in the Vodafone case , people have been speculating whether the revenue department will respond by including provisions in Budget 2012 to stem the tide of perceived loss of tax revenues in broadly similar cases. In fact, the underlying assumption that holding company structures, such as the one referred to in the Vodafone case, can be dismantled by introducing suitable provisions in the law, is fallacious. 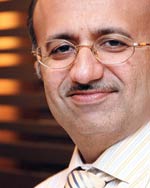 Sudhir Kapadia
The SC in the Vodafone case gave two clear messages. One, you cannot simply disregard legal corporate structures, especially those which have been set up and have remained operational for a considerable period of time, simply because you do not like the tax result flowing from a particular transaction within that structure. In other words, when there is a legitimate commercial or economic objective which can be achieved from having a particular corporate structure, the fact that tax may be avoided by using this structure cannot be held against the taxpayer, and the legal form in such circumstances has to be respected.

At the same time, the apex court has made it clear that structures which have clearly been set up to evade tax - or as a subterfuge or fraud - can be disregarded. The corporate veil can be lifted to deny the promoters the benefit of such tax evasion. The moot question therefore is whether the introduction of the much talked about General Anti-Avoidance Rules (GAAR) can, in the future, provide ammunition to the tax officer to challenge legitimate corporate structures, such as in the Vodafone case. It is this author's belief that a sensibly worded GAAR, if applied sensibly as well, will not stand in the way of such legitimate corporate structures.

Therefore, the revenue department will need to look at an alternative provision such as taxation of 'indirect transfers' if the tax policy objective is to rope in Vodafone-like transactions for taxation.

In this regard, the proposed indirect transfer provision in the Direct Tax Code (DTC) is a useful pointer to the shape of things to come. If the government is determined to introduce such a provision, the knowledge that, in principle, transactions where more than 50 per cent of the value is derived from assets located in India will be taxed, should provide a measure of certainty and comfort to foreign investors. They know they will not be hounded in all circumstances by the tax authorities in relation to such transactions.

Therefore, a specific Anti-Avoidance Rule like indirect transfers, would be a far more effective response to tax policy than attempting to invoke the GAAR in transactions of the Vodafone kind. It is hoped that the revenue authorities do not get carried away by the Supreme Court verdict and try to use the legislative framework to avenge the setback in the Vodafone case.

Budget 2012 should create incentives for investment