With a little over 40 per cent, or some $12.5 billion, of software exports coming from the BFSI sector, the debacle on Wall Street will hit Indian IT services where it hurts.

Keen followers of World Wrestling Entertainment bouts in the early part of this decade are likely to remember a 6 ft tall, 285-pound prizefighter called Brock Lesnar. A three time WWE “champion”, with a noholds-barred style of fighting, Lesnar used to be announced into the ring with a signature punch-line: “Here comes the Pain!” 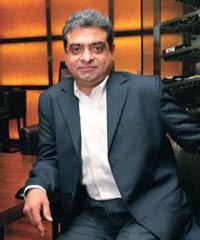 Premkumar S
If the world of IT services were a fighting ring, Brock Lesnar is well on his way. Reason: the chaos on Wall Street is likely to hit the bread and butter business of Indian IT services firms—the banking, financial services & insurance (BFSI) sector. With a little over 40 per cent of Indian IT/ITES exports, pegged at $31.4 billion in 2007, coming from that vertical, Indian IT companies are expecting plenty of agony over the next couple of quarters, at least. The questions on everybody’s lips are: how much pain is on the way? And, how long is the pain likely to last?

“It’s too early to say what direct effect the problems at around AIG and Lehman Brothers will have on Indian IT services players. More indirectly, the fallout in some sub-sectors of the financial services industry—namely mortgages and associated activities—means that decisions on new contracts in some areas may be delayed, if not shelved indefinitely,” says Samad Masood, Londonbased analyst with Ovum, an IT services consultancy.

Most IT companies cited silent periods or used “our executives are travelling” lines and shied away from commenting on the situation. Market watchers believe that the top tier of Indian IT firms, including Infosys Technologies, TCS, and HCL Technologies, had very little direct exposure to Lehman Brothers (less than 1 per cent of their revenues).

But rather than the fallout of a few banks going under, what might be a greater concern for the Indian IT services industry is the prospect of a recession—not just in the US, but in other global markets as well. This will result in a slowdown in IT spending in markets like the UK and Continental Europe (along with the US), which have been major drivers of growth over the last couple of years. Exports to the US grew from about $8.7 billion in 2003-04 to $19.2 billion in 2006-07—that’s a healthy growth rate of 30.2 per cent. During this period, exports to the UK grew by 43.4 per cent and to Continental Europe by over 55 per cent.

These markets are in danger as clients become cautious or get gobbled up (as in the case of the recent acquisition of Halifax Bank of Scotland by Lloyds TSB).“Spain, the UK and Italy are officially in recession. France and Germany are about to join the club. Yes, a dip in IT services spending is likely. For vendors, the dip is probably to be expected in 2009 (given that budgets are usually decided in September and prices renegotiated in January). So, I think the IT services industry will live on its long-term contracts until April ’09,” says Paris-based Dominique Raviart, Research Manager with Nelson Hall, a BPO research firm. Indian companies are not panicking; not yet.

“There will be some tentativeness but there’s no need for paranoia. Even the tentativeness will be in sentiment rather than in practice, at least over the medium term. Even when a standalone investment bank comes under greater reporting and governance, it translates to more technology infusion into the organisation,” says Premkumar S, Vice President (Financial Services), HCL Technologies.

Som Mittal, President of industry body NASSCOM, believes that “non-discretionary” spends, which makes up about 70 per cent of IT budgets, will be unaffected over the long term. In the short term, decisions on discretionary spends (like new projects) are likely to be put on hold. Another area of concern for the industry during this bleak period is the increasing sensitivities towards “job losses” due to offshoring.

Is this downturn likely to be as sharp as the one the industry experienced from 2001-04? “It’s hard to say. But overall, it probably won’t be as bad,” says Raviart. “But I think more work will be sent to software factories onshore, nearshore and offshore. There will be more demand for fixed price projects, steep price renegotiations and also more offshoring. So, clients will be using all the levers they’ve to lower their costs,” he adds.

Meanwhile, some see an opportunity in times of adversity like these. Mittal says: “When organisations are growing at 30 per cent-plus annually, there is not too much time to review and change the way things are being done, let alone focus on issues like productivity and efficiency. This is an opportunity to do that.” He adds that the industry body will “wait and watch” for the quarterly numbers of Indian IT companies, which are due to roll out this fortnight before it takes a half-yearly call on whether the 21-24 per cent growth in exports it had projected for 2008-09 will be achieveable. Even for an industry that is used to living life quarter by quarter, the nerves will be jangling like they haven’t in a long time in the days ahead.

From bankruptcy to laughing all the way to the bank