His ability to connect with his clients and deep understanding of issues have helped Gaurav Gupta strike big deals for the likes of the Adani Group. 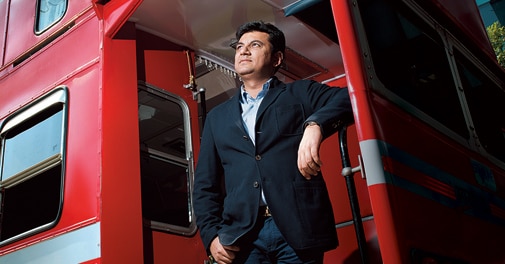 His ability to connect with his clients and deep understanding of issues have helped Gaurav Gupta strike big deals for the likes of the Adani Group. "To connect is very important. The ability to understand softer issues related to an entrepreneur and his company, and then come up with an apt solution which exceeds his expectations, is important to me," says Gupta, who is currently the managing director and head at Macquarie Capital India. He recalls how using his fingers to eat helped him connect with MTR Foods's founder Sadananda Maiya. And the deal, worth $100-million involving MTR Foods and Norwegian company Orkla, saw him put on four kilos.

"Gupta takes keen interest in understanding client issues and offers solutions and advice that are relevant. Over the years he has developed a deep understanding of the infrastructure business in India and its dynamics," says Gautam Adani, Chairman, Adani Group.

Gupta started out with Andersen in 2000 and feels he was fortunate to work for companies that were in their formative phase, as that helped him learn how a business is built. Before joining Macquarie Capital, he was with Rothschild and Lehman and has worked almost in all industries -- health care, consumers and financial services, telecom, infrastructure, real estate and TMT (Technology, Media and Telecommunications). He says his entrepreneurial skills were developed from setting up franchises as well as from the deals he brokered.

FULL COVERAGE: India's hottest executives under 40Ajit Isaac, CEO of  Ikya Human Capital Solution, recalls about the deal where Swiss-based staffing giant Adecco acquired stakes in the PeopleOne Consulting in 2004. "Gupta understands value in a business and also what that value means for a company. He worked very hard to derive the value and did a lot of negotiations himself in that deal. In the end, I can only say we were satisfied," says Isaac.

In mid-2012, Gupta helped Providence pick up a stake in Hathway Cables from media giant News Corp. This was a very proactive and "ahead-of-its-time" deal. Fortunately, the government announced compulsory roll-out of digitisation a few months thereon."His maturity and his ability to form strong relationships with his clients keep him ahead of his peers. He is focused and a very commercial banker," says Biswajit Subramanian, MD, Providence Equity Partners.

Gupta himself is modest about his achievements. "Over the years, I have realised that one can't do everything for everyone. But, whatever we do, we have to be the best," he says and adds that he follows his father's advice, a quote from the Bhagavad Gita: "Karam karo fal ki chinta mat karo." No wonder, the high and mighty of India Inc take him seriously when it comes to deal making.

Aditya Birla's Prashant Gupta has a strategy for every move