Gupta and his team advise Kumar Birla on strategic and operational issues. He says he loves his job, and regards it as his golden period. 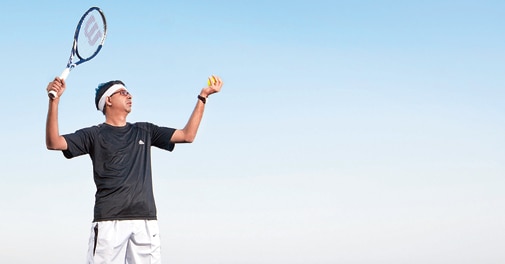 This computer science graduate from IIT Delhi had three options before him in the mid-1990s: a masters degree in the US, an MBA in India, or the civil service. He opted for the MBA. After two years at software major Tata Consultancy Services, he went to IIM Ahmedabad, in 1997, and graduated with a gold medal. He had the choice of joining an investment bank abroad or a consultancy.

"I didnt like the cut-throat, money-oriented banking work culture," he says. He joined McKinsey in 1999. "I owe a lot to McKinsey," he adds. Gupta worked there nearly 12 years. The job was hectic: he travelled often, and meetings kept him busy all day. He dealt with promoters of all kinds. What he liked most about Indian entrepreneurs was their risk-taking ability.

By the end of 2007, Gupta was a partner at McKinsey. By 2010, he was revaluating his career. "I was thinking of opting for a corporate job," he says.

He told his boss he wanted to move by the year-end. By coincidence, he got a call from the Aditya Birla Group the next day. The group wanted him to assist in strategic planning in Chairman Kumar Mangalam Birlas office. There was another competing corporate offer.

"One was an operational job, while the other was purely advisory," says Gupta. After three months of thinking them over, he chose the advisory one. He says with a grin: "There was no job description. I always thought that the Birla Group was more professional." But the transition was smooth, he adds.

Gupta and his team advise Kumar Birla on strategic and operational issues. He says he loves his job, and regards it as his golden period. He adds that Kumar Birla listens a lot and speaks little. That may be why Guptas life isn't hectic any more. After living out of a suitcase during his McKinsey years, Gupta now has a more balanced lifestyle, finding time for badminton, tennis and, of course, his family.

Arun Iyer is unfazed by people who doubt his capability