Some banks have found ways to grow while preserving or even improving the quality of their assets and service. Deterioration in asset quality is a common pitfall of rapid growth for banks, and something 18-year-old HDFC Bank has managed to avoid. Its net revenues grew at a compound annual rate of some 29 per cent over the past five years, yet its asset quality is the highest in the industry.

10
New banks were set up in the private sector after the 1993 guidelines, and two new banks after the 2001 revised guidelines.

For instance, its net NPAs (percentage of bad loans to total loans) is 0.18 per cent - the lowest among 24 banks with a balance sheet of over Rs 1 trillion (a trillion equals 100,000 crore). Executive Director Paresh Sukthankar says this is due to a diversified loan portfolio: retail accounts for 53 per cent of advances, and wholesale corporate, 47 per cent.

"We try and maintain a diversified portfolio," he says. "A few years ago, everybody was gung-ho about infrastructure and power... but our exposure to power has been around two per cent of the total loan book, compared to the industry average of six to seven per cent."

With the economic slowdown and problems in sectors such as power, many companies have restructured their debt in recent years. HDFC Bank's restructured assets are 0.09 per cent of its total loans. It is six to 10 per cent for public sector banks. Sukthankar says NPA levels could "normalise", meaning they could rise to the bank's 15-year historical range of 1.3 to 1.5 per cent. Kotak Securities analyst Saday Sinha says the bank's provision coverage ratio is a "healthy" 82 per cent, and cushions future earnings from deterioration in asset quality. Nearly 94 per cent of Axis Bank's revenue is from interest and fee income. On both fronts, Axis is ahead of its peers. At 28 per cent, average growth in loans and advances is the highest among large banks (balance sheet over Rs 1 trillion) in the past three years. This means the bank increased its net interest income (the difference between interest income from loans and interest expense on deposits). Average fee income grew at a compound annual rate of 27 per cent over three years. Large and mid-size companies account for 53 per cent of Axis Bank's loan portfolio. To balance this, it is trying to increase retail loans.

Some analysts have questioned the bank's high exposure to infrastructure (10.06 per cent) and other stressed sectors. Managing Director and CEO Shikha Sharma says: "Over 80 per cent of our loan book is secured... We expect the infrastructure sector to bounce back since it is crucial for growth." 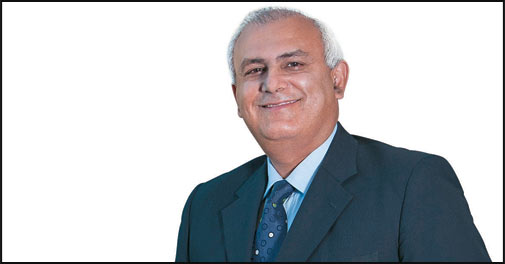 Since 2010, the once-sleepy Ratnakar Bank has been transforming itself. It brought in Vishwavir Ahuja from Bank of America, who brought with him several senior executives. The Kolhapur-based bank has focused on improving technology and customer interface, and a wider presence.

Ahuja raised some Rs 800 crore on a capital base of Rs 300 crore. "Our plan was to upgrade people, systems, processes, technology," he says.

In the last financial year, deposits grew 132 per cent, loans and advances 116 per cent, fee income 219 per cent, and operating profit 496 per cent. Ahuja notes, however, that the bank's low base should be taken into consideration. "We also plan to do some rebranding," he says, adding that an IPO should take about 12-18 months. Sanjeev Mittal, CEO - India, Bank Of Nova Scotia
The India head office of the Bank of Nova Scotia, located in Mumbai, is spartan by the standards of your average foreign bank. The office, which houses the CEO and two other senior officials, measures 750 sq ft. "Efficiency and expense management are the core philosophy that the bank follows across the world," says Sanjeev Mittal , CEO of the India operations of the bank, whose headquarters are in Toronto, Canada.

The bank globally prefers stable banking that brings in a predictable income. "We do not deal in exotic products or volatile stuff," says Mittal. Not surprisingly, the bank has the lowest cost-to-income ratio (0.15) and cost-to-average asset ratio (0.008) in its category. It has a balance sheet of Rs 11,730 crore, five branches and a strong bullion business through its metals division, ScotiaMocatta. In 2011/12, revenues were Rs 515 crore, and profit after tax, Rs 247 crore. The bank wants to expand in India, taking advantage of the growing India-Canada bilateral trade. "We are keen on leveraging the strong metals and mining banking expertise that we have built over the years in Canada," says Mittal.

The bank, also called Scotiabank, was founded in 1832 and is Canada's third largest in terms of assets. It is also the country's most international bank, with 81,000 employees and operations in more than 55 countries. For Deutsche Bank in India, 2012/13 is a watershed year. Its retail banking operations will turn profitable for the first time. Its wholesale banking has been in profits for years. "Globally, Deutsche Bank is positioning itself to be among the top universal banks in the world, with an appropriate mix of investment banking, commercial and retail banking," says CEO Ravneet Gill. Five of the Frankfurt-based bank's 10 biggest markets are in Asia. "India is the fifth most profitable market," says Gill.

The bank has been able to maintain asset quality over the years. The second lowest net NPAs (0.09 per cent) and NPA coverage of 91.5 per cent put the bank at the top of the heap in the mid-sized category. In four years, it plans to increase the share of retail banking in its activities from five to 20 per cent.

Deutsche Bank has 17 branches in 16 locations in India. Its retail businesses include home loans, business banking, and current and savings accounts. In the past year, the bank has also focused on "flow" business such as transaction banking and foreign exchange financing. This has improved revenue stability. Its net profit of Rs 823 crore for 2011/12 was 31 per cent higher than in the previous year. 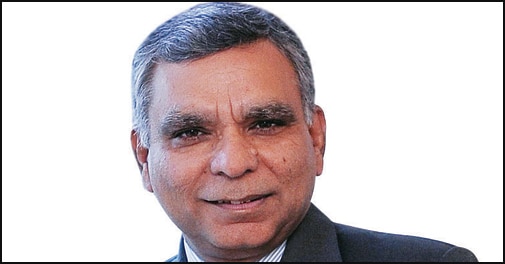 When Singapore-based DBS Bank planned a 'growth boost' for its Indian operations in 2005, it identified a quantum leap in service standards as its unique selling proposition. "We wanted to deliver as we promise," says Sanjiv Bhasin, General Manager and CEO of DBS Bank in India. So the bank built up a strong back end by identifying the right people, technology and consumer-friendly processes.

It is already reflecting in the bank's productivity and efficiency parameters. Costs are low, and this lets it generate higher operating profits per employee. The ratio of operating profits to employees is the second highest at 0.83; the closest rival is RBS with 0.43. DBS has one of the lowest cost-to-income ratios at 0.39, compared to Dhanlaxmi Bank, which trails at 1.25.

The bank's strategy of targeting a list of clients in the high-end, medium and small enterprise segments has been successful. Between 2008/09 and 2011/12, total assets grew 190 per cent to Rs 36,386 crore, and income from interest and fees more than doubled. The focus on the back end has not only spurred growth but also helped improve productivity and efficiency. For 2011/12, the bank, which has 12 branches across India, posted a profit of Rs 336 crore. "We are aiming to be the bank for Asia," says Bhasin. In many ways, JPMorgan Chase markets India to the world. To build up its own global corporate bank business catering to large multinational corporations (MNCs), it held road shows in the US to showcase its capabilities in India, and a seminar on India in China. The bank, with a balance sheet of $3.8 billion in India, also helps Indian companies do business abroad. J.P. Morgan India CEO Kalpana Morparia says: "Companies have to manage interest rate risks, currency risks and liquidity, and we help them." It has 350 MNC and 200 Indian corporate clients. JPMorgan Chase, part of J.P. Morgan India, is one of the few banks in India with no NPAs. Japan's largest bank, Bank of Tokyo Mitsubishi UFJ Ltd, grew in almost all categories at an impressive rate in India, with close to 100 per cent growth in deposits in 2011/12. Fee income grew 132 per cent, and operating profit, 79 per cent.

In its 60 years in India, the bank has expanded its portfolio. It services more Indian companies than Japanese ones today, though its original mandate was to work with Japanese companies in India.

"We are good at getting access to ECB funding for Indian companies," says Michihiro Enomoto, Regional Executive for India. ECB stands for external commercial borrowing. The bank's deposits grew 98.5 per cent in 2011/12.