The fourth edition of the BT-YES Bank survey celebrating small businesses that have beaten the odds. 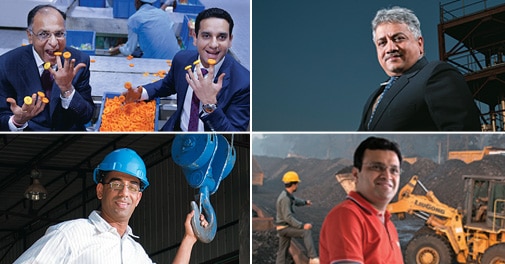 India's economy may be in the throes of a slowdown, but for one small business owner in Faridabad, it does not matter. "I dig a well in the morning so as to drink water in the evening," says J.S. Dua, Founder of Pyramid Control Systems, a Faridabad-based electrical control panel manufacturer. A statement that not only captures the uncertainty he has to perennially cope with, but also sums up the spirit of enterprise that keeps the country's economic engines humming even in a downturn. Dua is not alone.

According to government estimates, India has more than 26 million small and medium enterprises (SMEs), which employ about 62 million people, the largest chunk of the workforce after agriculture. They may be small businesses, but they account for 17 per cent of the country's gross domestic product (GDP) and 45 per cent of manufacturing output.

It has not been easy for them, but many small businesses have managed to ride out the storm. While several big businesses are hurting, smaller players have revealed an ability to find ingenious solutions to problems. Not surprisingly, this sector has grown at a steady clip of 11 per cent for the past five years, higher than the country's overall GDP growth rate.

Despite their key role in the economy, SMEs face big problems. Support infrastructure remains unorganised and equity funding is rare. With so many stumbling blocks, many find it tough to grow and find that they remain at the small and medium level for generations.

Business Today acknowledges their contribution with its annual SME Awards for the best performing small and medium-sized businesses in key areas. The cachet of the BT-YES Bank Best SME Survey and Awards has grown over the years: the number of companies applying for this recognition jumped to 410,000 in 2012 from just 8,000 when the awards were started in 2009. Here is a look at the star performers. 66 reasons for keeping faith in India

Best SMEs: How We Did It