Ajeet Seeds aspires to be a Rs 1,000-crore company in the next three years. 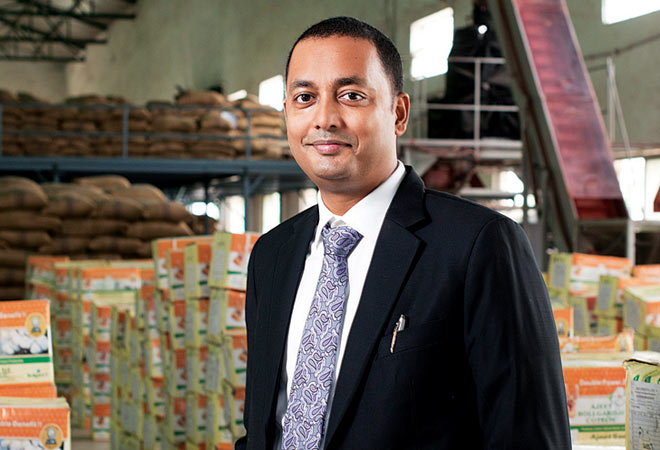 In 1996, Sameer Mulay's destiny was sealed over an evening cup of tea with his father. The then civil engineering aspirant, who was planning to join the family construction business, escaped the concrete jungles and stepped into the open green fields to nurture his father's passion, and Ajeet Seeds.

After completing his graduation from the College of Agriculture, Pune, in 2001, Mulay started working for the Aurangabad-based company. "My father had forayed into the seeds business purely out of passion and was struggling. He wanted me to get professional training in agriculture so that I could help him run the business," recalls Mulay. Today, the 37-year-old MD of Ajeet Seeds feels it was the best thing that could have happened to him.

When he entered the business, it was a Rs18-crore business. "My father used to invest money from the construction business into the seeds business but his friends would discourage him to do so," he says. Mulay worked very hard in the subsequent years to make Ajeet a Rs 422-crore company by 2013/14, and, hopes to breach the Rs1,000 crore-mark in the next three years, considering that he says it is now a Rs 700-crore entity.

One of the largest producers of cotton seeds, including hybrid variants, Ajeet caters to 15 Indian states. And, innovation has been key to its success. Like any other company in the seeds business, it had to indigenously come up with variants that would fend off pest attacks. However, for a company based in the rain-starved Marathwada region, the bigger problem was water.

In 2006, Mulay launched Ajeet 155, a genetically modified (GMO) seed, which could survive both pest attacks and grow in conditions with less moisture, in collaboration with Monsanto Mahyco. While the earlier variant, Ajeet 11 could keep away bollworm attacks, which affects 70 per cent of cotton crops in India, Ajeet 155 not only kept the pests at bay but was also tolerant to sucking pests. "A farmer who uses Ajeet 155 needs to do a pest control spray only once, compared to other seeds that would require pest control sprays at least four times. This helps the farmers immensely," says Mulay.

The Ajeet 155 launch got the company back to profitability in 2008, and the period 2009 to 2013 turned out to be its best years, growing consistently by 10-15 per cent year-on-year. Jagannath V. Kale, a seed distributor, says: "Its focus on quality has given it a clear advantage over competition. It produces seeds as per the farmer's needs and that has worked in its favour."

However, according to G.V. Bhaskar Rao, MD, Kaveri Seeds, the biggest challenge for Ajeet is its over dependence on cotton. Mulay agrees: "I had realised it way back in 2006 and, therefore, forayed into seeds such as bajra, corn, wheat and vegetables. Despite doing so, almost 70 per cent of the company's revenue today still comes from cotton." He is determined to reduce it to 50 per cent in the next three years.

Mulay has been tying up with foreign universities to develop paddy, corn and vegetable seeds since 2011. "We want to first make our research base strong. It takes five years to evolve a hybrid for any crop," he says. In 2012, Ajeet started a rice research station in Hyderabad. "We should be ready for all variants of rice in two years that may be in demand from any part of India."

Droughts and fluctuating cotton prices have strengthened Mulay's intent even more to diversify. As cotton prices fell 50 per cent in the past year to Rs 3,000 per quintal, farmers preferred to plant pulses as first rains arrived in June, as it was a more lucrative proposition. Hence, the acreage of cotton dipped 20 per cent this year. It's a different matter that after the June downpour, the rain gods have completely evaded the Marathwada region. "We need to take care of this last moment changes in cropping patterns, for which we need a basket of products," says Mulay, adding that his revenues could dip slightly this year.

Mulay wants to make Ajeet resistant to such uncertainties by launching new products. "We are coming up with seeds that require less moisture and are tolerant to drought." Raju Barwale, MD, Mahyco Seeds, says, Ajeet has already established itself as a quality seeds company, but it must attract good talent and build a professional team. "It is now looked upon as an organisation where the owner calls all the shots. Now it should make itself aspirational to attract good talent," he says.

*The earlier version of the story spelt Raju Barwale's name incorrectly. It has been corrected now.