This is Business Today’s Third Annual Listing of hottest start-ups and, pretty much like the two previous lists in 2007 and 2008, this listing is also completely subjective. 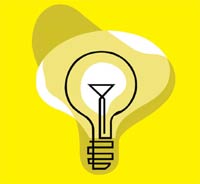 This is Business Today’s Third Annual Listing of hottest start-ups and, pretty much like the two previous lists in 2007 and 2008, this listing is also completely subjective. But we did not put the names of the companies—drawn by a host of venture capitalists, consultants and even our reporters—on a board and throw darts at them. Nope, we took a long hard look at all the names we got— and we got a lot—and we looked at how viable these businesses would be. So, while a company might have some great guys working for it and a solid idea, we looked at whether it would still be around by the time Business Today’s 20th annual list of Hottest Start-Ups comes about.

Did we have any criteria? Yes, we did. All companies, save one, on our list are around three years old or younger. Though MeritNation is rather old, the company changed totally in 2007, keeping the old name but little else. The second is that the company has to be an “Indian” company: some nominations were great and did all their business in India but were registered abroad.

The third criterion, as we explained, is survivability and that involves doing something new in India. Not reinventing the wheel by creating “India’s Facebook” or “Twitter for India”— those services already exist and are called Facebook and Twitter, respectively, and the lack of borders on the Internet mean that Indians use them far more than local social networking sites. All our companies are doing products—in hardware, software, services or healthcare— uniquely honed for India.

We are pragmatic enough to realise that we might get some wrong. Our companies in the 2008 list (page 106) have had to change their plans, because the world has changed (and how!) since this time last year. But we are sure that our class of 2009 will not just survive the slowdown but are going to be the standardbearers of India Inc. in the future. Bio-blockbusters: Chatterjee (L) and Iyer Rodrigues
Inbiopro, set up with the aim of taking potential blockbuster molecules from biotech firms and building them up to the preclinical and clinical trials stage, broke even within a year and has already delivered three molecules for trials. Two founders—Chief Executive Sohang Chatterjee and Chief of Operations Kavitha Iyer Rodrigues—have worked together in biotech, while a third, Aditya Julka, had worked with them at consultants McKinsey & Co. and then at Millipore and Avesthagen, both lifesciences and biotech firms.

“We are focussed on capability rather than products,” says Chatterjee, “we provide a sizeable difference in time-to-market and costs to our customers.” Inbiopro works for the emerging markets, touted as the next big thing in pharma.

It has attracted two rounds of venture capital investment from Accel India and is using some of the money to upgrade and expand its labs in Bangalore, but it is in no hurry to expand—its two-floor office in the industrial suburb of Peenya houses fewer than 20 people. The focus: executing complicated projects.

“All three founders have the required skill and experience,” says Prashanth Prakash of Accel India. Inbiopro has never missed a trick when it came to cutting costs and hitting break-even: it began life in an apartment owned by Iyer Rodrigues’ parents and tapped them (both are IIM professors) for their business plan. Today, it is located in a nondescript office building, not in Bangalore’s expensive central business district. “We’re not a page 3 company,” says Chatterjee, “we’re happy flying under the radar and focussing on the bottomline.” Jagdish Khattar
A Start-up after retirement? Trust Jagdish Khattar to do it. The man who became synonymous with the Maruti Suzuki success story decided to change the way Indians maintain their cars. Just weeks after stepping down from Maruti Suzuki, in December 2007, he set up Carnation, which is to be a chain of service centres that can handle 80 per cent of the models and makes on Indian roads. “In developed markets the concept of a branded service player is well-established. In India, other than Maruti and Tata Motors, manufacturers do not give their owners much choice but to go to dealerships to get their vehicles serviced… owners end up with unlicensed neighbourhood mechanics,” explains Khattar.

Carnation’s first outlet is in Noida and Khattar plans to have a nationwide presence by the middle of next year. “Insurance companies and large car fleet operators have come to us as we can save them massive amounts of money,” Khattar says. Carnation isn’t going to be only about service: Khattar plans to foray into car sales and mechanic training schools. Sometimes, with start-ups, no matter how good the idea, experience matters. And Khattar has plenty. Little wonder, then, that the name Carnation has the tag, “A Jagdish Khattar Initiative”.