The first paradigm shift in transportation in over 100 years since the airplane could connect Mumbai and Pune in this decade, revolutionising travel across the globe
Virgin Hyperloop one Print Edition: August 23, 2020 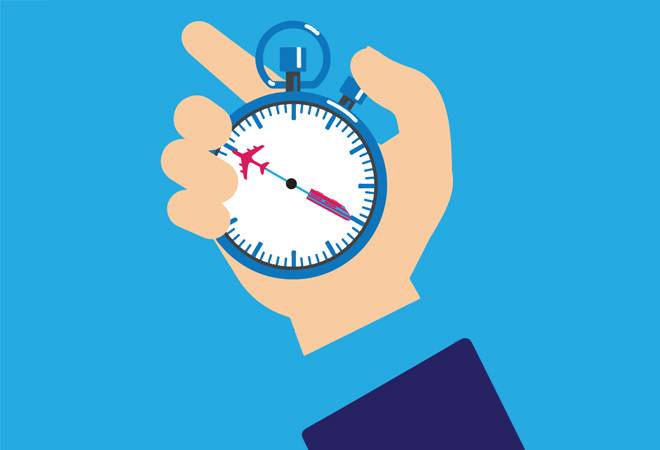 As the world struggles to emerge from an unprecedented lockdown that shut down most of its transportation, the choices we make about our ability to move may change the world.

Sadly, major innovation is often paired with moments of crisis. In these moments, where we are shaken from the status quo, we must think differently. After decades of working in transportation, I can tell you that the plans we make now about the way we move will dramatically change the face of our planet and our people. We cannot afford to just rebuild, we must evolve.

When I was a kid, I used to ride the New York subway with my father. We would try to get in the first car and I would stand by the window at the front. My father would lift me up so that I could see outside and we would pretend I was driving the train. 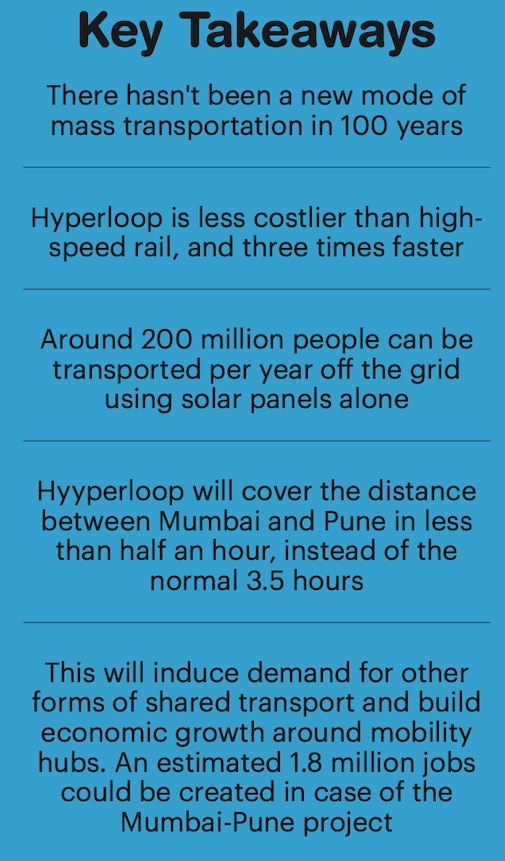 Nearly 50 years later, I didn't just find myself driving the train, but I was running the entire New York transit system. Was this my dream job? You better believe it. This was my hometown.

However, the nature of being the CEO of the New York Subway is that you are limited by a system built decades ago (120 years, in the case of New York). So, incremental improvement is the best you can do. And that shouldn't surprise us. Most change in life is incremental.

But people now want, and need, more. Transportation has just not kept up over the past few decades. Maybe we've forgotten how significant the invention of the train or plane was for society. The train turned a trek that took months into days, and when the plane was invented, journeys that took weeks started taking hours. It has been too long since we've seen a massive breakthrough, a paradigm shift. It's time we planned the next one.

This type of paradigm shift is easier said than done. Currently, even our high-speed transit runs on tech invented decades ago. We haven't seen a new mode of mass transportation in 100 years. Think about how crazy that is! From the computer to the mobile phone, in no other part of our lives do we put up with technology that hasn't evolved dramatically.

21st century problems deserve 21st century solutions. We need to invest in transport to meet our needs and values in an ever-growing urban environment - one that bolsters sustainability, increases accessibility and promotes manageable growth.

For Hyperloop, we had to think about all of these things. Embedded in our technology is a new way of thinking about mass transportation, one that meets not only energy demands but also consumer demands of the coming century. For less cost than high-speed rail, let's go three times as fast. For the same speed as an airliner, let's use 10 times less energy. Let's build a 100 per cent renewables-powered electric system that is on-demand and goes direct to your destination.

Imagine, in India, we can transport a couple of hundred million people a year completely off the grid using solar panels alone. This isn't science fiction - it is a reality that can happen in the next decade. It's the giant leap forward that we desperately need.

To put it in perspective, let's look at an opportunity right here in India between Mumbai and Pune. The Virgin Hyperloop system can meet this growing demand by supporting 200 million passengers annually. We can move the masses, and we can do it fast. Instead of 3.5 hours to get between these two cities, the Hyperloop will do it in less than half an hour. As a side effect, the implementation of a regional Hyperloop could reduce local greenhouse gas emissions by up to 1,50,000 tons annually. Now, imagine this at scale all around the world.

But it isn't just about Hyperloop. Our giant leap forward in infrastructure will induce demand for other forms of shared transport and build economic growth around mobility hubs. In case of the Mumbai-Pune project, we would create an estimated 1.8 million jobs.

How do we know that? By looking at our recent past. The cities that have risen in the 20th century have been connected to ports, rail, airports - and we have no reason to doubt that an investment in Hyperloop can do the same.

What we need to accomplish isn't easy - it requires innovation, time, money, but the returns are massive. We only have to look at our history to see that. For this isn't just transportation, it's transformation.