How the Banks Were Ranked

The data to rank the banks was taken from published annual reports of the banks as well as the Reserve Bank of India's 'Profile of Banks, 2012/13'
Print Edition: Dec 8, 2013 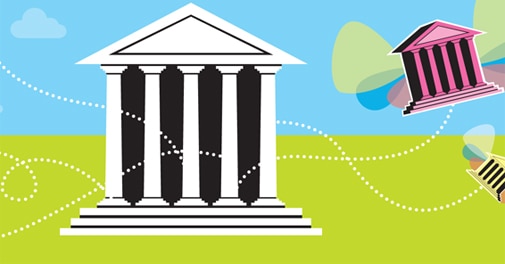 The data to rank the banks was taken from published annual reports of the banks as well as the Reserve Bank of India's 'Profile of Banks, 2012/13'. The data considered was for the period 2009/10 to 2012/13. The ranking covers 65 scheduled commercial banks that provided their annual reports at the time of conducting the study. Scheduled commercial banks whose financial statements were not made available to us or have not yet completed four years of operations, did not qualify for the study. For banks having zero non-performing assets (NPAs), the provision coverage ratio was considered to be 100 per cent, thus assigning them the highest rank in that category.

SIZE:
The sub-parameters were three: size of total deposits, size of operating profit and size of balance sheet for 2012/13.

STRENGTH:
There were four overarching sub-parameters, each with further sub-divisions.

THE PROCESS:
The banks were grouped in four sets.

Set C1: Six banks with 10 or less branches and balance sheet size more than or equal to Rs 10,000 crore;

To compute a bank's total score, it was assigned a score for each of the 29 sub-parameters. The score under each parameter was multiplied by the parameter's weightage. The results were aggregated to arrive at the total score.

Most Powerful Women in Indian Business