She has made her mark as a capital market lawyer, but is not ready to rest on her laurels
Sunny Sen | Print Edition: Sep 15, 2013 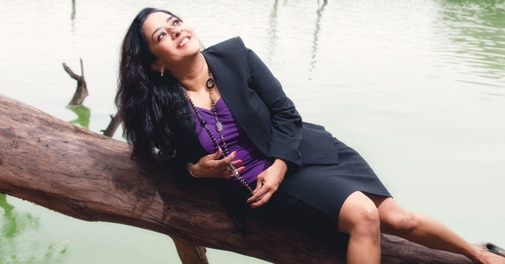 It is a regular Saturday afternoon. Madhurima Mukherjee has just had lunch and is comfortably perched on a couch in the drawing room of her house in South Delhi's Geetanjali Enclave. She appears relaxed as she watches her husband play with the kids. But beneath her calm exterior, she confesses to feeling uneasy lately.  Her worry? "The capital market has been so volatile and is crashing every six months. As I grow older this troubles me more and more," she says.

Mukherjee, a 39-year-old Partner with Delhi-based law firm Luthra & Luthra Law Offices, is often referred to as the "queen of capital markets". In the 16 years of her legal career she has been part of some of the most high profile capital raising efforts in the country. Even in the last financial year, not a particularly good one for public issues, she helped companies raise Rs 18,389 crore.

A law graduate from the National Law School, Bangalore, she joined the profession in 1997, when Amarchand Mangaldas, the country's largest law firm, hired her through an on-campus placement. She spent her initial years there honing her skills as a capital market lawyer, specialising in raising equity.

When Mukherjee moved to Luthra & Luthra six years ago, the firm had hardly any capital markets business. She was entrusted to build a team and a business virtually from scratch. Today, her team is considered one of the best in the country.

Perhaps Mukherjee's biggest success to date has been the Coal India Initial Public Offering (IPO) in 2010. The company chairman, Partho Bhattacharya, was initially sceptical of her ability to manage the issue. "How can I explain things to you, you are half my age," he had told her. Mukherjee asked him to "give it a shot". Coal India eventually raised Rs 15,199 crore, in what has become the country's largest IPO so far.

Despite her reputation, Mukherjee is not content to rest on her laurels. "If you want to be the lawyer generations after you talk about, you need to be a trusted advisor, too," she says. She is working hard to assume this role, her model being  Zia Mody, Managing Partner of AZB & Partners. Mukherjee's success is all the more remarkable as the legal profession is still largely dominated by men. She says that often at work, in a room full of men, she is the only woman. "I am representing a narrow segment of the profession," she adds with a smile.

Tags: Madhurima Mukherjee | Most Powerful Women in Business in India