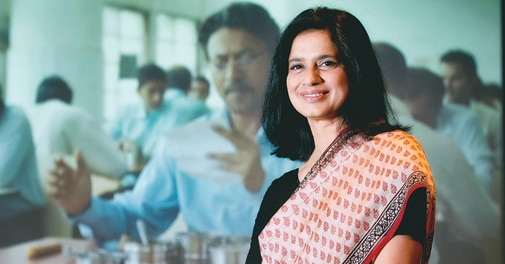 National Film Development Corporation (NFDC) has come full circle. In the 1970s and early 1980s, it was the driving force behind what is often called India's art house or parallel cinema. The state-run agency backed directors such as Mira Nair, Ketan Mehta and Kundan Shah to make timeless classics such as Salaam Bombay, Mirch Masala and Jaane Bhi Do Yaaro. But it lost its way in the following decade. Bureaucratic apathy plunged the company tasked with promoting Indian cinema into the red and made it almost defunct.

The situation, however, has changed again in the past five-six years. NFDC is again producing movies which win acclaim the world over. It is also back in the green. And the person leading the turnaround is Managing Director Nina Lath Gupta.

How did she revive NFDC? Gupta, 48, took over as MD in 2006 after quitting the Indian Revenue Service. She knew she had to make some tough decisions to put the company back on its feet. She cut the number of staff by half to about 100. She closed three offices - in Guwahati, Secunderabad and Bangalore - in 2007. After the restructuring, she hired investment bank SBI Capital Markets to raise Rs 46 crore in 2010.

Gradually, NFDC resumed its support to alternative cinema and little-known filmmakers. Through its Film Bazaar initiative, launched in 2007, it tied up with buyers and sellers of movie rights and promoted its movies at festivals. It signed co-production deals with filmmakers and production houses. In March 2012, NFDC launched its Cinemas of India distribution brand to release its old movies after picture and sound restoration. NFDC has so far released 70 movies under the brand and plans to launch a voice-on-demand platform online. It also set up NFDC Labs to impart training to writers and directors.

Singh says Gupta is particular about the movies she picks. She knows what's happening in world cinema. "She will back a film if it has content, and scope outside India. My film, with a limited release, did well overseas in many festivals," he says. "I don't know where I would've gone had NFDC not backed my movie."