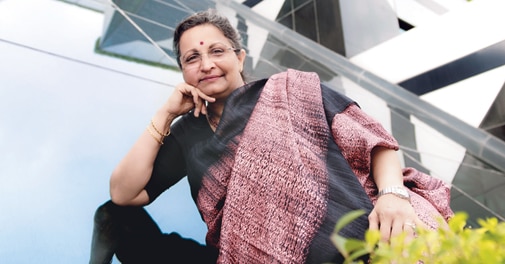 I joined HDFC Ltd in 1978, when I was 26. It was my first job and I rightly feel that I grew with the organisation. (HDFC was formed in 1977). Having said that, I can point to two breakthrough moments in my career which charted a new course for HDFC as well. They were changes in the way we did business. They led to a change in the mindset of all of us at HDFC. We took time to make these decisions, but now they contribute substantially to our business.

Today, housing loans are a commodity. With just one click of a mouse, a customer can avail a housing loan. When we started, customers used to come to us with great expectations and anxiety. The big question was: would they get the loan or not? The amount used to be a maximum of Rs 70,000. But it meant a world to them. If they were granted the loan, they would come to us with invitations to be part of their house warming. The effect was phenomenal. Customers from towns such as Agra, Meerut and Kanpur would come to Delhi for loans.

In the mid-1980s, when I was in middle management, we conceptualised the idea of delivering loans at a point of contact by creating spokes. The need to spread out, and be present where our customer was, steadily grew. The only way to expand was by setting up branches. But a conventional branch would entail a staff strength of 25 to 30 people. This was not viable in a small town, as the business matrix was different and evolving. Thus we introduced the hub-and-spoke model.

The first spoke was just a customer-facing office operating with two to three staff members. The customer would come to the office in his town and he would deal only with that office, but all the work would be done out of Delhi. Our first out-of-city spoke was in Kanpur and the first in-city spoke was at the India Habitat Centre, Delhi. The job at the HDFC spoke was to make sure the customer felt he was wanted and was being heard. The spoke collected the papers and sent them to the main office. This was well before technology advancements happened. The files would be sent from the spoke via couriers to the hub and, after processing, hubs would send the files back to the spokes.

Gradually, a spoke became a branch depending on the business it could generate. As a result, we could open multiple offices. This method of expanding and reaching out to the remotest corners where our customer was, in the most cost-effective manner, has proven to be an asset for us. Tier-II cities today contribute 40 per cent of our business. These cities started giving us more business and more satisfied customers. Our reputation spread by word of mouth and more people started coming to us. Today, we have 25 hubs and close to 250 spokes.

The second change was more out of a necessity. It entailed changing HDFC's mindset. We never believed in using an intermediary between us and the customer. Having a connect with the customer was always cardinal for us. However, 10 years ago, with growing competition, we were confronted with a situation where other banks started sending their representatives to sell home loans at customer's homes and offices at their convenient time. It started impacting our business.

We resisted having agents initially. That resistance did not work well for us. It took us two years to come around. However, we decided to do things a bit differently. We decided the agent would not be us. He would remain an agent, he would represent us, collect the papers, help with the formalities but the decision to give the loan and the loan amount would remain with us. We still insist on meeting the customer when we are giving the loan.

We started with a couple of agents in Delhi. But we soon realised that we needed a set of people who felt a sense of affiliation with us. That led us to start our sales company, HDFC Sales, a 100 per cent subsidiary of HDFC, seven-eight years ago. The idea was to make these people feel a part of the company. Now they have a career path well laid out. As a result, we had our own people, who saw a career with us. Therefore, the chances of their overselling were fewer. Today, 49 per cent of our business comes from HDFC Sales.

Looking back, I can say with satisfaction that I was part of the core team that conceptualised and implemented these ground-breaking ideas for the organisation.

How Vanitha Narayanan came to head a tech firm in India

How Renuka Ramnath made a fresh start after ICICI stint