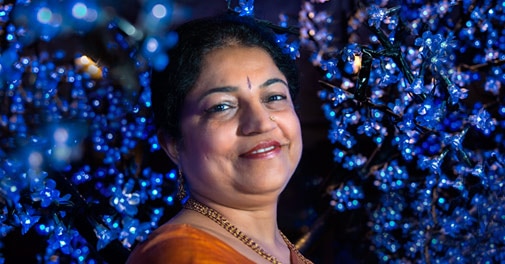 It isn't easy to find the Indian School of Business (ISB) campus in Mohali which opened less than two years ago. Tucked away in a corner of this city  near Chandigarh, it isn't as well-known as its counterpart in Hyderabad. But perhaps not for long. Sukhbir Singh Badal, Deputy Chief Minister of Punjab, says this campus will soon be a Mohali landmark.

His confidence isn't misplaced. Another person convinced about Badal's vision is Savita Mahajan, Deputy Dean of ISB and former CEO of the Mohali campus. And she should know. She's the one who made the Mohali ISB one of the country's leading management schools.  "It was a challenging job. More than the construction of a world class campus, we had to meet the aspirations of the students," says Mahajan. "They were apprehensive, and asked if they could be shifted to the Hyderabad campus. I am happy that from the first year placements from the Mohali campus were better than Hyderabad."

Mahajan, 54, says nurturing a project from scratch excites her and this is what she has done all her life. An IIM Ahmedabad graduate, she began her career with Maruti Udyog at a time when the company was still small and looking for a joint venture partner. "I find it is easier to learn good things in smaller organisations. Right from sending and receiving fax messages to the Japanese (Suzuki Motors), I remained part of corporate strategy development," she says.  "When you see your seed growing into a fruit-bearing tree, it gives you immense pleasure and a kick."

Mahajan, 54, has been associated with the Mohali ISB since work on it started in 2001. She was roped in for the job because of her expertise in strategy and organisation development during earlier stints with Bharat Technologies, Karvy Consultants and Intergraph India. She was part of the negotiations with the state government on starting the business school. "Since I could speak Punjabi, it helped me to get my work done," she says. "Initially, people tried to take me for granted, but soon they realised I am a no-nonsense lady, and things fell in place. I am sure things are on right track here."

She feels being a woman has not been a stumbling block. "I always believe and also tell female executives, you know you are good, your boss also knows  you are good. But in his mind he might think you have other constraints," she says. "If one is convinced, one must take things head-on. In my case it worked."

Her former boss agrees. Maruti Suzuki Chairman R.C. Bhargava remembers her as "very bright, very professional".  He says: "She was very thorough in whatever she did and was quick to understand what was needed to be done. I did not need to repeat things for her to understand what I wanted."