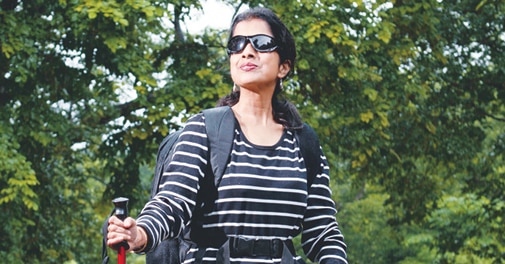 Shanti Ekambaram says she used to "haggle over interest rates" with Uday Kotak when she started her career about 25 years ago at Canadian lender Bank of Nova Scotia. Kotak, now executive vice chairman of Kotak Mahindra Bank, was heading brokerage Kotak Securities at the time. After a short period with Bank of Nova Scotia, Ekambaram got offers from Deutsche Bank and Standard Chartered Bank. "I was ambitious," she says. But Kotak roped her into Kotak Mahindra Bank, where she has stayed ever since. "Shanti has grown in stature over the years and has played an important role in building our corporate and investment banking businesses," Kotak told Business Today via email.

As president of corporate banking at Kotak Mahindra Bank, Ekambaram, 50, looks after the biggest profit contributor at the lender. Pre-tax profit from corporate banking jumped 21 per cent to Rs 1,211 crore in 2012/13. The bank's total pre-tax profit was Rs 1,972 crore. An avid traveller, Ekambaram also heads the bank's investment banking unit, which improved its performance last fiscal year despite difficult conditions in equity and debt markets. Pre-tax profit at the unit more than doubled to Rs 23.53 crore in 2012/13.

Unlike some rivals like Bank of America, Ekambaram hasn't gone in only for a few big deals and rich clients. Her team has been casting the net wide to add clients from newer sectors. The investment banking unit completed 16 stock-market transactions in 2012/13. This included share sales of state-run NTPC and Steel Authority of India Ltd as well as the initial public offerings of Bharti Infratel, PC Jeweller, CARE Ratings, and Speciality Restaurants. In the debt market, Ekambaram helped Piramal Healthcare raise Rs 1,800 crore and HPCL-Mittal Energy mop up Rs 1,000 crore through bonds. She led 19 major merger and acquisition transactions as well.

What sets her apart? Her greatest strength is her "ability to persuade somebody and bring that person on board," says Bharat Doshi, Group Chief Financial Officer at Mahindra & Mahindra, who worked with her on the automaker's recent alliance with Spanish company CIE Automotive.