Infrastructure is one sector where opportunities missed aren’t opportunities lost—not at least for the investors. BT presents a snapshot of prospects across a few key sectors. 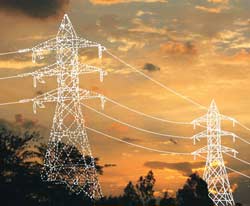 On March 11, about 100 school children showed up outside the office of the Bangalore Electricity Supply Company at Bharatinagar in Bengaluru bearing gas lamps. They carried posters that read: “If we fail, Mr. C.M. you are to blame.” and “Are we living in the dark ages?” They were protesting the untimely 2-hour power cuts just ahead of annual exams.

The infrastructure in the IT capital of India, much like that in rest of India, is inexcusable. Most of Bengaluru’s famed techies spend a minimum of two hours every day commuting to and from the Electronic City. “It’s hardly 20 km from the heart of the city, which would take half the time in London, New York or Paris,” says Mohandas Pai, a Bangalorean and the HR Head of Infosys. His frustration is understandable: An efficient transit system could save 25,000 man-hours every day for the IT titan’s staff.

If built quickly enough, it could also buffer the economic slowdown by generating demand for a variety of raw materials, equipment and manpower. But the Bangalore Metro Rail Corporation (BMRC) project was only sanctioned in 2006 after being on the drawing board for a quarter century. “Barring a 10-month delay in the first stretch, called Eastern Line or Reach One from Bypanahalli to MG Road due to land-acqusition issues coupled with poor performance of the contractor, the project is running on schedule,” assures N. Sivasailam, MD, BMRC.

The target-completion date is 2012, but few are betting on it being met. The Bangalore Metro is amongst the few lingering projects that transitioned from the planning stage onto the ground under the UPA. The UPA government will end its tenure with a very poor record in infrastructure development. In five years, power shortages haven’t eased. The ports are even more congested. Urban infrastructure is caving in. 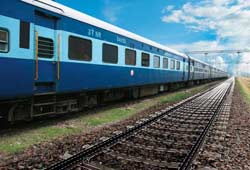 But when it comes to infrastructure, opportunity missed is not opportunity lost but opportunity passed on for the future. Infrastructure is the only sector which is not facing any slowdown because of the enormous demand-supply gap. The honey pot is already drawing the bees. Take power-equipment maker BHEL, which is working to raise its manufacturing capacity by 50 per cent by December 2009 and double it by December 2011. “There is no recession in the power sector,” says BHEL’s Chairman & Managing Director K. Ravi Kumar. The next few years will see the entry of many new players, including Alstom, Bharat Forge, Larsen & Toubro and Reliance in the power equipment and turnkey project manufacturing arena. Most of them are undeterred by the global economic downturn. India’s infrastructure is a sweet spot even to global companies. Last month, a BHEL-GE combine emerged the lowest bidder for an Indian Railways’ contract for 1,000 locomotives. Though the ownership of the project is not still clear, it will create a world-class manufacturing facility in Marhowra, Bihar. 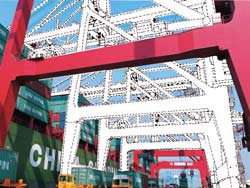 Given that demand is growing and the supply side is ready to go, infrastructure could provide a robust foundation for building the trajectory for the return to high growth. It’s not that the government machinery hasn’t realised the importance of tapping the infrastructure deficit to beat the slowdown. Red tape and corruption, though, are likely to remain just as crippling. Cabinet Secretary K.M. Chandrasekhar is reportedly seeking the Election Commission’s nod to keep the pipeline of infrastructure projects flowing unhindered during the General Elections and the transition at the Centre.

Funds are not the problem. The Interim Budget presented in February provided a 72 per cent increase in spending (from Rs 6,866 crore in 2008-09 to Rs 11,842 crore in 2009-10) under the Jawaharlal Nehru National Urban Renewal Mission. Between August 2008 and January 2009, the government approved 37 infrastructure projects worth Rs 70,000 crore. “Work on projects will not stop, in fact, preparatory work is underway in the infrastructure ministries,” assures Gajendra Haldea, Infrastructure Advisor in the Planning Commission. The road sector could be amongst the biggest beneficiaries as the NHAI is expected to put up 19-road projects worth Rs 21,455 crore for tendering in the next six months. The size of the opportunity is as big as the size of the shortages.

Roads, power generation and ports are especially attractive. True, the 18 per cent peak-power shortage that persists despite the additions to the generation capacity imposes huge costs especially on industrial users.

Paper makers in Uttarakhand, for instance, go with 20 per cent less power during peak-usage months, paying Rs 4.5-Rs 5 per unit against the captive power cost of Rs 2.10 a unit. For power companies, such as equipment-maker BHEL, however, the deficit holds huge profits. The zero-debt, $2-billion cash surplus PSU’s order book has grown more than 20 per cent this fiscal alongside a 25-30 per cent jump in sales.

Smaller companies are getting a slice of the pie, too. The earthmoving equipment industry has the potential to grow five-fold from its current size of $2.3 billion to about $12-13 billion by 2015, growing at 24 per cent average rate of growth, says Raman Joshi, Director of Marketing in the Asia-Pacific region at the Manitowoc Crane Group. And there will be indirect beneficiaries, too. Banks can earn return on equity of 20-35 per cent (compared with 10-11 per cent plain vanilla RoEs) by shedding their debt focus and moving up the value chain, according to McKinsey. The UPA’s numerous failures comprise the honey pot. For instance, it could not complete any of the 47 projects in the second phase of the North South-East West Corridor.

The auction process for cargo-handling projects, such as the Rs 1,407-crore container terminal planned at the Ennore Port in Tamil Nadu, got mired in litigation. Even Indian Railways, which succeeded in nearly quadrupling its annual cash surplus to Rs 20,103 crore, floundered on major expansion plans. It couldn’t make much progress with the $6 billion locomotive-manufacturing facilities in the Railways Minister’s home state, Bihar. The modernisation of the New Delhi Railway Station did not take off. Now is the chance to push them all. The potential gains are enormous. In 2006, improved infrastructure made it possible for the Coca-Cola Company to move its Africa group headquarters from Britain to South Africa. India, on the other hand, lost a new Intel chip assembly plant to Vietnam.

That’s because India doesn’t build infrastructure ahead of demand. Rather, we build it typically after the bottlenecks emerge. That too, if an individual adopts a project— the only successful projects are those that got Godfathers—be it aviation minister Praful Patel for key airports or the Delhi Metro Rail Corporation Chief E. Sreedharan.

“It doesn’t take money to build infrastructure for raising the quality of life. It just needs some thinking and good management to clean up Bengaluru’s filthy roads,” says Pai who misses the Bangalore of his growing-up years when he walked 5 km every day to school. “Otherwise, it will be a fate of birth that we are suffering because we were born in India.”

— With inputs from K.R. Balasubramanyam

How to end poverty in India