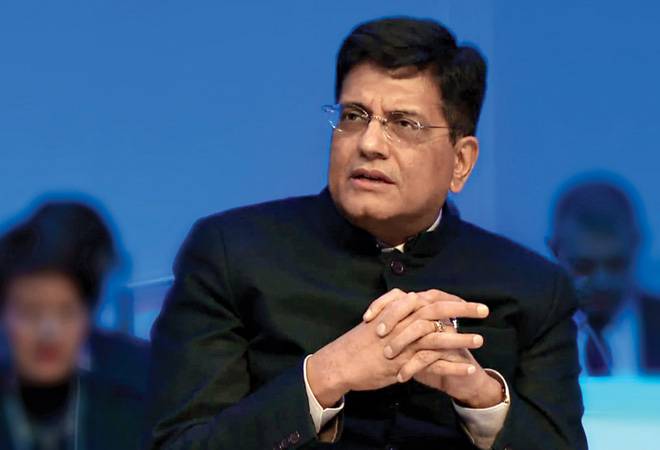 Every January, the snowy slopes of Davos in Switzerland emerge as the ultimate networking spot for global movers and shakers. This year at the 50th edition of the World Economic Forum (WEF), Klaus Schwab, Founder and Executive Chairman, came up with a Davos Manifesto that states companies should pay their fair share of taxes, show zero tolerance for corruption, uphold human rights throughout their global supply chains, and advocate for a competitive level playing field.

That's an admirable agenda to start off from. The leaders at WEF this time round included a whole host of leaders from US President Donald Trump and Swedish teen environmentalist Greta Thunberg to the CEOs of some of the world's largest corporations. India had a large delegation led by Commerce and Railway Minister Piyush Goyal and close to a 100 CEOs.

The focus of the WEF this year was on establishing stakeholder capitalism as a way of addressing the world's greatest challenges, from societal divisions created by income inequality and political polarisation to the climate crisis.

Speaking at Davos, Gita Gopinath, Chief Economist, International Monetary Fund (IMF), said, "We see India recovering. There is a significant recovery coming in the next fiscal. There is a fair amount of monetary stimulus in the system, corporate tax cuts are also there - these should help with recovery in growth."

The IMF lowered India's growth estimate to 4.8 per cent for 2019 due to stress in the country's non-bank financial sector and weak rural income growth. It expects growth to be 5.8 per cent in 2020 and 6.5 per cent in 2021. For the world economy, IMF sees growth at 3.3 per cent in 2020 compared with 2.9 per cent in 2019. However, Gopinath added that the current economic slowdown in India was the primary reason behind global growth estimates being downgraded in the latest World Economic Outlook, which slashed global growth projections for 2019. According to her, the government must take measures to re-stimulate growth while ensuring that the non-performing assets (NPAs) issue is not further intensified.

Most Indian business leaders at Davos, however, had a different view. They were not overtly pessimistic about the growth prospects of the country in future years. Some measures taken by the NDA government in its first term such as demonetisation and introduction of the goods and services tax (GST) have resulted in small businesses getting hit badly. But with the government trying to clean up India's debt laden state-owned banks and using the Insolvency and Bankruptcy Code to sell highly indebted companies, are expected to start showing results in the not-too-distant future.

However, while India is keen to be a major part of global supply chains, larger participation may be possible only if regulatory practices are more balanced. At Davos, Goyal said India was not willing to engage with the Regional Comprehensive Economic Partnership (RCEP) unless there's "greater degree of transparency". This could happen only if member nations engage in "open government and regulatory practices" and provide "greater market access for Indian goods and services on a reciprocal basis", he said.

Describing RCEP in its current state as an "unbalanced trade agreement" that was not fulfilling its guiding principles, he said India could not participate in it. "We aren't negotiating trade with deadlines and in a hurry. The FTAs (free trade agreements) that were entered into from 2009-12, sadly did not have as many stakeholder consultations as our government is doing," he added.

US President Donald Trump also spoke in a positive note about the US economy. In his keynote address, Trump lauded the country's economy, telling business and political leaders that the US's economic turnaround had been "nothing short of spectacular".

Where there is Trump, climate change cannot be far behind, considering that he withdrew the US from the Paris climate accord. In stark contrast, Greta Thunberg said that while her campaign has been accepted across the world, "nothing has been done" to save the planet. Thunberg has managed to mobilise young people globally and put climate change at the top of the global agenda. That's a huge achievement.

Speaking at a session on 'Safeguarding our Planet', Anand Mahindra, Chairman, Mahindra Group, pointed out that India is on track to meet the Paris commitments, adding that climate change is about staying alive.

On the Recovery Path

Over 100 Indian CEOs and several political leaders attended the WEF Annual Meeting, where the theme this year was 'Stakeholders for a Cohesive and Sustainable World'. Overall, the Indian corporate sector expects the economy of the country to recover in the coming two to three quarters from the ongoing slowdown.

While the IMF said that a sharp decline in the Indian economy pulled down the global growth forecasts for 2020, India Inc representatives at Davos felt it was important to focus on medium- and long-term outlook and rally together as a country. Tech Mahindra CEO C.P. Gurnani said it was very unusual that a growth rate which was running at 8-10 per cent was now at 4-5 per cent, impacting the global growth rate. He stressed that the focus should now be on the future course of action. "What's more important is our outlook in the medium and long term, and not what we are doing now," Gurnani added.

Mahindra and Mahindra Managing Director Pawan Goenka, said, "November and December have been better than what we thought. Still not out of de-growth, but it is less than what we had some time ago. And the overall vision on what might happen in Q4 (of the current fiscal) is the same. De-growth will come down to low single digits, hoping that, with Q1 coming in, it will become flat and Q2 (of the next fiscal) is when we start seeing growth."

Vikram Kirloskar, the Chairman and MD of Kirloskar Systems, said the government needs to reflect on what needs to be fixed. "At this point, we need to reflect on what is going wrong and take measures to fix it. It is easy to say increase demand but how do you do it? India is going through a structural change in terms of how the consumer is seeing the whole situation - people are looking for more competitive products."

SpiceJet Chairman Ajay Singh, however, said the Indian economy continues to be a bright spot. "Despite all the gloom and doom, India is one economy that is bound to grow. There are some things that we need to fix. There needs to be a focus on expenditure. The credit freeze needs to go away. All those issues are internal to India. We need to fix them. But if you look at it from a global perspective, India is one of the few bright spots. The world will look to India to fuel global growth," Singh said.

The positive sentiment shared by the Indian business leaders is at odds with what many others say. For instance, for the first time, more than half of the nearly 1,600 CEOs in 83 territories surveyed by PwC said they believe the rate of global GDP growth will decline. While 53 per cent projected a decline in global economic growth (up sharply from 29 per cent last year), only 22 per cent expected improvement (down from 42 per cent). However, at a time when the confidence of global CEOs is down on economic growth, India emerged as their fourth choice after the US, China and Germany according to a PwC survey.

Among the global CEOs, at 40 per cent, Indians showed the second highest level of confidence after the Chinese (45 per cent). PwC said China is looking beyond the US for growth, even as the US retains its lead as the top market that CEOs look to for growth over the next 12 months.