We will turn a little more green (not with envy though)

Will India still be the world’s fourth-largest emitter of carbon dioxide in the New Year?

This is one more from our own wish-list that found echoes from corporate India when we asked around. A greener, cleaner India Inc. that actively seeks alternative fuel, invests in rainwater harvesting, works out of green buildings and adds up carbon credits is something we can dream of. There are many who are already in the business of greening themselves. 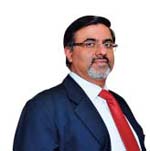 Sunil Chandiramani
Says Ambrish Bakaya, Director, Corporate Affairs, Nokia India: “In the year 2009, we will continue efforts to minimise the environmental impact of our products beginning with the extraction of raw materials and ending with recycling, treatment of waste, and recovery of used materials. We are also working on Remade, a concept phone made entirely of recycled material.”Sunil Chandiramani, National Director for Advisory Services at Ernst & Young, says sustainability should always be part of the agenda. “There is a lot that companies can do, starting from video-conferencing to cut travel, to reducing electricity usage as well as paper usage. Companies can also do a lot by just making their employees aware about these issues.”

Carbon credits or CERs are also a major attraction. CERs are credits (carbon credits) issued by United Nations Framework Convention on Climate Change to developing countries under the clean development mechanism scheme of Kyoto Protocol. These credits can be bought by the developed nations to meet their own emission reduction targets. One CER is equivalent to a one tonne reduction of carbon dioxide or corresponding greenhouse gas.

The Indian market for carbon credits was estimated at $5 billion in September this year by environment consultancy Mitcon.

However, since then the carbon credits market has crashed in the wake of the sharp fall in prices of crude. Global trade of carbon credits is likely to touch $500 billion by 2012 and then go up by $200 billion annually as the Kyoto Protocol norms will become stronger after 2012. India is the world’s fourth largest emitter of carbon dioxide and we can possibly look forward to some change in that ranking—although not in a hurry.