How to shield your investments from insider-trading scams

Sowmya Kamath
At their best, stock exchanges are meant to create information symmetry, so that everyone has access to same facts at the same time.

However, as the proliferating insider-trading scams show, the reality is far different than this.

We all have heard about the trial of former McKinsey chief Rajat Gupta in the US, as well as the imprisonment of Galleon hedge fund founder Raj Rajaratnam, for insider trading. However, in India, insider trading is not a criminal act and, more importantly, nobody has ever been jailed for it. 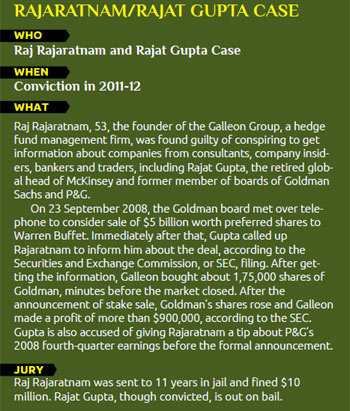 A PRIMER
Insider trading is buying/selling of a security by someone with access to material, non-public information that has the potential to affect its price. It is illegal because it is unfair to those who do not have access to that information.

Also, when a person uses such information to make money, he puts others at the risk of buying at a higher price or suffering a higher loss.

"Insider trading is rampant throughout the world," says Sandeep Parekh, founder of financial securities law firm Finsec Law Advisors and former head of legal affairs and enforcement department at the Securities and Exchange Board of India, or Sebi, the market regulator. 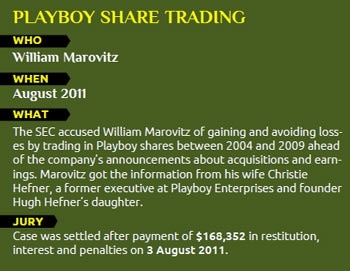 According to the Sebi (Prohibition of Insider Trading) Regulations, 1992, "An insider means any person who is or was connected with the company or is deemed to have been connected with the company and is reasonably expected to have access to unpublished price-sensitive information in respect of securities of a company or has received or has had access to such price-sensitive information."

So, any auditor, employee, promoter or their relative who has access to non-public information about a company and benefits by trading its stock is considered a culprit. For a quick comprehension, consider this.

Mr A owns ABC Industries, which is trading on exchanges at Rs 120 a share. At this stage, Mr A finds out that his company is not doing well and is likely to report a loss. So, he sells the stock at Rs 120. Later, after the company announces its results, the stock falls to Rs 60. In this case, Mr A has managed to avoid a loss.

BETWEEN THE LINES
If a stock moves sharply before a major announcement by the company, it's an indication that something is wrong Sandeep Nayak, chief executive officer and executive director at Centrum Broking, explains. "You see unexpected price movement in a stock that cannot be explained by any underlying change in the company. Obviously the news hits the market two-three weeks down the line."

And when the news is formally released, the stock may actually fall, which means people in the know may be selling to book profit, adds Nayak.

According to experts, insider trading is difficult to prove, but Sebi is making as much effort as it can to crack down on this practice. It is evident that investors who are not in the loop either lose money or opportunity to make money. But how strong has been the enforcement of insider-trading rules in India?

Recently, Sebi changed rules related to consent settlement. In consent settlement, the person accused of insider trading can, without accepting or rejecting the charge, pay a fine to Sebi, which drops the case. In 2010-11, Sebi initiated probe into 28 cases of insider trading and completed investigation in 15, according to its annual report.

In India, while many people praise laws and investigations in other countries, experts believe that Sebi, too, is good at law enforcement. "In the last three financial years, Sebi has investigated 57 cases. While warnings have been issued in all these cases, some people have also been suspended from the market," says Rohit Mahajan, partner and co-head, forensic services, KPMG. 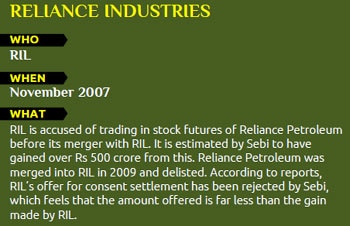 While nobody has been jailed for insider trading till date, the market regulator has taken many cases to court. In India, insider trading is an economic offence, not a criminal one.

"I think Sebi is reasonably good. In India, justice takes a long time. Sebi can impose a penalty up to Rs 25 crore or three times the gain made from such trades," says Parekh of Finsec Law Advisors.

Sebi has been seeking permission from the government to tap phone calls to nail people indulging in this unhealthy practice.

Any auditor, employee, promoter or their relative who has access to non-public information about a company and benefits by trading its stock is considered a culprit.

"As a retail investor, you should worry as insider trading can inflate the cost of equity that you buy," says Mahajan of KPMG.

However, the offence is becoming difficult to commit with Sebi introducing fresh measures to curb it, according to Centrum's Nayak. The regulators are becoming stricter, according to experts. For instance, Japan's Securities Exchange and Surveillance Commission sought penalties in five insider trading cases ahead of public share issues where it has found that employees at brokerages have been leaking information.